The new measures, which came into effect at 12.01am on Monday, could see hefty fines or jail time for returning travellers who have visited India within the last 14 days. 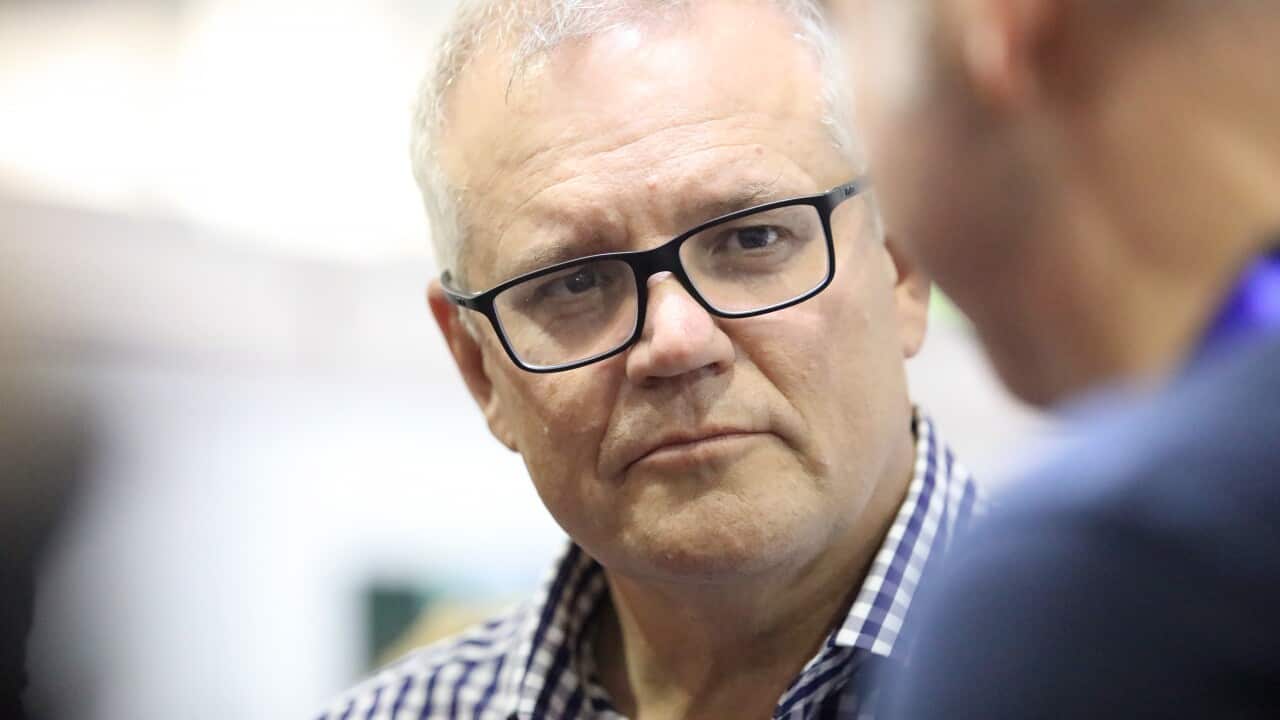 A legal expert says the Morrison government’s new crackdown on returning Australians in India is potentially “discriminatory” and may constitute a breach of the law.

Health Minister Greg Hunt last week announced a "temporary pause" on travellers who have visited India within 14 days of their intended arrival date in Australia.

Failing to comply with the emergency determination under section 477 of the Biosecurity Act, which came into effect at 12.01am Monday, could attract a $66,600 fine or a five-year jail term.

Advertisement
No such measure has been applied by the government to any other international COVID-19 hotspot so far.

“The measures do not take into account the individual circumstances of people who are returning from India - whether they’ve had COVID-19, how long they were in India,” he told SBS News.

“What Section 477 of the Biosecurity Act says is that, before the health minister makes an announcement like this, he or she has to be satisfied that it is the least restrictive and most proportionate measure that can be used."

The section states that the health minister must be satisfied "that the requirement is no more restrictive or intrusive than is required in the circumstances".

Mr Barns said there was arguably scope for impacted travellers to challenge the measures on legal grounds.

In such an instance, he said the onus would be on the government to supply evidence to demonstrate that these measures were the least restrictive under the circumstances.

“Given the paucity of information, and the failure of the government to educate the community in relation to this aspect of the Biosecurity Act, I think it is challengeable,” he said.

“It’s incumbent upon the government under this legislation to seek alternatives which are less restrictive, and which do not criminalise people for simply seeking to return to their home country.

“Especially given it’s an extraordinary measure, it’s an extreme measure - the likes of which we have not seen previously; and it’s the first time this power has been used in this way.”

Defending the policy on Sunday, Foreign Minister Marise Payne said it was "entirely founded in the advice of the chief medical officer".

While Professor Kelly said he gave the government no advice on fines or jail, his letter to Mr Hunt specifically noted the penalties.

He told the health minister he was satisfied making it an offence for a person to enter Australia if they had been in India in the preceding 14 days was necessary to control the spread of coronavirus.

Professor Kelly said the biosecurity laws should only be used for as long as necessary, in line with a pause on all flights until at least 15 May.

"I wish to note the potential consequences for Australian citizens and permanent residents as a result of this pause on flights and entry into Australia," he wrote.

"These include the risk of serious illness without access to health care, the potential for Australians to be stranded in a transit country, and in a worst-case scenario, deaths."

Addressing the issue of legality, Mr Hunt said it was the government’s “strong, clear, absolute belief” that the measures imposed were legal.

“The chief medical officer's advice was very clear. It is public,” he told reporters on Monday.

“In Howard Springs alone we saw a seven-fold increase in cases.”

Mr Barns said the federal government needed to be more transparent and provide data to demonstrate that evoking the Biosecurity Act was the “least restrictive” measure available.

“Is it seriously suggested that public health officials were suggesting that the only measure that could be taken was to detain and jail and record a criminal conviction against a person who simply returned to their homeland?” he said.

Mr Barns argued the measures could also constitute discrimination - a claim the federal government has denied.

“On the face of it (the measure was) discriminatory, in the sense that the Biosecurity Act was not applied in relation to the United States and United Kingdom when COVID-19 levels were at their highest,” he said.

“The government says this is not discrimination, but it has the hallmarks of using the Biosecurity Act for discriminatory purposes.”

“The need for such restrictions must be publicly justified. The government must show that these measures are not discriminatory and the only suitable way of dealing with the threat to public health,” it said in a statement.

Christopher Ward SC, the president of the International Law Association, likewise said the constitutionality of the measure was “deeply questionable”.

Meanwhile, Australian barrister, human rights and refugee advocate Julian Burnside said he was "horrified" by the government's move to ban arrivals from India.

He said Australia could easily accommodate returning nationals through other methods.

"We could have them in home detention, with ankle bracelets if necessary to make sure they stay home where they're supposed to be," he told SBS News.

"We could use places like Christmas Island. The government is very good at establishing large places for people from overseas that they do not want here. These are Australian citizens, they're entitled to be here."

Senator Payne has ruled out Christmas Island as an option for returning travellers from India.

"We've been very clear that Christmas Island is being used for other purposes and it is not suitable for the current cohort of returning Australians because of that," she said.

Unlike Australia, other countries that have placed bans on travel to and from India have issued broad exemptions, namely for citizens and professionals.

The United States enacted a travel ban on non-US citizens travelling from India, to take effect from Tuesday.

However, this policy will not apply to US citizens, and anyone returning to the country will be subject to standard coronavirus testing measures and made to enter quarantine if they have not been vaccinated.

The United Kingdom has added India to its “red list”, which means travellers who have been there during the last 10 days are not permitted entry.

But UK nationals and residents are exempt from this rule, and are instead required to self-isolate in a government-approved hotel.

Some professionals, including engineers, medical staff and journalists, are also exempt from the list.

Prime Minister Scott Morrison has also defended the India travel ban, saying it was temporarily being put in place to prevent a third wave in Australia.

He also downplayed concerns the decision to impose the hefty response amounted to a misuse of government power.

"I understand the measures have strong sanctions with them – we’ve had the Biosecurity Act in place now for over a year and no one has gone to jail," he told 2GB Radio on Monday.

"There hasn’t been any irresponsible use of those powers. My heart breaks for the Indian community, but I assure them I am going to restore those repatriation flights."

Around 9,000 Australians in India are currently registered with the Department of Foreign Affairs and Trade as wanting to return home, including about 650 who are classed as vulnerable.