Wage theft penalties have been sensationally dumped from the federal government's industrial relations omnibus bill, which had been drafted after months of negotiations. 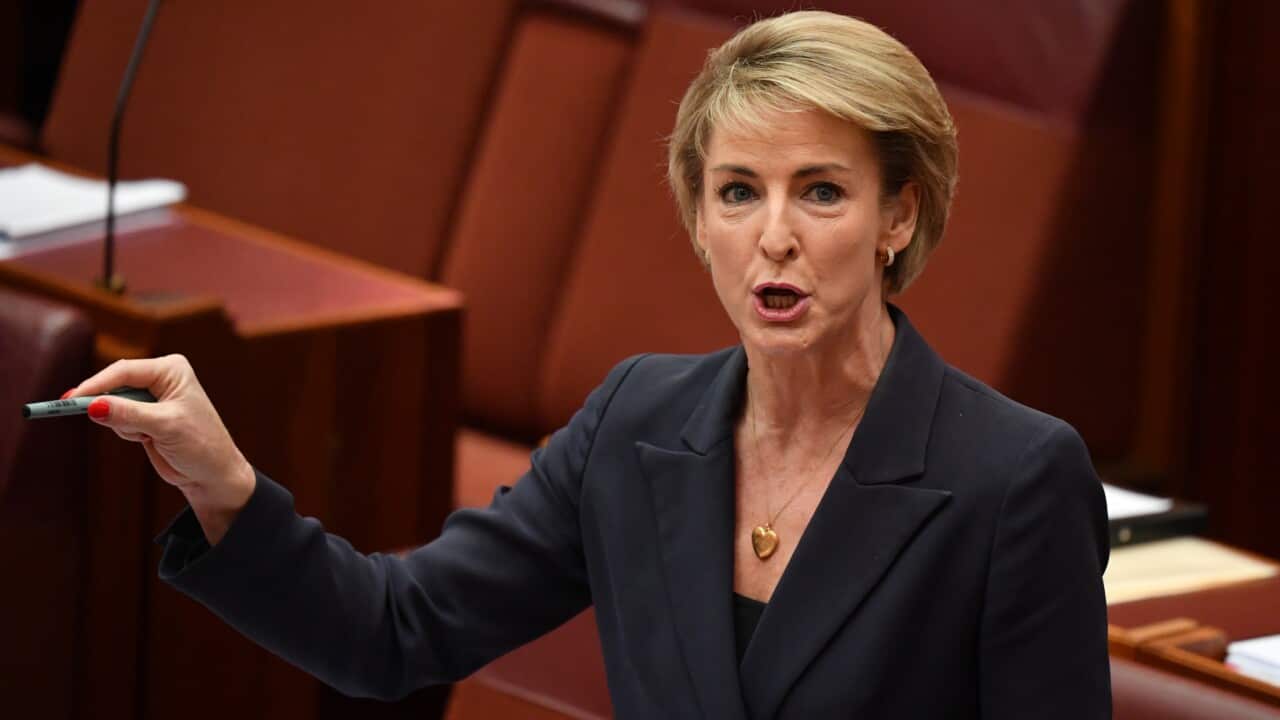 Minister for Employment Michaelia Cash during debate in the Senate chamber at Parliament House in Canberra on Thursday. Source: AAP

The Morrison government has sensationally dumped the vast majority of its own industrial relations reforms including wage theft penalties.

The coalition could only salvage increased rights for casual workers to ask for permanent jobs and a definition of that work type from its original bill.

Advertisement
The wide-ranging omnibus bill was drafted after months of negotiations between unions, business groups and the government.

After it became clear Centre Alliance's Stirling Griff - who held the deciding vote - would back only the casuals and wage theft provisions, the government gutted the package.

Prime Minister Scott Morrison blamed Labor for leading opposition to the bill despite his government failing to win crossbench support for the measures.

"There are many in the Senate and the Labor Party in particular who don't share my passion for creating jobs," he told reporters in Canberra on Thursday.

"I am a practical person, too. That means if this Senate is saying they don't wish to support those measures, then we will have to consider that in terms of how we go forward because I will send them other things to approve."

Senator Griff said he was gobsmacked with the government's decision to scrap wage theft penalties.

"Shame on you all for trashing such an important amendment," he told parliament.

Wage theft penalties were supported by all five crossbench senators in a rare consensus on the controversial reforms.

Australian Council of Trade Unions secretary Sally McManus said the government was walking away from nine months of negotiations.

"This is shameful and vindictive reaction to not getting widespread support for other changes that would reduce workers' rights," she said.

The government forced the heavily amended bill through the upper house on Thursday, the last Senate sitting until mid-May.

Industrial Relations Minister Christian Porter was on leave for the crucial week of negotiation after emphatically denying historical rape allegations.

His temporary replacement Michaelia Cash said the watered down bill would provide certainty for small business and casual workers.

Labor Senate leader Penny Wong said the government was too distracted by other problems to negotiate the passage of its reforms.

"This is a government in crisis," she told the chamber.

One Nation supported the government's package after striking a deal for small changes to rules around converting to casual employment.

Independents Jacqui Lambie and Rex Patrick had proposed dumping all of the bill except for the wage theft penalties.