Shortly after the comments, US President Donald Trump also took aim at the teenager on Twitter. 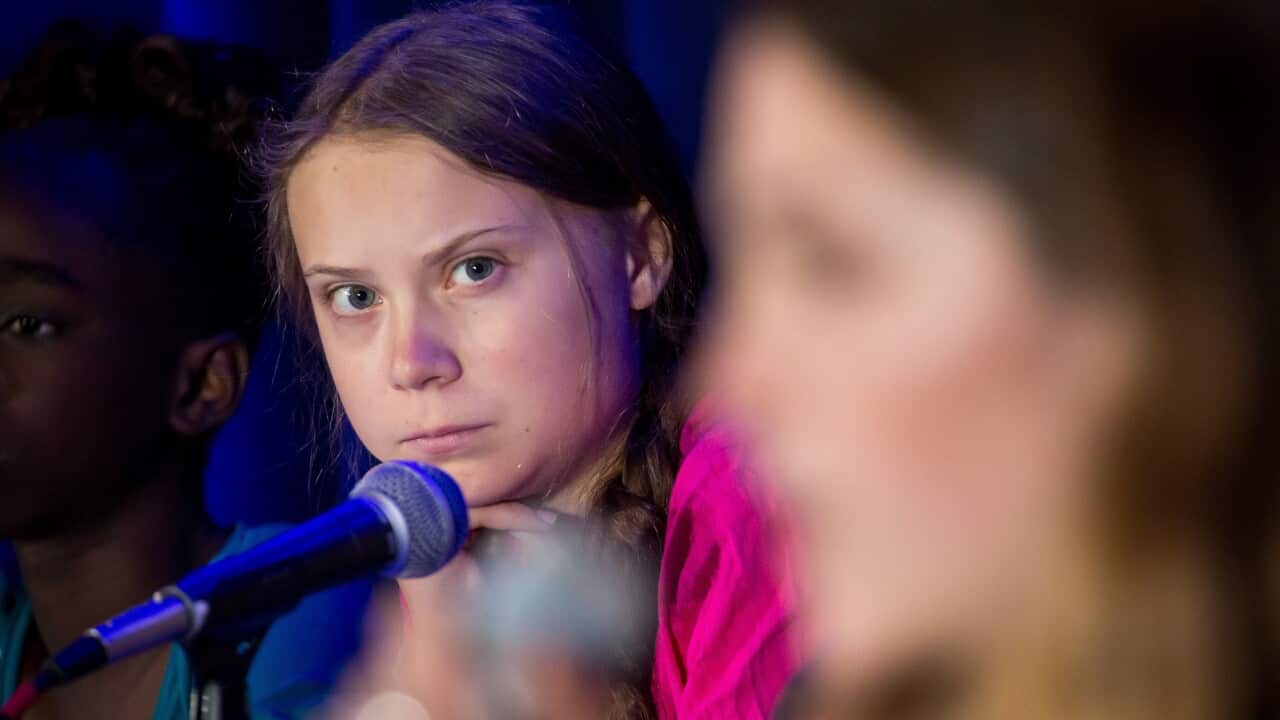 Conservative commentator Michael Knowles appeared on the program to discuss an article about people giving up meat, but launched into an attack on the climate action movement days after the UN Climate Summit was held in New York.

"None of that matters because the climate hysteria movement is not about science," Mr Knowles said.

"If it were about science it would be led by scientists rather than by politicians and a mentally ill Swedish child who is being exploited by her parents and by the international left."

The other guest on the panel, political commentator Christopher Hahn, quickly called Mr Knowles out on his statement, labelling him "despicable" and urging him to apologise on air.

"You're a grown man and you are attacking a child, shame on you," he said.

"Maybe on your podcast, you can get away and say whatever you want because no one is listening, you are on national television be a grown-up when you are talking about children."

The Swedish activist has previously described living with Asperger syndrome, which falls on the autism spectrum, as a gift because it helps her "see things from outside the box".

On Wednesday, hours after the segment aired, Fox News issued an apology to Ms Thunberg, who had a day earlier made headlines for delivering a searing speech to world leaders at the UN.

"The comment made by Michael Knowles who was a guest on The Story tonight was disgraceful - we apologise to Greta Thunberg and to our viewers," a spokesperson reportedly said in a statement.

Mr Knowles later shared a clip of the segment on Twitter, standing by his earlier statements.

Late on Tuesday evening, US President Donald Trump also
appeared to take aim at Ms Thunberg
, sharing a video of her UN speech - where she attacked world leaders for their climate change inaction - with the caption: "She seems like a very happy young girl looking forward to a bright and wonderful future. So nice to see! ".

No stranger to public attacks from adults, Ms Thunberg appeared to take the President's comments on the chin, updating her Twitter bio to echo Mr Trump's tweet.