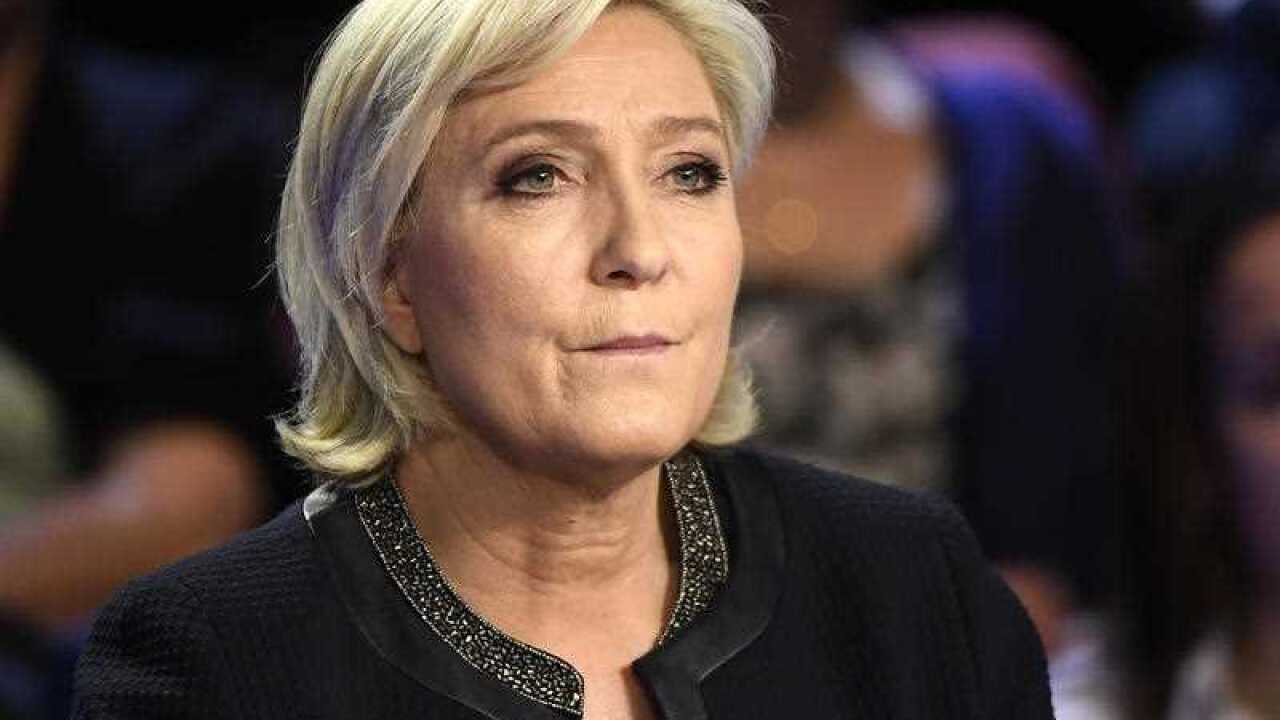 French prosecutors have asked the European parliament to lift the immunity of far-right presidential candidate Marine Le Pen over an expenses scandal, deepening her legal woes on the eve of the election, legal sources said Friday.

The move comes just nine days before France heads to the polls for a highly unpredictable vote with Le Pen, who heads the eurosceptic National Front (FN), one of the frontrunners in the April 23 first round.

The request was made at the end of last month after Le Pen, who is a member of the European Parliament, invoked her parliamentary immunity in refusing to attend questioning by investigating magistrates.

The prosecutors also made a similar request regarding another MEP from Le Pen's party, Marie-Christine Boutonnet, who also avoided questioning.

Le Pen, who has denied misusing parliamentary funds, shrugged off the move, saying it was "normal".

The case was triggered by a complaint from the European Parliament, which accuses the FN of defrauding it to the tune of some 340,000 euros ($360,000).

The parliament believes the party used funds allotted for parliamentary assistants to pay FN staff for party work in France. In February, it said it would start docking Le Pen's pay unless she paid back the money.

The allegations appear to have little impact on Le Pen's campaign, being dwarfed by the bigger scandal engulfing her conservative rival Francois Fillon.

Fillon was revealed in January to have given his wife an allegedly fake job as a parliamentary assistant for which she was paid a total 680,000 euros ($725,000).

The affair, which culminated with him being formally charged last month, has thrown his campaign into turmoil but the former premier has managed to climb back into the race in the past few weeks.

While polls still show Le Pen and centrist independent Emmanuel Macron leading the field on around 22-24 percent each, their support is slipping, allowing radical Communist-backed candidate Jean-Luc Melenchon and Fillon to narrow the gap with 18-20 per cent each.

The two leaders of the first round will go through to a decisive run-off on May 7.

Surveys show Le Pen would be beaten by any of the other three main contenders at this point but analysts have warned of a possible upset, after Britain's shock vote to quit the EU and Donald Trump's election in the US, both of which pollsters failed to predict.

Investigators probing the allegations against the FN raided the party's headquarters outside Paris last month.

Le Pen's chief of staff Catherine Griset was questioned at length by investigators before being charged with concealment.

The parliament, which meets in both Strasbourg and Brussels, says Griset was among the employees paid from funds for work in France.

Charles Hourcade, a former assistant to Boutonnet who once worked as a graphic designer at the FN's headquarters, was also charged over the affair.

Le Pen's bodyguard Thierry Legier was also questioned by investigators but was not charged.

Le Pen has already had her parliamentary immunity lifted over a separate affair dating to 2015 when she shared graphic pictures of Islamic State atrocities on Twitter.

Those pictures saw her placed under investigation for "dissemination of violent images".