Prime Minister Malcolm Turnbull says the construction of 12 new submarines will be an enormous national endeavour, creating jobs for Australians. 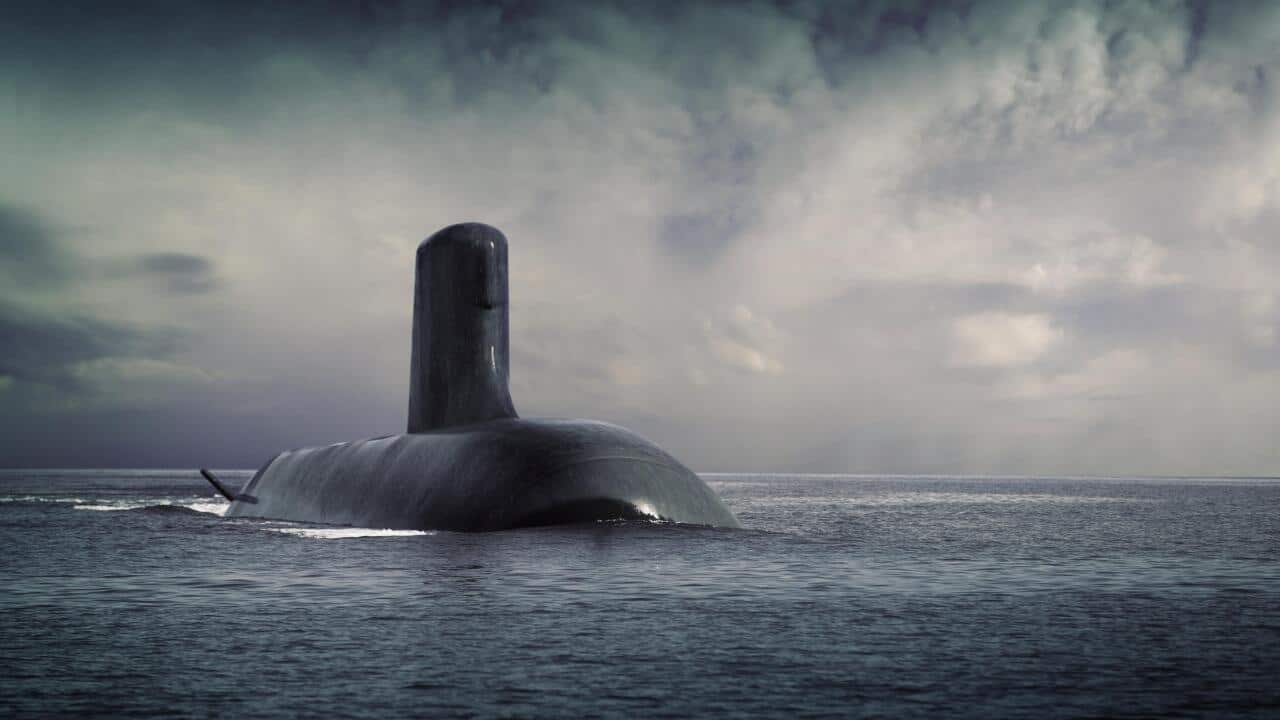 A French company will build Australia's 12 new submarines in Adelaide, creating thousands of local jobs, but the start of actual building work is still years away.

"All 12 submarines will be built in Adelaide. Not any will be started in France. This is definitely not a hybrid build. It is a local build," he said.

However, many components, including diesel and electric engines and sensors, will be sourced overseas. The new subs will be equipped with the US combat system and Mark 48 torpedoes as used on Australia's old Collins subs.

Companies such as Civmec in Western Australia and BAE Systems in Melbourne will also be pitching for their share.

The French beat bids from Germany and Japan because their design met defence requirements for the world's best conventional subs.

DCNS's design, based on the company's Barracuda nuclear attack boat, will require a few more years to be finalised. New infrastructure will be needed at Techport, outside Adelaide, where the new subs will be built.

Mr Pyne said actual construction would not start until the early 2020s. The first will enter service in the early 2030s.

The announcement brought delight to shipbuilders and South Australia which is to lose its automotive industry with the closure of the Holden plant next year.

Mr Pyne described this as "sheer unalloyed joy" for the local defence industry.

SA Premier Jay Weatherill said this confirmed his state would have a high-tech naval shipbuilding sector for decades to come.

Government-owned shipbuilder ASC, which constructed the six Collins boats, said this was an endorsement of its highly-skilled workforce and recent productivity gains.

But Labor defence spokesman Stephen Conroy said Mr Turnbull needed to guarantee that all 12 subs would be built entirely in Australia.

"We need to see all of the components be manufactured as much as is practical in Australia," he said.

Independent senator Nick Xenophon asked what would be done for jobs in the near future.

"If it's still six or seven years away, as welcome as that is ... we need to know what will happen in the meantime to our naval shipbuilding workforce," he said.

The decision places a large part of Australia's defence industry in French hands and that could become even larger.

DCNS will now be well-placed to acquire ASC, formerly the Australian Submarine Corporation.

As well, DCNS' FREMM frigate is shortlisted for the $30 billion project to build nine new warships to replace the navy's eight Anzac frigates.

DCNS says it expects to begin design work on the new fleet this year.