Myanmar's powerful military chief is in the spotlight after he seized power in a coup d’état, just months before he would have been subject to mandatory retirement. 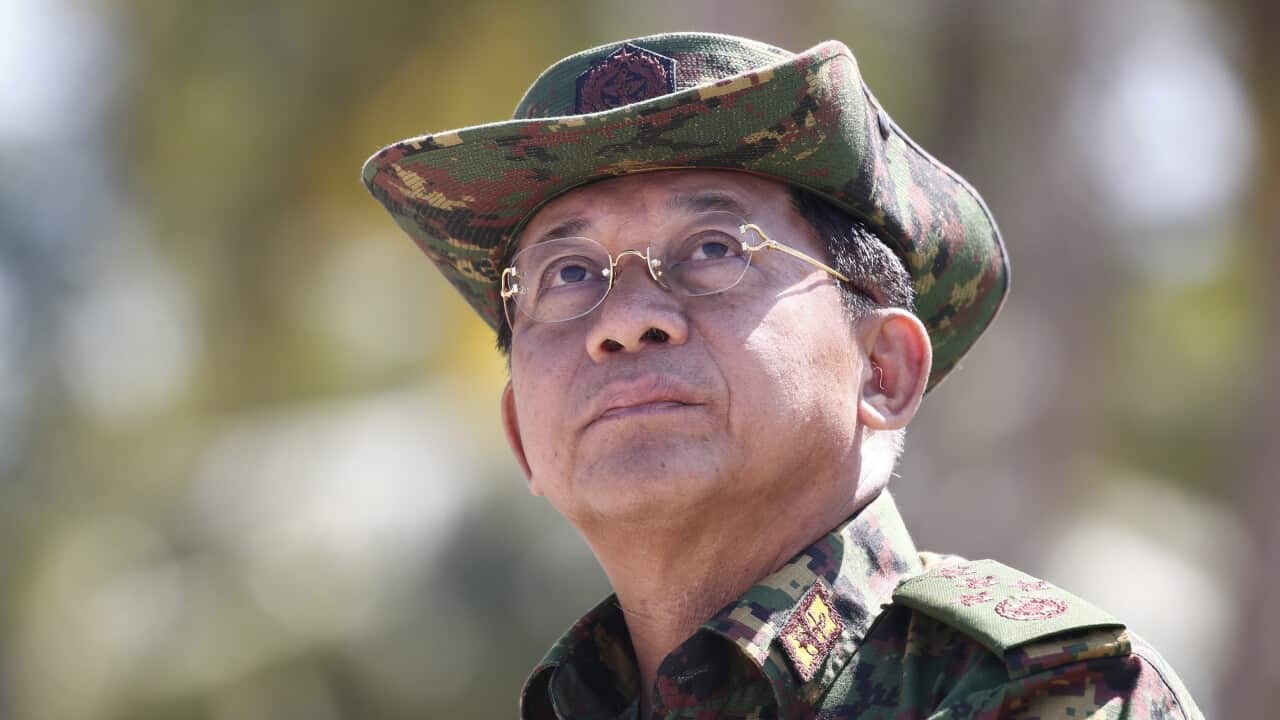 After taking credit for restoring Myanmar's democracy but then watching the military get smashed in elections, the country's top general has
seized power
just months away from official retirement.

General Min Aung Hlaing is an international pariah who has been condemned for presiding over a brutal crackdown on the country's stateless Rohingya population in 2017.

A 2018 United Nations report said the Myanmar military had carried out killings and mass rape with "genocidal intent" during the crackdown, which saw more than 700,000 Rohingya Muslims flee into Bangladesh.

Min Aung Hlaing has been banned from Facebook for stoking hate speech against the persecuted minority, and UN investigators have called on him and other top army leaders to be prosecuted for genocide.

He is also under US travel and financial sanctions for the campaign against the Rohingya, which the US has described as ethnic cleansing.

But for years he has steadfastly denied nearly all allegations of human rights abuses and says the military operations were justified to root out insurgents.

The 64-year-old was tapped to head the country's armed forces in 2011, just as a previous generation of military leaders were transitioning the country to a parliamentary system after decades of junta rule.

Diplomats in Yangon said that by 2016, Min Aung Hlaing had transformed himself from taciturn soldier into a politician and public figure.

He has embarked on an ambitious and expensive programme to outfit the army with modern equipment, sourcing new weapons and hardware from China, Russia, Israel and other big arms sellers.

But he has also hinted at his own political ambitions after he turns 65 later this year - the age he would have been subject to mandatory retirement.

U Win Htein, an advisor to the country's de facto civilian leader Aung San Suu Kyi, who has been detained in this week's coup, told the New York Times in 2017 that Min Aung Hlaing's plan was to become president in 2020.

"He had flirted with the idea of running for election himself as a civilian," said Myanmar analyst Herve Lemahieu from Australia's Lowy Institute.

Mr Lemahieu said the general had probably hoped for a path to higher office with the help of a military-backed political party, which was routed in an election last November.

"He's probably calculated now that... there is no electoral means by which he could stay in power," Mr Lemahieu said.

The November poll was won in a landslide by Nobel laureate Ms Suu Kyi and her National League for Democracy (NLD) but the military has disputed the results of the vote.

Before the vote, Min Aung Hlaing had pledged to honour the outcome of the election.

But he dramatically raised tensions last week when he suggested the country's constitution could be "revoked" if the political impasse could not be solved.

Now that he has taken charge, the general is likely to move quickly and stage a new vote that will "stack the game in his favour", Mr Lemahieu said.

"I think he will try to put the country back on track towards some kind of on-paper election in which the major players including... Aung San Suu Kyi will be barred from running," he added.