As the federal election approaches, new polling shows how public attitude to climate change are shifting. 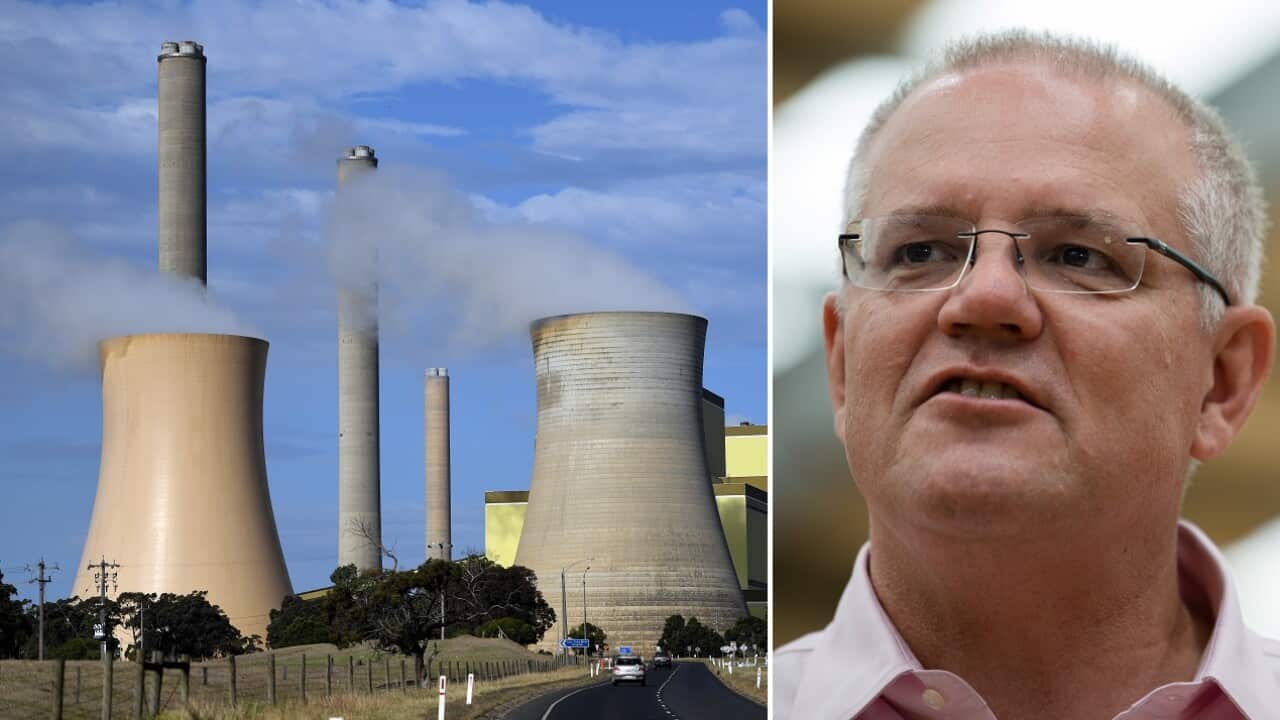 Only 13 per cent of Australians believe the Morrison government is doing a good job in addressing climate change, according to a new poll.

Results from an Ipsos poll released Sunday
framed public perceptions of climate change in the leadup to the federal election, due in May.

It found almost half of Australians now feel that "honouring the Paris Climate Agreement should be a key priority" for this country.

Advertisement
And many Australians want to go even further. Forty per cent said they would like to see an emissions reduction target set that goes beyond reducing emissions by 26 per cent - 28 per cent on 2005 levels by 2030 as set out in the Paris agreement.

In a statement, Ipsos said the poll "uncovered a growing momentum for action on climate change and acceptance of the role of humans in causing it".

"We also [found] that the majority of Australians believe that they will not be negatively impacted by a move towards renewables and that support for climate action by the government is on the rise."

The survey asked a "representative sample" of 1000 people and was conducted in December 2018.

The findings come as Labor
announced its climate policy on Monday
.

If Labor wins May's federal election, Australia's 250 biggest polluting businesses would have to cut or offset emissions but could make money by selling carbon credits if they overachieve.

Opposition leader Bill Shorten is promising exemptions from the new scheme for major industries like steel and agriculture.

Australia has committed to reducing emissions to 26-28 per cent on 2005 levels by 2030, a milestone the federal government insists it's on target for. Source: AAP

Labor's climate policy is an extension of the coalition's "safeguard mechanism" that limits pollution by big industries.

"[Business] don't want to start from scratch with another mechanism. Industry feedback has been unanimous, businesses want Labor to expand the safeguard mechanism, and we've listened."

Some big polluters had their baseline pollution limits set above their worst polluting days, meaning the limit effectively allowed them to increase emissions.

The party would significantly expand the range of ways to do that.

"Bill Shorten does not have a plan, he just has another tax. That's all this is," he said.

Labor also confirmed it will not use the carbon credits from the earlier Kyoto climate agreement to meet Australia's targets under the Paris agreement.

Mr Shorten called the coalition's plan to use the Kyoto credits "fake action on climate change", saying Ukraine was the only other country to do the same.

Electricity generators also won't be covered by the mechanism, instead falling under Labor's energy policy.

Labor will also set a national electric vehicle target of 50 per cent of new car sales by 2030, as Australia lags behind other developed nations in adopting the new models.