The 2021 Australian of the Year Grace Tame appeared visibly uncomfortable as she met with Scott Morrison ahead of an event at the prime minister's residence. 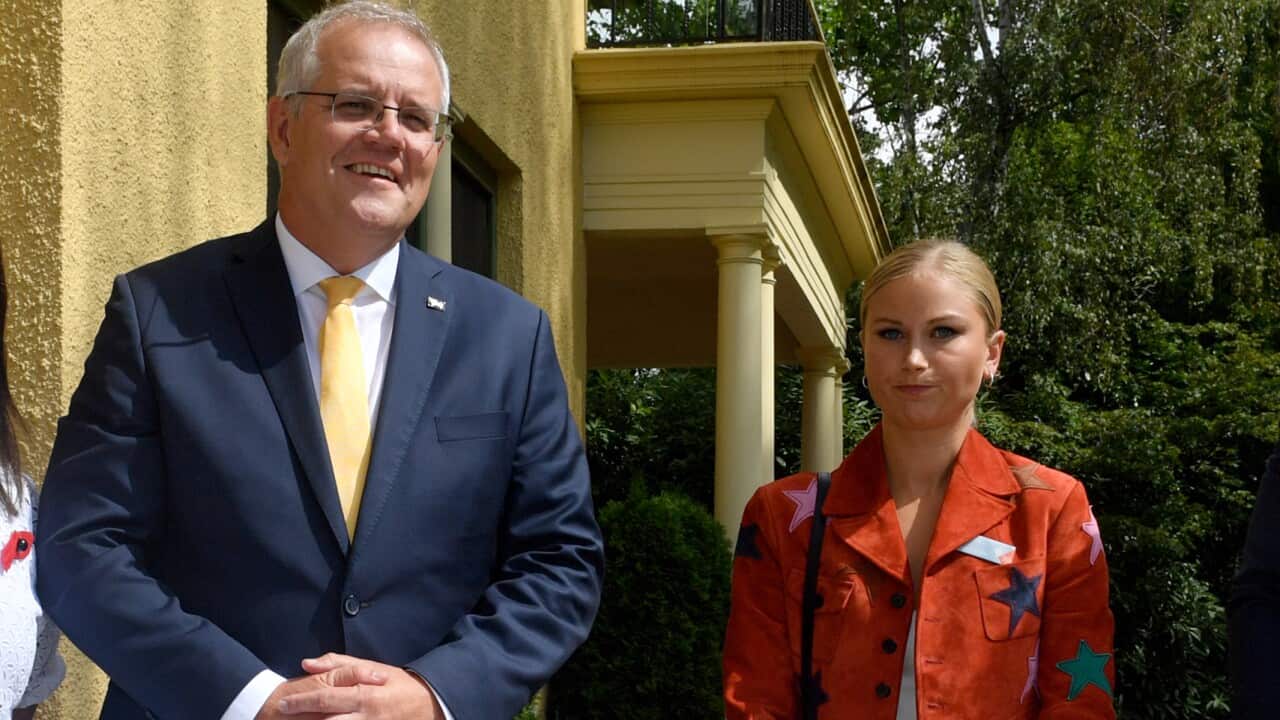 Prime Minister Scott Morrison and 2021 Australian of the Year Grace Tame during a morning tea held at The Lodge in Canberra. Source: AAP

Grace Tame has delivered a cold reception to Prime Minister Scott Morrison on Tuesday during a meeting between the pair during an event held at The Lodge.

The 2021 Australian of the Year was attending a morning tea hosted for the finalists of this year’s award at the prime minister's residence in Canberra.

Ms Tame appeared stoic as she watched Mr Morrison and his wife Jenny pose for photos with other people, before approaching the pair with her fiancé Max Heerey.

“How are you going - congratulations on the engagement,” he said.

She smiled at Jenny Morrison after she made a comment that could not be heard.

But Ms Tame then appeared visibly reserved as photos were taken next to the prime minister.

The advocate for survivors of sexual abuse has been unafraid to criticise Mr Morrison's handling of issues relating to the treatment of women.

She had earlier tweeted an image about her two days in Canberra stating: “On second thoughts let’s not go to Canberra. It’s a silly place."

"Grace, you've inspired countless Australians and you've earned enormous respect," he said during an address to the National Press Club.

"The events that occurred in parliament ... constituted a powerful wake-up call.

"But we've had so many wake-up calls. We have no excuse to wait for another."