The parents of Aiswarya Aswath, who died while waiting for treatment at Perth Children’s Hospital, have launched a hunger strike outside the hospital. 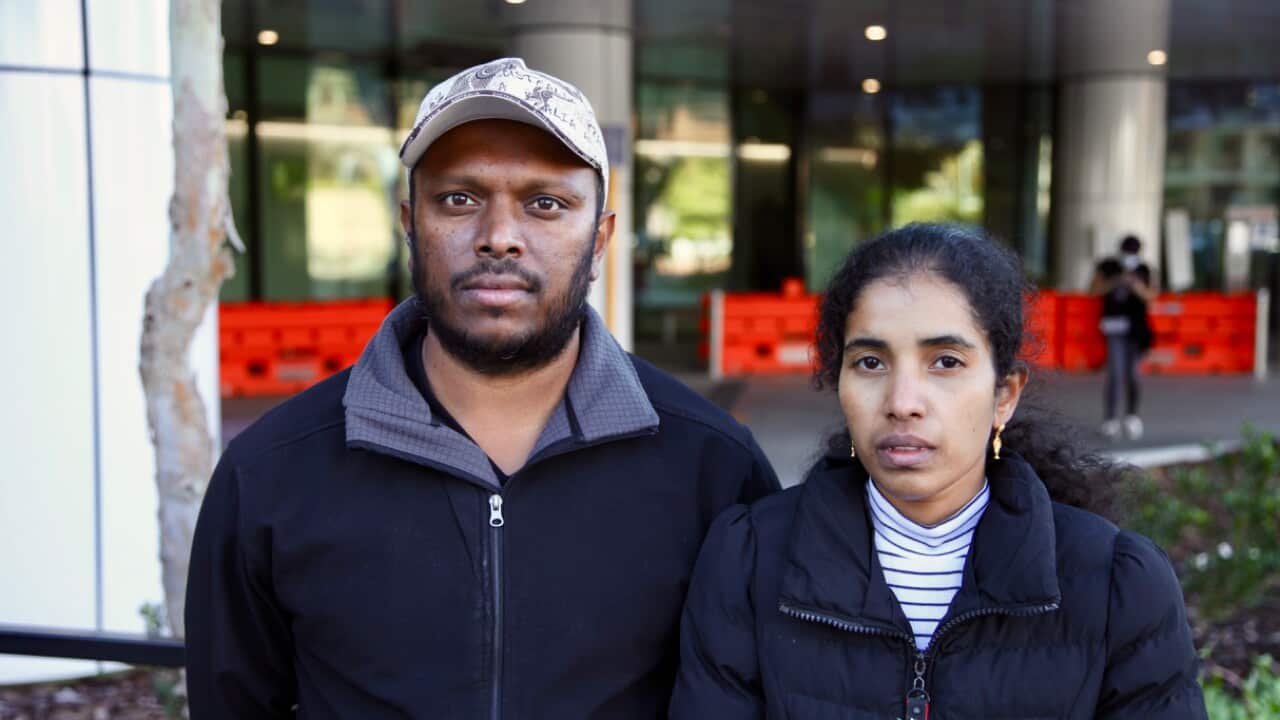 The parents of a young Perth girl who died while waiting for medical treatment have launched a hunger strike outside the hospital.

Seven-year-old Aiswarya Aswath died at Perth Children’s Hospital
on 3 April after she was made to wait two hours to see a doctor.

Her parents began a protest outside the hospital’s emergency department at midnight on Friday, exactly four weeks after they brought their daughter to the building seeking medical treatment.

Advertisement
Aswath and Praseetha Sasidharan have vowed to remain on strike outside the emergency department until the West Australian government commits to establishing a thorough, independent review of the incident.

“We’ve been let down and we’re losing hope in the system. We are still waiting for the initial report from the hospital,” Aswath said on Saturday.

The WA Child and Adolescent Health Services (CAHS), which manages the hospital, has launched its own review of the incident to determine what happened.

The review and report were initially expected to be completed in four weeks, led by a team of medical professionals from within the Child and Adolescent Health Service.

But four weeks after Aiswarya's death, the family still has not been provided a report or a timeline of when to expect it. They also still do not know the cause of their daughter’s death.

“We were really worried. Her condition was deteriorating quickly. That’s why we tried to raise their concern, and they didn’t respond the way we thought staff in an emergency department normally would,” Praseetha said.

The parents brought their daughter to the hospital after she developed a fever.

The girl was initially seen by a nurse and allocated a triage score of four, indicating a low priority patient.

Her parents remained in the waiting room, as Aiswarya's condition rapidly deteriorated. They say they begged hospital staff several times to see a doctor.

They waited more than two hours before a doctor finally saw Aiswarya, by which time she was barely conscious. She reportedly died around 15 minutes later.

"I was very concerned, because her hands were cold and also her eyes were not normal. I was worried. I approached a lot of staff there, but they didn’t think it was an emergency. They just said, 'the doctor will come and have a look'," Aswath said.

He said he and his wife started the hunger strike because "we do not want anyone else to face such a tragedy".

"Aishwarya is not the first child to face this, but we want her to be the last one," he said.

WA Health Minister Roger Cook has been contacted for comment.

Perth Children’s Hospital chief Aresh Anwar spoke with Aswath and Praseetha on Saturday morning and they are expected to meet with more hospital representatives later in the day.

In a statement to SBS News, Dr Anwar, who is also CEO of the Child and Adolescent Health Service, said support is being provided to the family.

"Our sympathies and thoughts remain with Aishwarya’s family and friends. We continue to offer any support we can to the family.

He said an independent review is underway and due to be completed within 28 days.

"Pivotal to the root cause analysis, is a robust review of all the evidence. This has been, and will continue to be, the critical factor in determining the timeframe for the report."