'Head and heart no longer in the job': Michael Gunner resigns as Northern Territory chief minister

Mr Gunner announced his decision to resign almost immediately after he delivered the territory's budget. 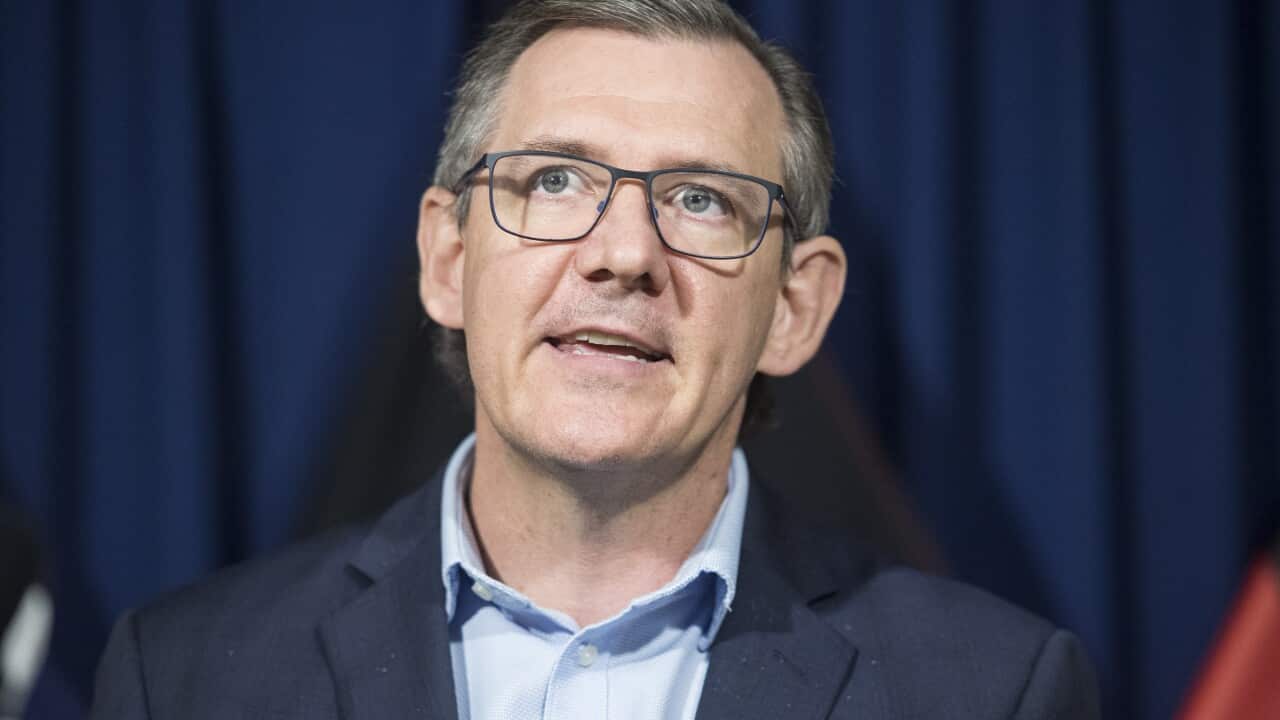 Northern Territory Chief Minister Michael Gunner has resigned from the top job while on paternity leave, saying his head and heart are no longer in the job.

The first territory-born Top End leader attributed the decision to the birth of his son, Nash, on 29 April and wanting to spend time with his family.

Mr Gunner, 46, said a heart attack in January 2020, coupled with the COVID-19 pandemic had taken a toll and he was tired.

Advertisement
"It has caused me to reflect a lot over the past few weeks. I've always given 100 per cent to this job and anything less is short-changing the people that sent me here," he told reporters on Tuesday.

"I can no longer keep looking Territorians in the eye and say 'I can keep giving 100 per cent every day', and if I can't do that I shouldn't be in the chair."

Mr Gunner said he didn't need a "second near-death experience to know life is unpredictable and can be cut short".

"When I held Nash for the first time, that was it, game over. I knew straight away that I was done," he said.

"I am not going to stay in the job longer than I need just for the cheque or the ego."
READ MORE
Michael Gunner hits back at US Republican Ted Cruz over NT COVID-19 vaccine mandate
Mr Gunner said he was still young for a politician but old to be the father of a newborn and a toddler daughter.

"I want to spend more of my time with now for as long as I can," he said as tears welled in his eyes.

The announcement came almost immediately after the Territory Labor leader, originally from Alice Springs, delivered the NT's budget for 2022/23.

After his budget speech to parliament, Mr Gunner told the house it was the right time for him to go, but he would remain in parliament as the Member for Fannie Bay.

"My head and my heart are no longer in the job. They are at home," he said.

Deputy Chief Minister Nicole Manison will serve as acting chief minister, with a new parliamentary Labor leader to be determined on Friday.

She thanked her colleague and said she was proud to also call him a friend.

"I think Michael will leave an outstanding legacy of being a transformative chief minister. It has been an honour. You are a legend," she said.

"Somebody who has set the foundations, economically and socially, so our kids grow up with more opportunities."
Michael Gunner has been the Northern Territory's chief minister since August, 2016. Source: AAP / Michael Franchi
Ms Manison is strongly favoured to take the position but she batted away questions about the job, saying it would be determined by the Labor Caucus.

Mr Gunner was first elected to the NT parliament in 2008 and became opposition leader in 2015.

He led Labor to a landslide victory in 2016 before his government was returned easily in 2020, partly on the back of its handling of the pandemic.

Mr Gunner said he loved the territory because it was a place of potential and possibility.

"It doesn't matter who you are, you can have a crack and make something of yourself," he said.

"And I like to think my own story shows that. A kid who grew up in public housing, who stacked shelves to get himself through uni, can serve the territory as its chief minister."
SHARE
4 min read
Published 10 May 2022 at 12:05pm
Source: AAP, SBS
Tags
Australia