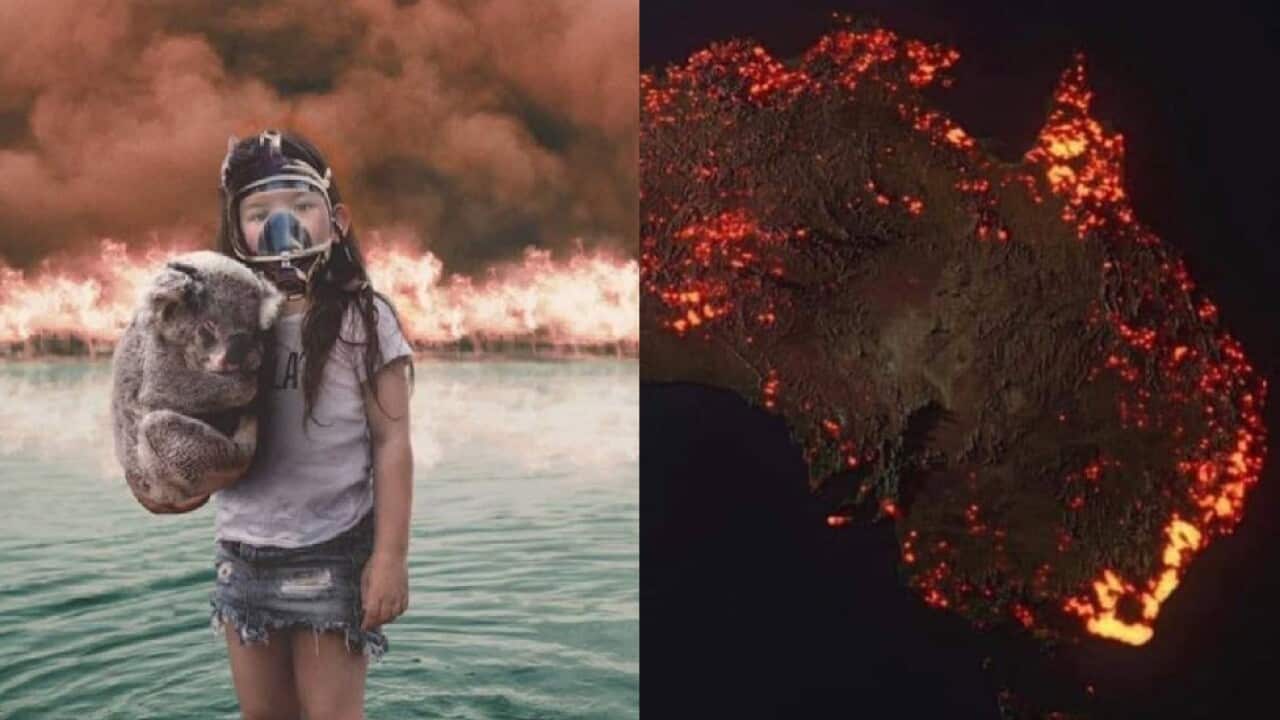 Photoshopped images and altered maps are among misinformation about bushfires spreading on social media. Source: Twitter

Tammy Holmes is seen taking refuge with her grandchildren under a jetty as a bushfire engulfed the Tasmanian town of Dunalley in January, 2013. Source: Tim Holmes/AP

Advertisement
One photoshopped image that's been widely circulated shows a girl holding a koala in front of a wall of flames.

Global director of research for the International Center for Journalists, Dr Julie Posetti, is the co-author of a
UN handbook on journalism and disinformation
.