The PM has used a speech to say he's looking at ways to outlaw businesses from refusing to provide services like banking or insurance to the mining industry. 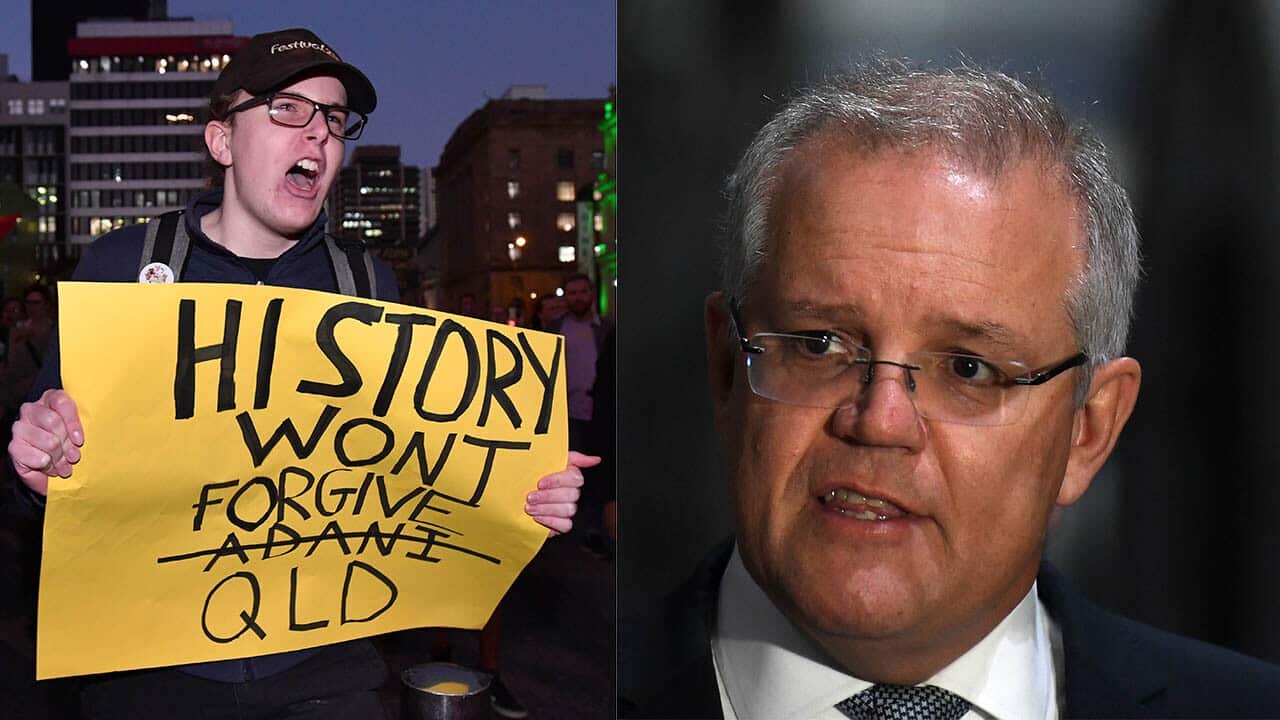 Prime Minister Scott Morrison has taken aim at the "indulgent and selfish" practices of environmental groups who campaign against Australian coal. Source: AAP

The prime minister is examining ways to outlaw the "indulgent" practice of businesses refusing to provide services like banking or insurance to the coal sector.

In a speech to the Queensland Resources Council, Scott Morrison has told Australian corporations to listen to the "quiet shareholders" and
not environmental protesters.

At the same time, he announced a new tertiary education partnership with the mining industry.

He said a threat to the future of mining was coming from a "new breed of radical activism".

"Apocalyptic in tone. It brooks no compromise. It's all or nothing. Alternative views are not permitted," Mr Morrison said.

He pointed to the "worrying development" of environmental groups targeting businesses or firms involved in the mining sector.

Mr Morrison said businesses were also refusing to provide banking, insurance or consultancy to businesses in the coal sector.

"I think some of our largest corporations should listen to, and engage, their 'quiet shareholders', not just their noisy ones," Mr Morrison said.

"Let me assure you this is not something my government intends to allow to go unchecked.

"Together with the attorney-general, we are working to identify mechanisms that can successfully outlaw these indulgent and selfish practices that threaten the livelihoods of fellow Australians."

But Mr Morrison admits the government "can't force one Australian company to provide a service to another".

Under the new skills program, the mining industry will work with the government to develop VET courses so it can recruit straight into the sector.

Mr Morrison said this was about ensuring employers were in the "driver's seat of the national training system".

The government already has two of these pilot Skills Organisations in human services care and digital technologies.

Anti-Adani protestors plan a repeat on Friday of last month's protest in the heart of Brisbane's CBD. Source: AAP

"We know that mining is a high-skill, high-wage industry and this is a further statement of confidence in the industry's future," Mr Morrison said.

"We want to be the world's number one investment destination. And that's about much more than what we've got in the ground. It's about our whole business ecosystem."