Japan's suicide rates have fallen significantly as people trade the daily stresses of work and school for family time. 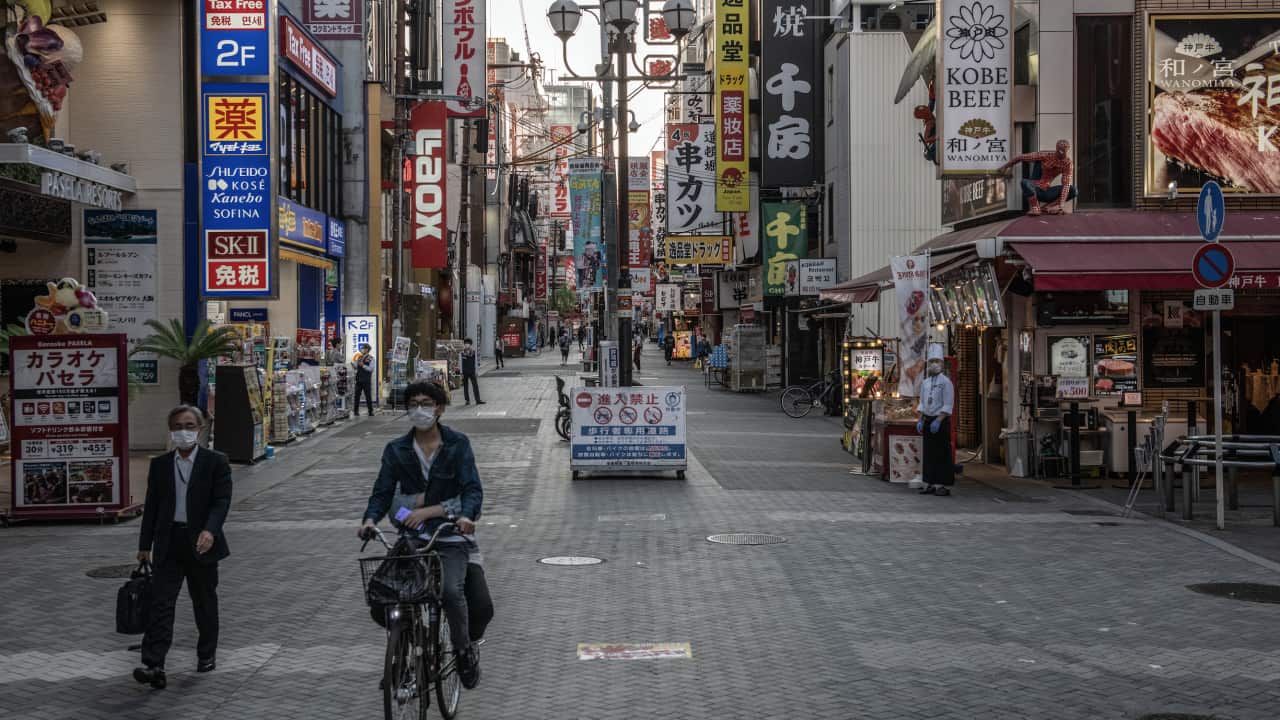 Japan has reported a 20 per cent drop in suicides in April from 12 months ago, citing decreased daily stresses during the lockdown as why. Source: Getty Images

New international mental health data is showing an increasing divide in how different cultures are coping with the coronavirus pandemic.

In Japan, April’s suicide rates were down by 20 per cent compared to the previous 12 months, with 359 fewer people taking their own lives.

Japan has now lifted its state of emergency. Source: AFP

Advertisement
Announcing the numbers this week, Japan’s Ministry of Health, Labor and Welfare said the decline could be due to reduced daily stress.

The department speculated that rather than going to work and school, Japanese people have been enjoying increased time with family and loved ones and that's having a positive impact on citizens’ wellbeing.

While Japan has recorded a decrease, other countries are bracing for a potential surge in suicide as lockdowns take their toll and the economic fallout of coronavirus restrictions deepens.

“Japan’s companies have a history of being quite hierarchical, so there’s a lot of pressure within workplaces on individuals to work long hours and there’s a history of that impacting on their mental health,” he told SBS News.

“Some of that is also showing in schools, where children experience a lot of cultural pressure to perform, and we see that in India as well, where a lot of kids commit suicide around the end of year exams because of that pressure.”

Meanwhile, in Australia, Lifeline has reported receiving more calls than ever in its 57-year history since the pandemic forced restrictions on gatherings and leaving the home in March.

The helpline received almost 90,000 calls in both March and April - a 25 per cent increase on the same time last year - which added up to about one call every 30 seconds.

About 50 per cent of Lifeline’s callers now want to discuss COVID-19.

On Friday, Health Minister Greg Hunt said neither Queensland, Victoria or Tasmania had reported any increase in suicides during the first four months of 2020.

However, recent modelling from the University of Sydney’s Brain and Mind Centre has
suggested the pandemic will take a significant mental health toll on Australia, forecasting an additional 750 to 1500 suicides per year
.

Mental health has also been a growing concern in the UK during the pandemic, with a survey of almost 5,000 adults finding 70 per cent of 18-24 year olds were feeling anxious about their futures, and 62 per cent of them were feeling increasingly lonely.

In the United States, the Substance Abuse and Mental Health Services Administration reported texts to its emergency hotline for people in distress had increased by more than 1,000 per cent in April compared with the same time last year.

Are lockdowns a blessing or a curse?

Dr Gopalkrishnan said the coronavirus lockdown meant people in Japan had traded in high pressure working and school lifestyles for increased time with their families, resulting in an increase in social capital.

However, in Australia, the family unit is typically more spread out and less connected meaning most residents do not have the same immediate access to that support without leaving the house.

“Over time, we’ve lost some of that protective factor that comes with family - we’re now highly mobile, and when this kind of crisis happens we don’t have that same connection to family inside our homes to rely on,” he said.

“A lot of young people in Australia now get that connection from their peers instead of their families, so that physical sense of human connection has been lost during the pandemic.”

A woman walks along an empty Tokyo street while wearing a face mask. Source: Barcroft Media

While Japan’s pandemic to date appears to have had a positive impact on mental health, psychiatrist and University of Sydney senior clinical lecturer Dr Neil Jeyasingam warned cultural differences may not be the cause.

“There are cultural differences in suicide patterns, as suicidology is complex, but we suspect that the apparent improvements are short term responses related to the effect of isolation and the crisis nature of the initial outbreak and are more likely the ‘calm before the storm’,” he told SBS News.

“The evidence indicates the mental health wave will likely be global.”