The New Zealand Prime Minister and US president-elect spoke on Monday for the first time since Mr Biden won the 3 November vote. 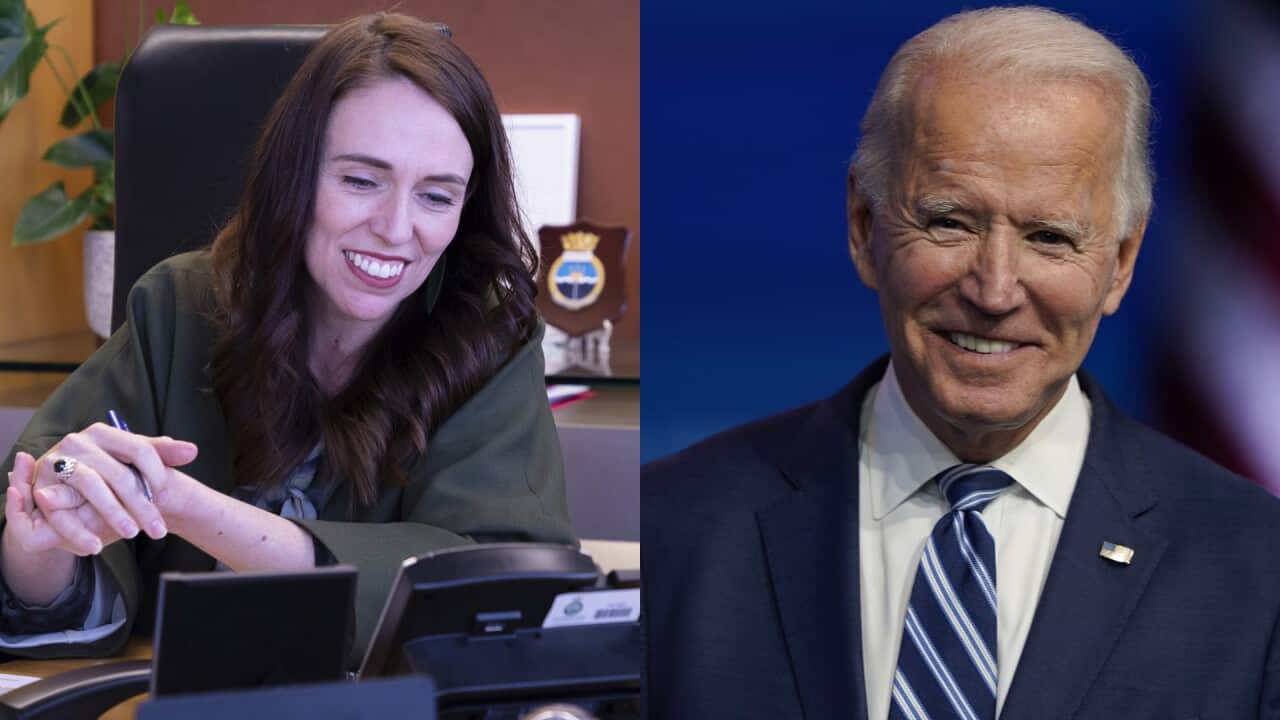 US president-elect Joe Biden has praised New Zealand Prime Minister Jacinda Ardern for her "extraordinary leadership" and for being "a working mother and role model".

In a 20-minute phone call on Monday afternoon (AEDT), the pair congratulated each other on their recent election wins and Mr Biden expressed intent to strengthen the US-New Zealand partnership.

"He noted that he looks forward to working closely with her on common challenges, including containing COVID-19; tackling climate change; reinforcing multilateralism; strengthening democracy, and maintaining a secure and prosperous Indo-Pacific region," read
a statement released by Mr Biden's presidential transition team
.

Advertisement
"The president-elect also praised the prime minister's extraordinary leadership after the 2019 Christchurch massacre, on COVID-19, and as a working mother and role model".

Ms Ardern described the conversation as "a real pleasure". She also said Mr Biden remembered his visit to New Zealand in 2016 "fondly".

"A real pleasure to speak to US president-elect Joe Biden this afternoon and congratulate him on behalf of New Zealand," she said in an Instagram post.

"We talked about climate change, COVID-19, trade and our region (which he remembers fondly from his visit a few years ago). Looking forward to speaking again!"

Ms Ardern told reporters after the call that Mr Biden had spoken very favourably about New Zealand's handling of the coronavirus pandemic and she had offered to share her nation's expertise with the US president-elect.

New Zealand has been largely successful in eliminating the virus. Only 25 people in the nation of five million have died from COVID-19.

By contrast, the US has registered more than 12 million cases and 256,000 deaths to date.

Ms Ardern said she offered Mr Biden and his team access to New Zealand's health officials "in order to share their experience on things we've learnt on our COVID-19 journey".

But she cautioned that New Zealand's measures to halt the spread of COVID-19 may not be able to replicated everywhere.

"While New Zealand has a number of natural advantages that have assisted us in managing the virus, I do absolutely believe that international cooperation continues to be key to getting the virus under control," Ms Ardern said.

"We are happy to work with any country to share our knowledge and data if it's helpful."

COVID-19 was also a focus when Prime Minister Scott Morrison spoke with Mr Biden on 12 November.

Speaking at a press conference after the call, Mr Morrison said the US president-elect was "very interested in Australia's success here and what Australia could contribute from our lessons".

The pair also discussed working together on climate change policies, the global economic recovery, strengthening democracy and maintaining a secure Indo-Pacific region, a statement from Mr Biden's team said at the time.

Mr Biden is due to be inaugurated on 20 January, but Donald Trump is still refusing to concede defeat and continuing with baseless claims of voter fraud.