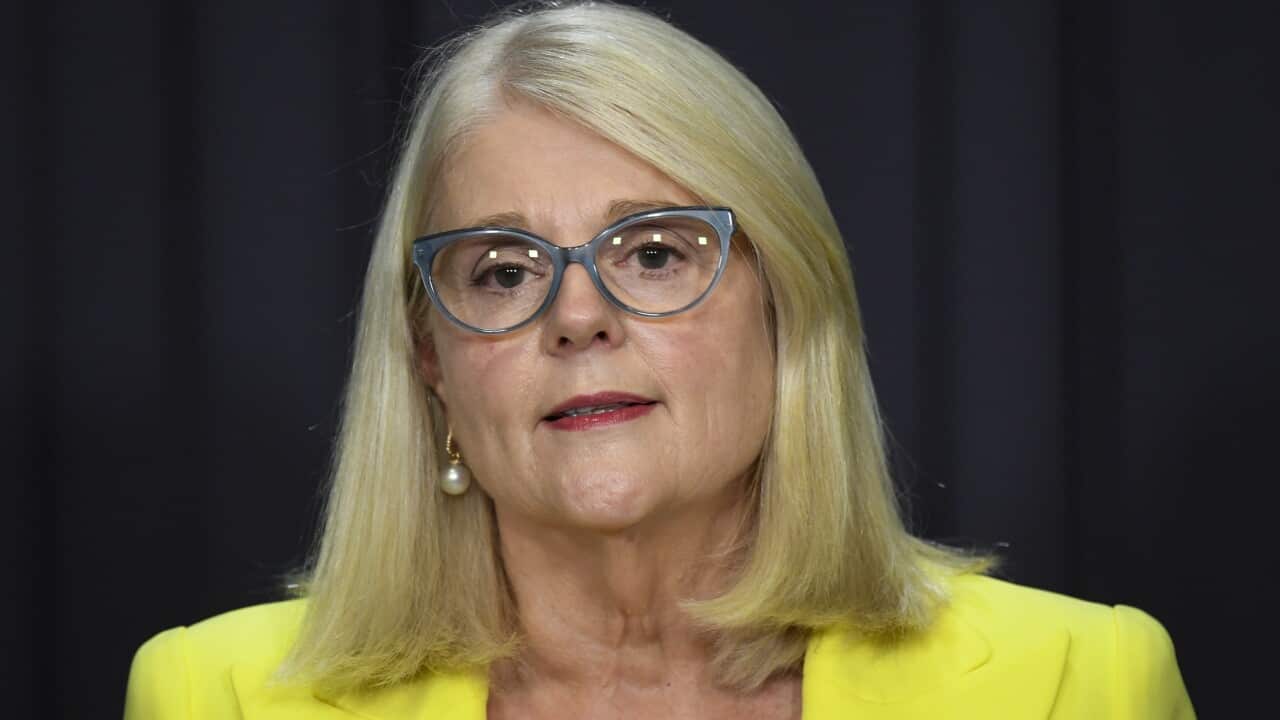 A spokesperson for the Liberal Party has admitted the party authorised the mass send out of text messages to voters in marginal seats on asylum seeker boats that were headed for Australia before being intercepted in recent days.

"We have seen now the risks that people are prepared to take to come to Australia by boat because they think there is potential for a Labor government to be elected today," she told reporters as she spruiked the Coalition's border security policy.
Advertisement
READ MORE
Scott Morrison and Anthony Albanese cast their votes, refuse to entertain possibility of hung parliament
"And that would mean for the people smugglers that they were back in business."

She insisted that making the link to Labor's policy on border security hours before the polls close is "not scaremongering".

"This is a reality. And it has been demonstrated by the two attempts that we are aware of. We don't know if there are any other attempts that have been made over the last few days."

The Australian Border Force intercepted a vessel near Christmas Island on Saturday morning.

Ms Andrews also revealed that the Sri Lankan navy stopped a boat and the 40 people on board were detained.

The Australian Border Force confirmed a vessel was stopped from Sri Lanka, but provided no further details.

"A vessel has been intercepted in a likely attempt to illegally enter Australia from Sri Lanka," the ABF's Rear Admiral Justin Jones said in a statement.

He said boat turnbacks would be utilised if deemed necessary.
READ MORE
Liberal v Labor: Where the major parties stand on migration
"The Australian government’s policy remains unchanged. We will intercept any vessel seeking to reach Australia illegally and to safely return those on board to their point of departure or country of origin."

Speaking after casting his vote in the Sydney electorate of Cook, Mr Morrison also underlined the
Coalition's pitch to voters
when it comes to border security.

"I've been here to stop this boat, but in order for me to be there to stop those that may come from here, you need to vote Liberal and Nationals today," he said.

In a mass circulation of text messages, voters in marginal seats were told of the new intercepts and advised to "keep our borders secure by voting Liberal".

"BREAKING - Aust Border Force has intercepted an illegal boat trying to reach Aus. Keep our borders secure by voting Liberal today," the SMS said.
A Liberal Party spokesman has confirmed the party did issue the text messages, saying voters should be supplied with information to make an informed choice before voting.

It was a message reinforced by Defence Minister Peter Dutton on his social media.

"People smugglers have obviously decided who is going to win the election and the boats have already started," he said in a tweet, linking to the Border Force statement on the boat intercept from Sri Lanka.
The federal government has continually tried to raise border security as a point of difference with Labor during the election campaign.

Labor's home affairs spokesperson Kristina Keneally said Labor supports offshore processing and the option of boat turn-backs where it is safe, but also wants the emphasis on regional resettlement.

"The people-smuggling trade is vile and risks the lives of the people at sea," Senator Keneally said, adding that the work of Australian Border Force is necessary.

"To be clear: If you attempt to come to Australia by boat you will not make it and you will be turned around, or sent to Nauru."

The Coalition government has in the past been very tight-lipped about instances of boat turnbacks and boat intercepts.

Journalist Karen Middleton said the timing of the announcement is curious and coincides with a tip-off she received about two asylum seeker boats from Sri Lanka.

According to Ms Middleton, she was ultimately not able to verify his claims after three weeks of trying to do so through Australian and Sri Lankan contacts.

The man claimed the vessels were arranged by the Sri Lankan government with the intent that one of the vessels would arrive in Australia just before the federal election on 21 May as an "election stunt".
READ MORE
‘I could not forgive’: Mehdi Ali on the scars from nine years of immigration detention
"He said that he had a friend in Colombo who witnessed people being put on a boat by Sri Lankan police," she told ABC News on Saturday.

"He alleged that the Sri Lankan authorities had facilitated the boat and he said it was designed as an election stunt to arrive in Australia just before the election.

"I couldn't verify that of course. I tried through contacts in Australia and Sri Lanka. I can't verify the information, so I have had just to leave it because we couldn't do anything [further to verify it].

"But it is interesting that this now happened. And I have noticed that boats have been coming up again in messaging over the last few days."
SHARE
5 min read
Published 21 May 2022 at 4:24pm, updated 21 May 2022 at 5:48pm
By Biwa Kwan
Source: SBS News
Tags
Asia