The Australian Defence Force is being called in to help enforce a mandatory 14-day quarantine of overseas arrivals in hotels and other facilities. 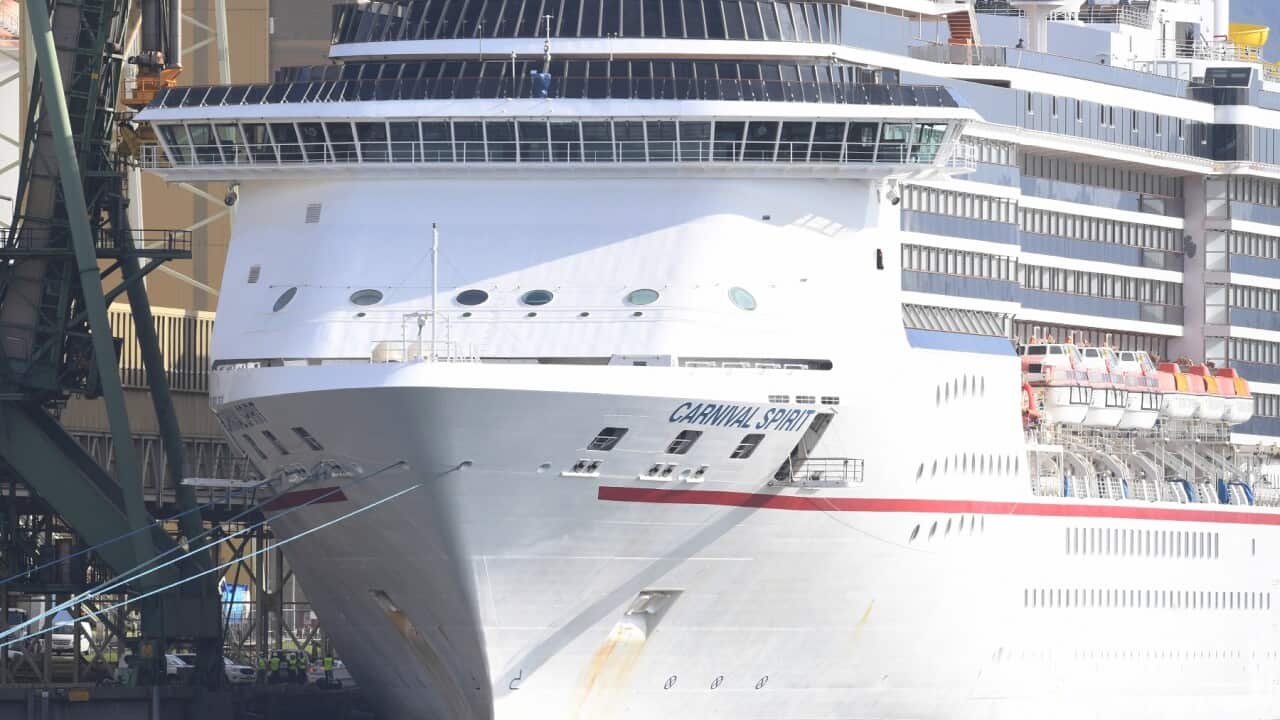 International travellers arriving in Australia will be quarantined in a hotel for 14 days before being allowed to return home. Source: AAP

Overseas travellers returning to Australia from midnight on Saturday will be quarantined for two weeks at hotels across the country.

About 3000 people expected to arrive in Sydney on Sunday will be assessed by health officials before being taken to hotels by border authorities.

Those people are not permitted to leave their rooms.

"They will check in, they're not criminals, they're decent Australians returning home and they'll receive food and hotel rooms, communications," NSW Police Commissioner Mick Fuller said.

"These truly are unprecedented times ... we'll treat these people with respect and dignity but we'll need their support in terms of understanding that this is about all the people of NSW."

'Do the right thing'

"We draw a line in the sand from midnight. The police are in charge of managing the operations, along with the ADF and border force. And we want to make sure that we keep our community safe by making sure the people adhere to strict isolation measures."

She asked for people to comply with the measures, or they could face penalties.


"And so I say to those travellers: you need to bear with us and do the right thing.

"I’m not pretending it will be a perfect system. I’m not going to pretend that we are going to be able to make sure that every single person abides by the rules.

"But I will say that our entire police force is ready for the task and we are looking forward to working with Border Force and also the Australian Defence Force, as well as other authorities involved, because we know that by working together closely we can keep our community safe."

“The force of law will be there to stop people leaving that hotel and there will be fines, even imprisonment, depending on the state or territory where that arrival takes place,” he said.

Dr Kelly said the median age of the more than 3400 cases in Australia was 48 - and urged younger Australians to take the social distancing measures seriously. The country's death toll from the virus is 14.

Soldiers to carry out checks, but have no arrest powers

The Australian Border Force said the new quarantine measures would be strictly enforced.

"Passengers arriving by sea or air will be transported directly to the designated facilities after appropriate immigration, customs and enhanced health checks," the ABF said in a statement.

"Once this restriction is implemented, family and friends of arriving international passengers should not attempt to greet them or pick them up.

"Passengers will not be allowed to interact with any members of the community."

Those who violate the directive may also be subject to quarantine.

"NSW Police is urging the families and friends of travellers returning to Sydney International Airport from 6am on Sunday 29 March 2020 not to come to the airport to greet those travellers as they will not be able to see them or physically communicate with them upon their arrival," NSW Police said in a statement.

Prime Minister Scott Morrison said while members of the army would be supervising and carrying out compliance checks of those in self-isolation, the officers would not have powers of arrest.

"Members of the Australian Defence Force are not authorised as enforcement officers, regarding prosecution in states and territories," he said on Friday.

In explaining the reasoning for the move, Mr Morrison said two-thirds of Australia's confirmed cases of COVID-19 had been traced to recently returned overseas arrivals.

He said the drop in the number of overseas arrivals have slowed, making the mandatory quarantine feasible to manage for the states and territories.

The cost of quarantine will be managed by the individual state and territories, with
Mr Morrison conceding that states like NSW would be the hardest-hit
as it receives the most arrivals.

The Victorian government has pre-booked about 2800 hotel rooms, and have a further 2200 ready to go.

Between 1000 and 1500 people are expected to be bussed to hotel rooms in Melbourne, with police, private security and defence force personnel to make sure they stay there.

Victorian Police Minister Lisa Neville says more than 2600 police checks have been conducted to make sure people followed the rules, but she did not say any fines had been handed out.

New South Wales Police say they fined a man who breached a self-isolation direction on Friday. Fines issued over a breach of self-isolation measures authorised under the state's Public Health Act can be subject to on-the-spot fines of $1000 for individuals and $5000 for businesses.

Tasmania is going a step further.

From midnight on Sunday, the state government will quarantine all non-essential travellers, including Tasmanians returning home, for 14 days.

People coming from interstate and or docking in ports will be placed in two facilities run by Communities Tasmania and managed by police with support from defence force personnel.

READ MORE
The coronavirus testing process explained: can you get tested privately in Australia?

"We are an island state, we have an advantage but we need people to work with us," Mr Gutwein said.

"Fortress Tasmania is what we want."

Those who flout quarantine rules and bans on gatherings of more than 10 people face fines of up to $16,800.