Margaret Atwood celebrates 'The Handmaid's Tale' as a protest symbol

The red capes worn by characters in the hit TV show have become 'an immediately recognisable visual symbol', says the author of her 1985 creation 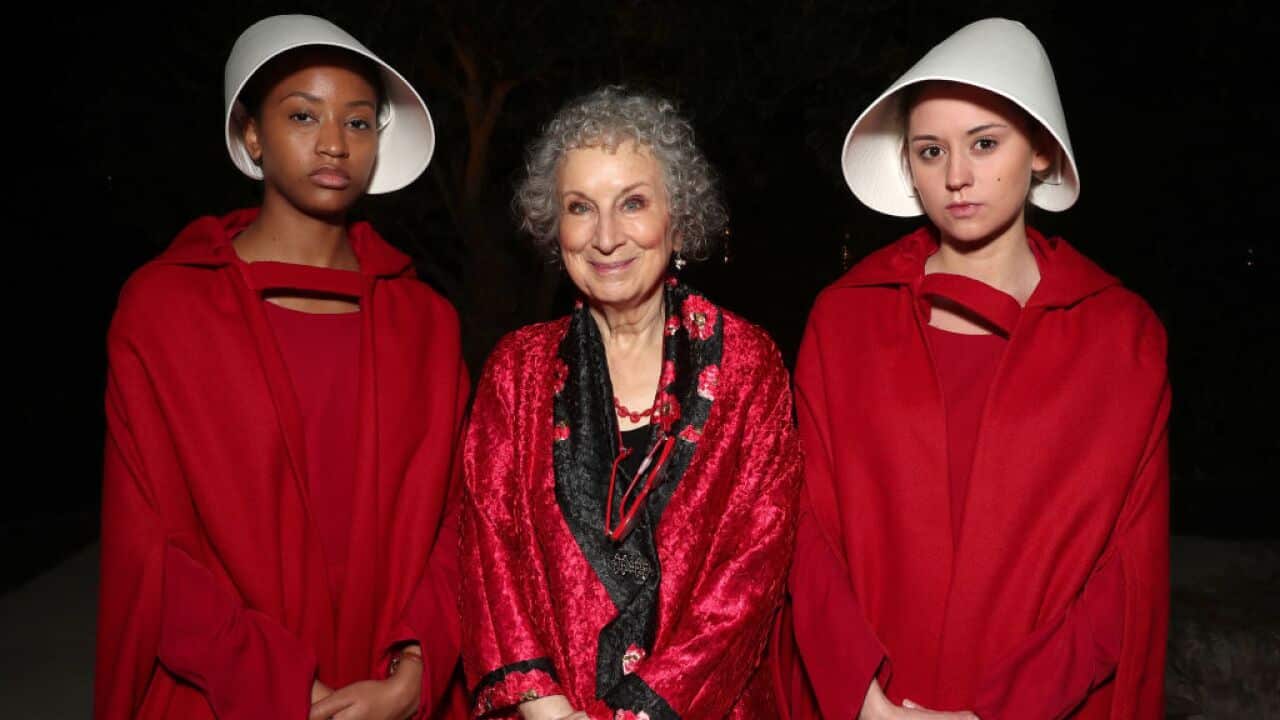 Writer Margaret Atwood on Monday celebrated the use of her literary characters as a protest symbol in the United States, with her novel 'The Handmaid's Tale' reaching new audiences through a hit TV show.

More than three decades since her dystopian novel was first published, the red capes worn by fictional women forced to produce babies for elite couples have become "an immediately recognisable visual symbol," according to Atwood.

"I'm very pleased that people are able to use it in this way and that it's had the impact that it has had," the 77-year-old told an audience at London cultural hub the Southbank Centre.

Advertisement
While the success of the book version of 'The Handmaid's Tale' has endured since it was published in 1985, it has reached new audiences through an award-winning television drama series and the unpredictable political scene under US President Donald Trump.

Those who have donned the striking clothing of Atwood's characters include a group of women who in June stood outside the US Capitol in Washington to protest the US Senate Republicans' healthcare bill.

"You have, practically, a scene from the show where a bunch of male legislators were making decisions about women with no women involved [in] making those decisions. So it's a good protest thing," said the prolific Canadian writer.

While activists have brought the fictional figures into modern-day politics, Atwood said 'The Handmaid's Tale' drama series was not changed despite filming taking place during the election of Trump last year.

"[Programme makers] woke up on November 9 and said, 'We are now in a different show'. Even though nothing in the show itself had changed, it was going to be framed differently," she said.

'The Handmaid's Tale' series picked up five Emmy awards in Los Angeles last month, including best drama series, just one of Atwood's stories to make dark predictions about the future.

Her 2003 novel 'Oryx and Crake'  charted the destruction of the Earth by global warming, pandemics and genetic engineering.

It hit the shelves shortly before the deadly outbreaks of SARS (severe acute respiratory syndrome) and bird flu, and as people increasingly became aware of climate change.

'The Handmaid's Tale' preempted the Taliban's misogynist regime in Afghanistan, although Atwood has insisted she is simply skilled at recognising recurrent themes in history.

"I don't believe that you can really predict the future, and nor do I believe that is only one inevitable 'the future'. There's a number of possible futures, how you act now can influence what future we end up getting," she told the audience in London.

You can stream the Emmy Award-winning 'The Handmaid's Tale' via
SBS On Demand
: