Millions of workers on JobKeeper are receiving a pay cut. Here's what you need to know

JobKeeper payments for millions of Australians are being wound back as the federal government adjusts its response to the economic fallout of the coronavirus pandemic. 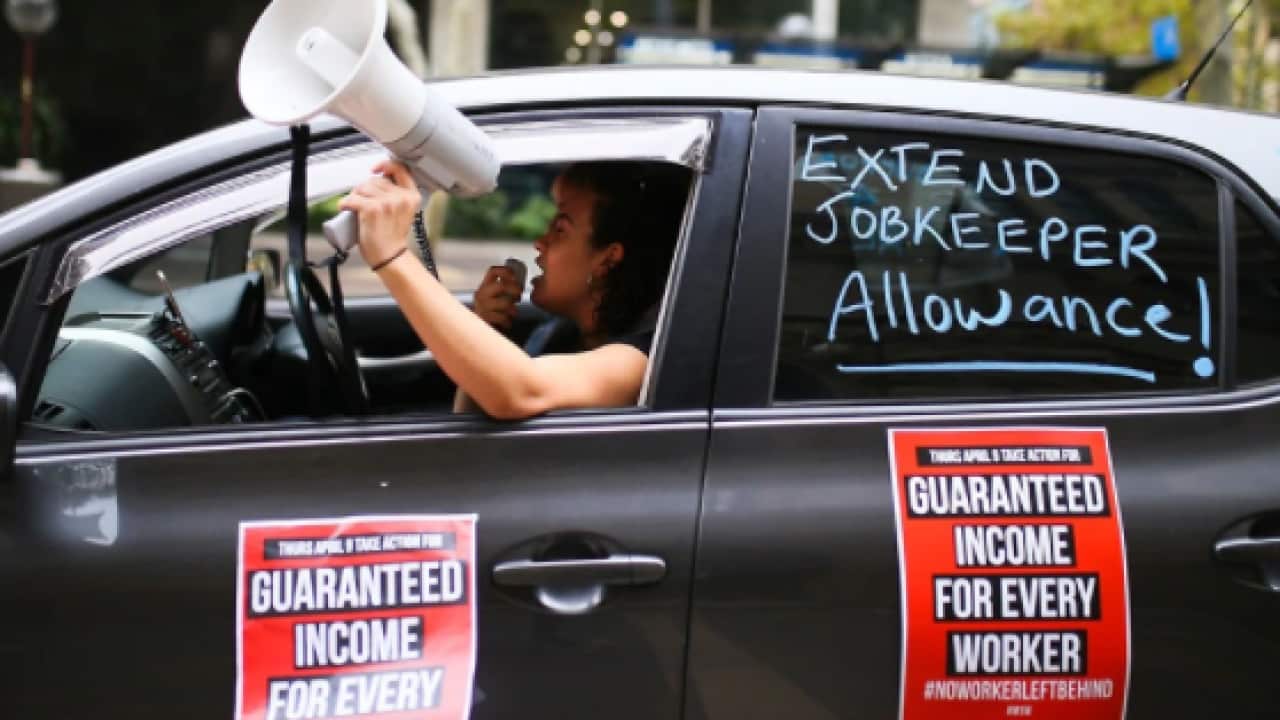 Critics have warned against reducing the size of the JobKeeper payments. Source: AAP

The federal government is scaling back the size of JobKeeper payments despite vocal calls to extend the wage subsidy as Australia struggles through the coronavirus pandemic.

Advertisement
It is being halved to $750 for part-time staff who worked less than 20 hours per week before the pandemic.

As the economy reopens, the federal government says the tapering of JobKeeper is required to ensure the program is more tailored to businesses continuing to face financial hardship.

But critics have argued now is not the time to cut income support, with Melbourne still facing lockdown restrictions and the nation battling its first recession in almost three decades.

Just last week, fortnightly JobSeeker payments for the unemployed were reduced by $300.

READ MORE
Australia will start winding back coronavirus welfare payments. What will this mean for you?

Who is still eligible for JobKeeper?

Almost 3.6 million employees have benefited from the wage subsidy - with over 900,000 companies and businesses signing up to the payment.

But to keep receiving support from 28 September, businesses and not-for-profits will need to demonstrate they still meet the relevant decline in turnover tests.

The program has been tweaked following criticisms that some part-time workers are earning more than they did before the pandemic.

In order to be eligible, most businesses will have to continue to demonstrate an income decline of 30 per cent.

This applies to businesses with an aggregated turnover of less than $1billion.

READ MORE
So you've missed out on JobKeeper access: Here's what support is still available to you

Meanwhile, businesses with a turnover of more than this must demonstrate a decline of 50 per cent.

The program will also remain open to new recipients, providing the businesses meet the eligibility requirements and turnover tests.

Other part-time workers earning up to $300 per fortnight are also eligible for JobSeeker welfare benefits under the government's extension of support measures.

Why is the government transitioning the support?

The JobKeeper program was designed to prevent millions of Australians from joining surging unemployment queues.

But with companies and businesses outside of Melbourne no longer facing harsh lockdown restrictions, the government argues the time has come to wind back the payment.

"We've done everything to make sure we've supported the economy, supported workers still being attached to their businesses," deputy prime minister Michael McCormack told the ABC on Monday.

"But it's time for Australians to get back to work."

Meanwhile, unions and political opponents have accused the government of forcing millions of Australians to take a pay cut in their time of need.

ACTU president Michele O’Neil said the government was wrong to cut the payment when so many families and workers were still relying on the support.

How long is the income support being extended for?

The program was initially legislated to run six-months, but the government committed to extending the JobKeeper program, following a review by Treasury released in June this year.

This found the JobKeeper payment had met its objectives to support business and job revival, preserve employment relationships and provide the needed income support.

The Treasury review also concluded an “appropriately” targeted extension of JobKeeper was needed to continue to provide assistance.

READ MORE
JobSeeker and JobKeeper are changing. Here's how you could be affected

In response to these findings, the government announced two further phases of the wage subsidy program, which will see the income support extended until March next year.

The third stage of support will commence from 3 January, with payment rolled back to $1,000 per fortnight for eligible full-time workers and to $650 for part-time employees.

“It makes no sense at all for Scott Morrison and Josh Frydenberg to be ripping out vital support from the economy without a comprehensive jobs plan to replace it,” he said.

The federal government argues getting Australians back to work is exactly their focus with more detail on just how it plans to drive employment growth to be revealed in the budget on 6 October.