The newly-elected Member for Kooyong says some of her campaign volunteers and supporters began receiving the "distressing" letters about three week ago. 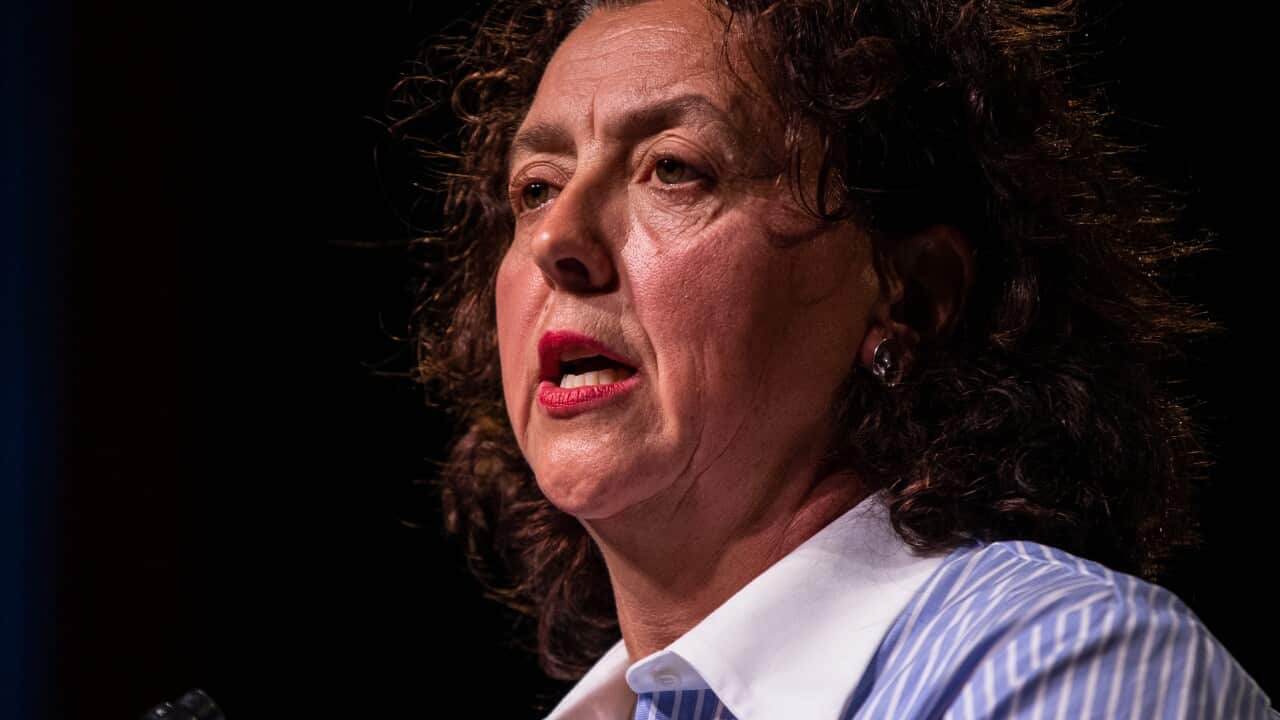 Monique Ryan says her some of her supporters are receiving threatening letters "for exercising their democratic rights". Source: AAP / Diego Fedele

Independent MP Monique Ryan says some of her supporters and campaign volunteers have received "threatening" letters since she was elected to federal parliament.

The federal member for Kooyong in Melbourne's east said when she first became aware of the issue, her office informed the Australian Federal Police (AFP) and Victoria Police.

Dr Ryan said in recent days, "several more" of the handwritten letters had been put in supporters' mailboxes.
Advertisement
READ MORE
After a 'watershed year', Australia is on track for its highest number of women in parliament
"Their contents are misogynistic, racist and threatening," she said in a statement on Monday.

"It is extremely disappointing that people are being targeted for exercising their democratic rights.

"These cowardly, anonymous threats are very distressing for the people who receive them."

Dr Ryan said the AFP advised anyone who had received one of the letters to immediately contact their local Victoria Police station and give them the letter and any relevant security camera footage they have.

An AFP spokesperson said the agency "does not comment on matters that may be the subject of an investigation."

Victoria Police was also unable to comment on the matter.

The
new North Sydney MP
is among a number of newly-elected politicians calling for greater accountability.

"As the highest office in the land ... the expectations on behaviour should be exemplary, not just kind of left to a free flow," she told ABC Radio on Monday.

"Ideally, it would apply to every single person who works in the building, and I think it should be based on values that Australians expect us to model."

The code of conduct was one of multiple recommendations made as part of
Sex Discrimination Commissioner Kate Jenkins's review of workplace culture within Parliament House
, which was handed down last year.
Newly-elected MP for North Sydney Kylea Tink. Source: AAP / BIANCA DE MARCHI/AAPIMAGE
A joint committee on parliamentary standards was set up in February to examine the design of a code to prevent bullying and harassment, how breaches could be investigated, and a range of penalties.

A report is set to be handed down by November.

Ms Tink said it would make sense for the code to be enforced by an independent body.

"I've worked across business for 35 years and definitely every time you signed a code of conduct, if you breached it, then there were consequences for breaching that," she said.

"They weren't always necessarily immediately dismissal, but they were definitely cause for intervention."
READ MORE
Malcolm Turnbull labels Peter Dutton a 'belligerent blusterer' over nuclear submarines claim
Constitutional law expert Professor George Williams said such a code of conduct could be legislated.

"Westminster parliaments like our federal and state parliaments have an inherent power to discipline their members," he said.

While federal parliament does not have the ability to expel MPs due to the Parliamentary Privileges Act, Professor Williams said this could be altered.

"If an enforceable code of conduct also removed this limitation in the Parliamentary Privileges Act, then members could once again be expelled from the federal parliament," he said.
READ MORE
Federal anti-corruption body to have scope to investigate 'what they see fit', Anthony Albanese says
Ms Tink, who is one of a large number of MPs in the next parliament who will sit on the crossbench, said the surge in independent lower house members could help bring about change.

"Arguably, the crossbench is almost a third force in parliament, and I honestly believe that the focus of that third force is going to be opening up a conversation in the parliamentary building," she said.