The federal government is now scrambling to find other passengers to fill empty seats on the repatriation flight after more than 40 people due to board the aircraft tested positive to coronavirus. 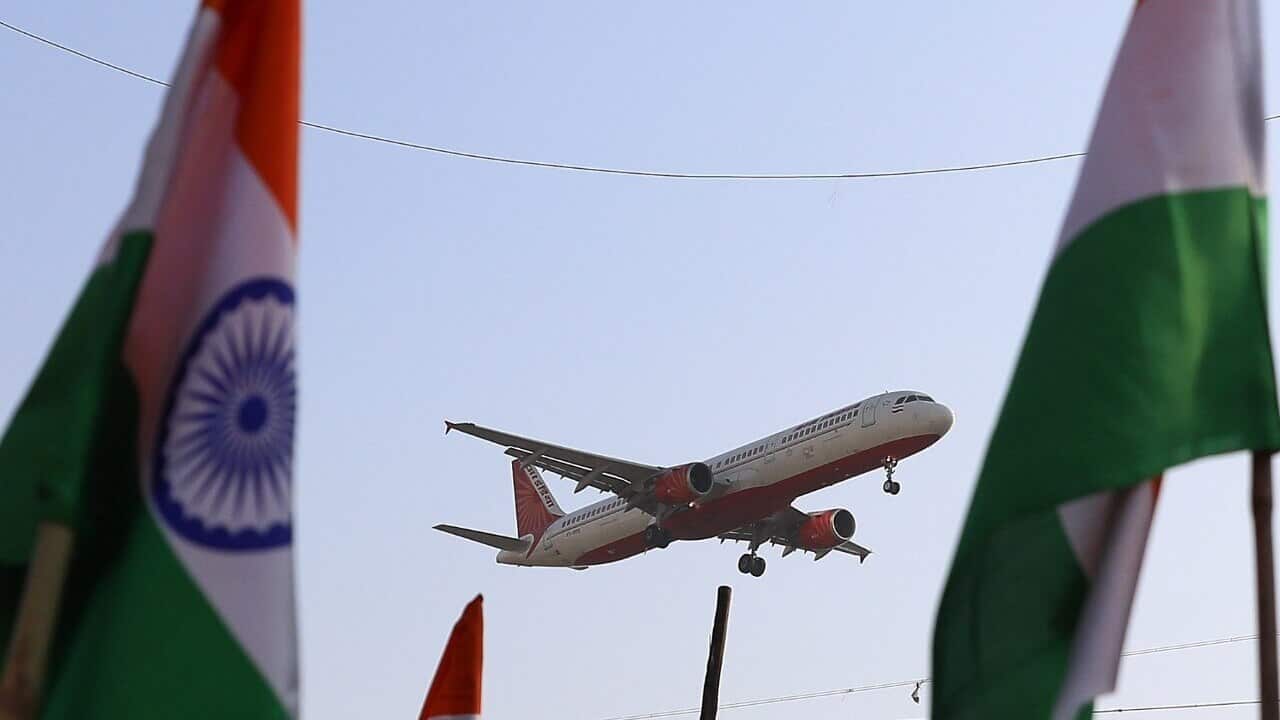 More than 70 passengers have been barred from boarding the first repatriation flight from India. Source: AAP

More than 70 passengers will be unable to board the first repatriation flight home from India after either contracting coronavirus, or coming into close contact with someone who had.

More than 40 people have been prevented from boarding the flight after testing positive to COVID-19, and some 30 people can't board because they are close contacts of identified cases.

The Department of Foreign Affairs and Trade is now scrambling to find other passengers to fill their empty seats on the aircraft, which is due to leave New Delhi for Darwin Friday night local time and arrive Saturday morning.

Advertisement
Australia's High Commissioner to India Barry O'Farrell recognised the disappointment for those who will now miss out on boarding the flights.

Passengers must undertake two COVID-19 test result prior to departure, including a Rapid-Antigen Test, and return a negative result in order to board the government-organised repatriation flight.

This means the aircraft returning to Australia could be almost half empty with the possibility more people could be barred when further tests are returned on Friday evening.

Mr O'Farrell said the High Commission would have to consider what lessons need to be learned from the high-number of reported cases.

"Clearly the flight will come home with not all seats occupied," he said.

"We’ll look to see how we might be able to avoid what we’ve experienced today."

There are about 10,000 Australians, permanent residents and their immediate family members seeking to return home from India with around 950 considered to be vulnerable.

This group had been prioritised to board the repatriation flight which left Sydney in the early hours of Friday morning, carrying ventilators and oxygen concentrators to support India's buckling health system.

Another two government organised repatriation flights are scheduled for 23 May and 31 May.

Mr O'Farrell said those now missing out on the first reparation trip would be in line for those other flights.

"When they have received treatment, when they have tested negative to COVID, they will be eligible again as vulnerable citizens for a future flight," he said.

He added that people who had tested positive or were close contacts would be provided consular assistance.

"People need to know where to go for treatment. If they don’t have a doctor, if they have come from somewhere where there is a crisis in the hospital system, we’ll do what we can to try and assist," he said.

The first plane carrying stranded Australians comes as the federal government's travel ban on India expires on Friday night - however commercial flights from the country continue to be banned.

The plane will return to Darwin, where those on board the flight will be transported to the Howard Springs quarantine facility.

Melbourne man Sunny had booked on the flight with his elderly mother, but tested positive for the virus.

He has been trying to contact the DFAT, without any luck.

"We just want to know what is going on," Sunny told the ABC on Friday.

Sunny and his elderly mother have been stuck in India since last May after facing multiple flight cancellations.

"If I die the Australian government will be responsible."

READ MORE
An Australian permanent resident has died in India after contracting COVID-19, his daughter says

The federal government's had described the travel ban as a "temporary pause" designed to ease pressure on the nation's quarantine system following an increase in the proportion of cases linked to the India outbreak.

Government data shows infection rates in the quarantine system have now decreased from 292 positive cases at the start of the travel ban to 171.

"What's been important is the number of cases in quarantine has come down quite substantially, this has given us the flexibility to move," he told reporters.

Labor Leader Anthony Albanese has called on the government to respond appropriately to the challenges facing Australians stranded in India.

"Australian citizens should always be provided with appropriate support from the Australian Government. We can't just abandon people in a time of need," he told SBS News.

India recorded 343,144 coronavirus infections and 4,000 deaths on Friday, according to the country's health ministry.

The number of recorded COVID-19 infections in India has now climbed above 24 million.