'Much harder than we anticipated': Plastic bag ban hurting Woolworths

Woolworths posts a $1.7billion full-year profit, but momentum has slowed in the new financial year. 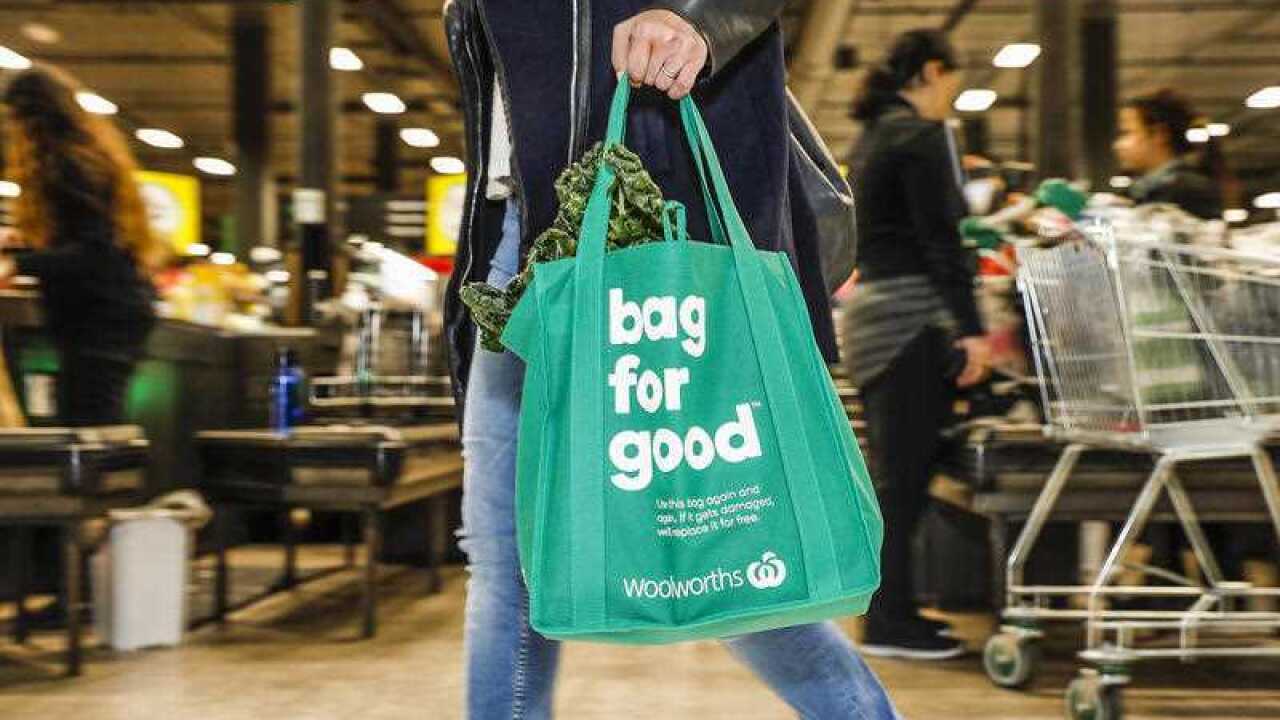 Supermarket giant Woolworths has admitted the roll out of its new plastic bag policy is hurting its bottom line.

Sales growth in its food division slowed to 1.3 per cent in the first seven weeks of the new financial year, as the gap between it and rival Coles narrows.

Woolworths CEO Brad Banducci told SBS News, the phasing out of single use plastic bags has been challenging.

Advertisement
"Much harder than many of us had anticipated but we're all getting in the rhythm now," Mr Banducci said, adding it was an environmentally friendly move.

Mr Banducci said Woolworths is now looking to reduce plastic across its business.

"We've also said that we are phasing out plastic straws from December and that's a big move for us and we're looking at how we can plastic we can take out of everyone of our departments, and making sure we put recycling programs back into place," he said.

In a telephone conference last week, Coles boss John Durkan said the move has been immaterial to its bottom line.

"In terms of effect on sales it's been neither plus nor minus over the period," he said.

At Woolworths, lower fruit and vegetable prices have also hit recent sales along with competition from Coles, which has taken some customers with its successful little store toy promotion.

"We're very focused on working on our sustainability credentials."

Despite the recent slowdown, the company reported a better than expected $1.7 billion profit for the full-year, up 12.5 per cent.

A new petrol alliance along with earnings growth in its Australian food division fueled the result.

There was also growth in its drinks and hotels business, but its Big W unit has been slow to turnaround.

The company notes, the drought is also having an impact on its regional operations, and says it is doing what it can.

"We're very committed to supporting our farmers, and we've done that with rural aid and sponsoring Buy a Bale as well as co-raising money with our customers," Mr Banducci said.