Bunnings appears to have offended not just Australians but New Zealanders too with its unusual sausage sizzle decree. 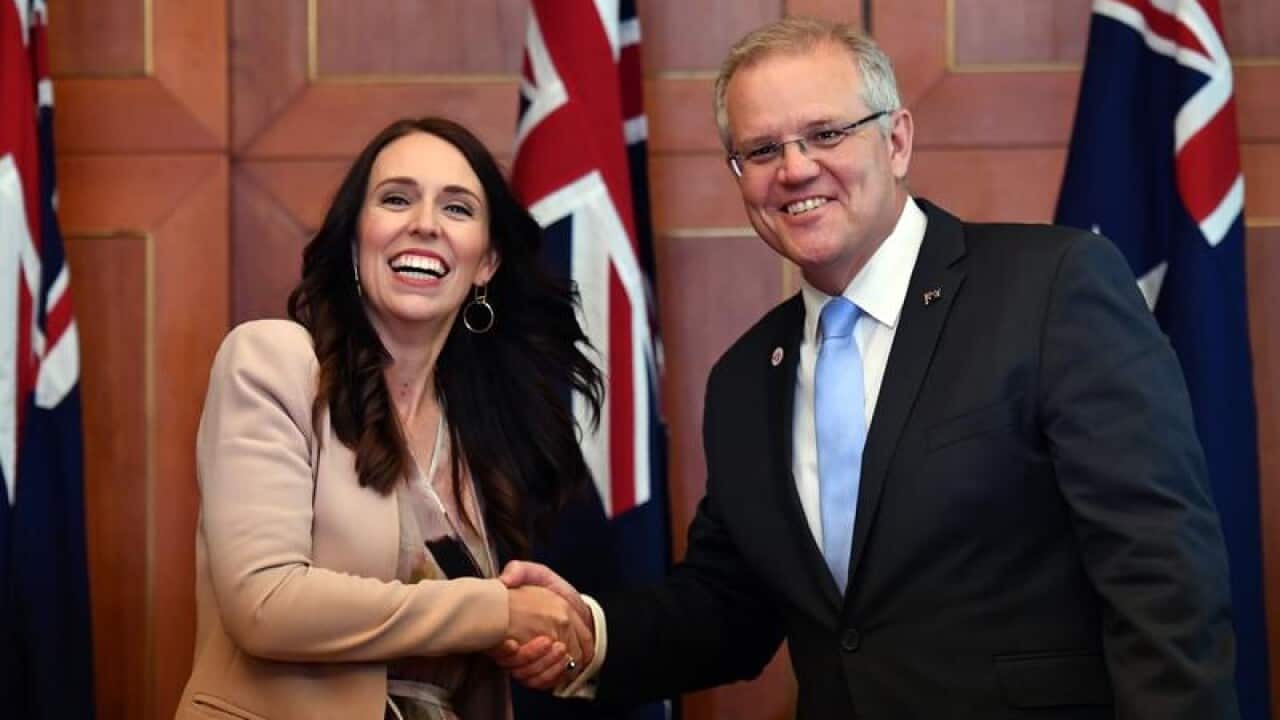 Jacinda Ardern broached the issue of Nauru during a dinner with Scott Morrison while in Singapore. Source: AAP

Scott Morrison and Jacinda Ardern have cemented their trans-Tasman ties over the most unlikely of items: the humble sausage sizzle.

Bunnings appears to have offended not just Australians but New Zealanders too after issuing an unusual decree.

The hardware giant is demanding barbecues hosted outside its stores must serve onions under the sausage because it poses a slipping threat.

"I don't know about you but I've had a few phone calls," she told Mr Morrison during a meeting in Singapore on Wednesday.

"I think we should make a commitment, a joint commitment, that on our watches the Bunnings sausage sizzle should continue."

"Onions on top or underneath, however you like it," he said.

The issue of sick asylum seeker children was not raised during their brief meeting on the sidelines of the East Asia Summit.

But Ms Ardern later indicated she would raise the issue when she meets the Australian prime minister again in the coming weeks.

"There are a number of other issues that I will use the margins of other meetings to canvas with the prime minister."

New Zealand has long offered to resettle at least 150 refugees detained on the remote Pacific island.

Mr Morrison recently signalled he may finally be open to accepting the deal before quickly ruling it out again.

His government is nervous about refugees using the pathway as a "back door" to Australia.

The Australian government has quietly been evacuating families to Australia for medical treatment over recent weeks but is adamant they will not stay in the country.

The policy is deeply unpopular in New Zealand, particularly around the deportation of people with no connection to that country.

Ms Ardern has consistently argued Australia should deport only those with genuine links to New Zealand.