New South Wales joins Victoria in accessing the federal government scheme, which provides residents with pandemic leave payments of $1,500 during the 14-day period of self-isolation because of COVID-19. 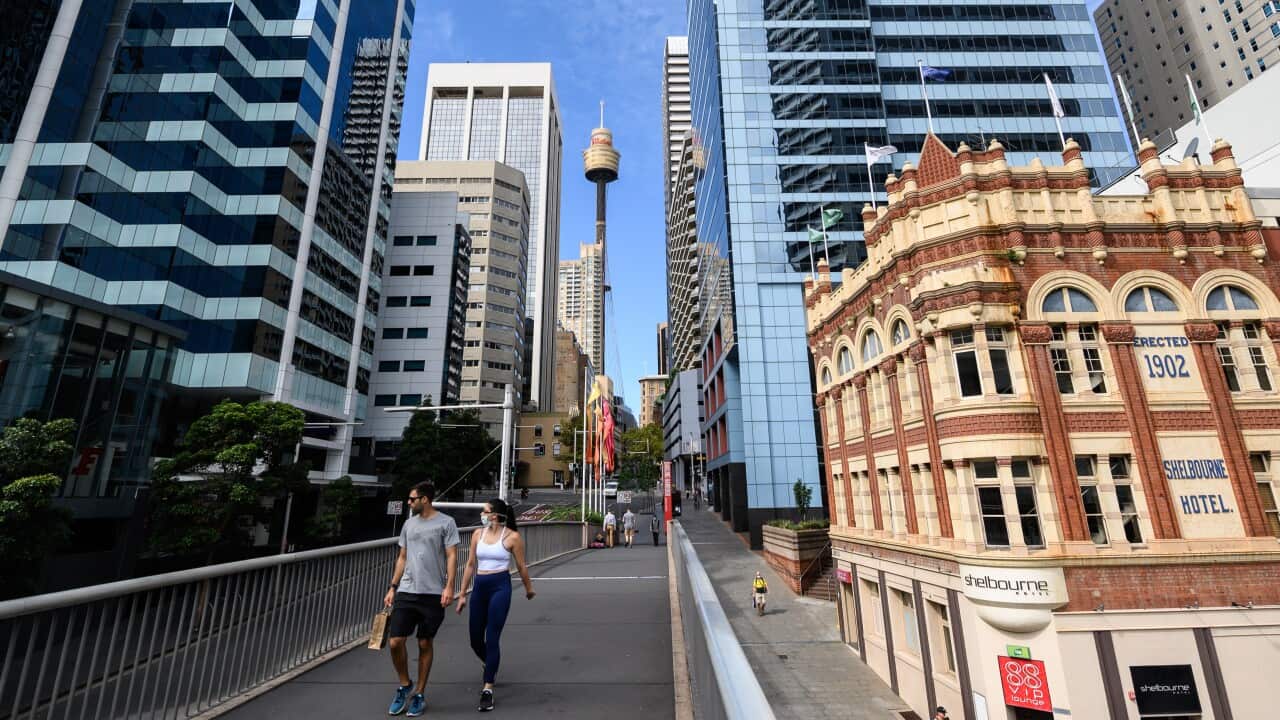 A Sydney taxi driver has been driving people around while potentially infectious, leading to a mammoth contract tracing operation. Source: AAP

Workers in NSW are the latest to qualify for paid pandemic leave under a deal struck with the federal government.

Premier Gladys Berejiklian announced the $1500 payment on Sunday for workers who cannot earn an income because they must self-isolate, quarantine or care for someone with COVID-19.

"We didn't want to declare a State of Emergency in NSW which is what the criteria was to get the pandemic leave," she told reporters.

"I wrote to the prime minister saying 'please can you support us in that way' and he very gladly accepted."

The announcement came as NSW recorded its first death from coronavirus since August 16.

The fatality, a man in his 70s, died at Royal North Shore Hospital on Saturday, Ms Berejiklian said, bringing the state's death toll to 55.

There were just two new COVID-19 cases on Sunday, one in hotel quarantine.

The other is a taxi-driver who tested positive on Saturday and NSW Health says anyone who entered his vehicle between September 8 and 18 should monitor for symptoms.

His taxi trips during that time spanned the suburbs of Moorebank, Bankstown, Chipping Norton, Liverpool, Lidcombe, Warwick Farm and Milperra.

Early investigations indicate the driver likely contracted the virus at Liverpool Hospital. He had the COVIDSafe app which is being used to identify contacts.

NSW Health is also working with the driver and 13CABS to identify passengers.

The cab driver stopped at several places for food during this period, meaning all people in those locations are considered close contacts.

The locations include Campbelltown Golf Club in Glen Alpine on September 16 between 2pm and 4.30pm in the TAB area, and Milton Ulladulla Ex Servos Club on September 12 from 2 to 6.15pm.

Casual contacts are considered to be those who attended Picnic Point Bowling Club on September 18 from 3pm to 6pm, and Campbelltown Gold Club in Glen Alpine on September 16 from 9.30am to 2pm.

NSW Health said taxi passengers should sit in the back seat and wear a mask.

It comes as NSW prepares to accept an additional 500 returned travellers each week into its hotel quarantine system.

The increase will start from September 27 and will take the state's intake to about 3000 a week.