One in 16 refugees to be paid for by private sponsors

EXCLUSIVE: A soon-to-be announced Budget measure will reduce the Commonwealth’s cost of bringing the most vulnerable people to Australia. 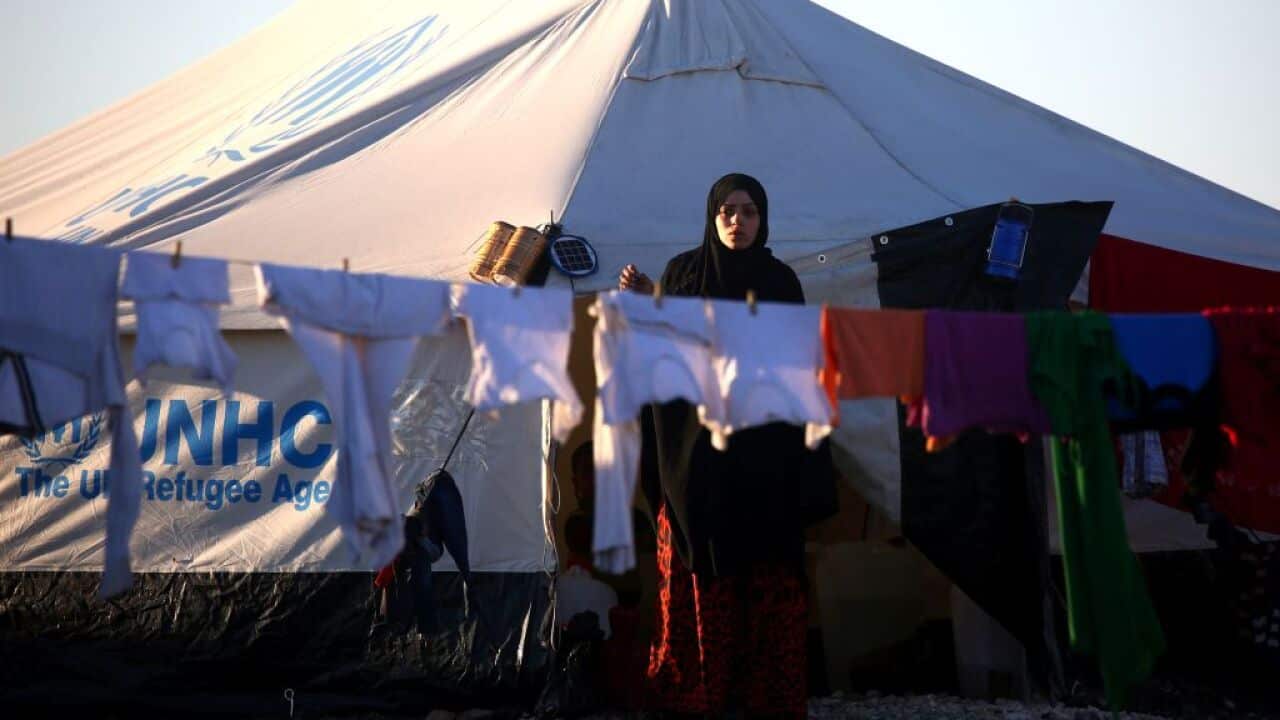 A Syrian woman hangs laundry at a temporary refugee camp in the village of Ain Issa, March 25, 2017. Source: AFP

The federal government will use next Tuesday’s Budget to announce it will shift the costs involved in settling 1000 refugees onto private companies, community groups and individuals.

SBS World News can reveal the changes to the humanitarian program will take effect from July 1, 2017, with the government calling on the business sector to make their “corporate social responsibility obligations matter”.

“The idea is of course to have that support there provided by business groups who may know refugees in different camps, who they want to bring out [those] who have the skills,” Assistant Immigration Minister Alex Hawke told SBS.

Advertisement
Any business or community group wanting to sponsor refugees under the scheme would be required to cover associated costs for their first year in Australia including airfares, medical screening; and all visa application charges.

“You hear regularly in the public domain businesses say, ‘well the government should help refugees more.'"

They would also need to foot the bill for any settlement services on arrival but the government denies it’s all about saving money.

But the changes to the humanitarian program will help the budget bottom line, with sponsoring the most vulnerable people entering Australia costing about $19,000.

In addition, sponsors will also need to contribute $20,000 to a “welfare bond”, a fund the government said it will draw from should the refugees end up relying on welfare.

"What it looks like from the outside is, this is a cost saving measure,”

Henry Sherrell, a research officer at the Development Policy Center of the Australian National University, wants to know why the government isn’t offering additional humanitarian places, and instead taking from its yearly target of 16,250 places.

“I think it's really troubling if these places come out of the existing humanitarian program because what it looks like from the outside is, this is a cost saving measure,” Mr Sherrell said.

“This is basically the government saying we don't want to be responsible for the costs associated with these 1000 people.”

Prime Minister Malcolm Turnbull flagged the proposal in 2016 during the Leaders’ Summit in New York, and this implementation basically extends the trial program, which has been in place for three years.

Sherak Dawood is the beneficiary of the government’s pilot program.

The Christian refugee was kidnapped by extremists in Iraq and told he had three choices: leave the country, convert to Islam, or be killed. He chose the former.

He ended up in a Jordanian refugee camp before Melbourne’s Assyrian community paid all the costs associated for Mr Dawood and his family to come to Australia earlier this year.

“I need to build our life and to make my kids live in peace and make for them the good life,” the father of three said.

The opposition said it welcomes the chance for the community to help with the refugee intake but has slammed the way the government is making the changes.

It wants to see the detail but the government doesn’t to see Labor’s support because the scheme does not need a parliamentary vote to be implemented.

“It is the Turnbull Government’s responsibility to meet the costs of Australia’s humanitarian program - not the community and business sectors,” Shadow Minister for Immigration Shayne Neumann said.

He added that if the Coalition really wanted to support the humanitarian refugee program the reforms would see a net increase in the overall intake.

“Which is why Labor took to the election a policy of increasing the annual humanitarian intake to 27,000 by 2025,” Mr Neumann said.