United Nations and Labor welcome deal but ask for more detail while many refugee organisations and charities are asking what will happen to those not included in the plan, and say there are many unanswered questions. 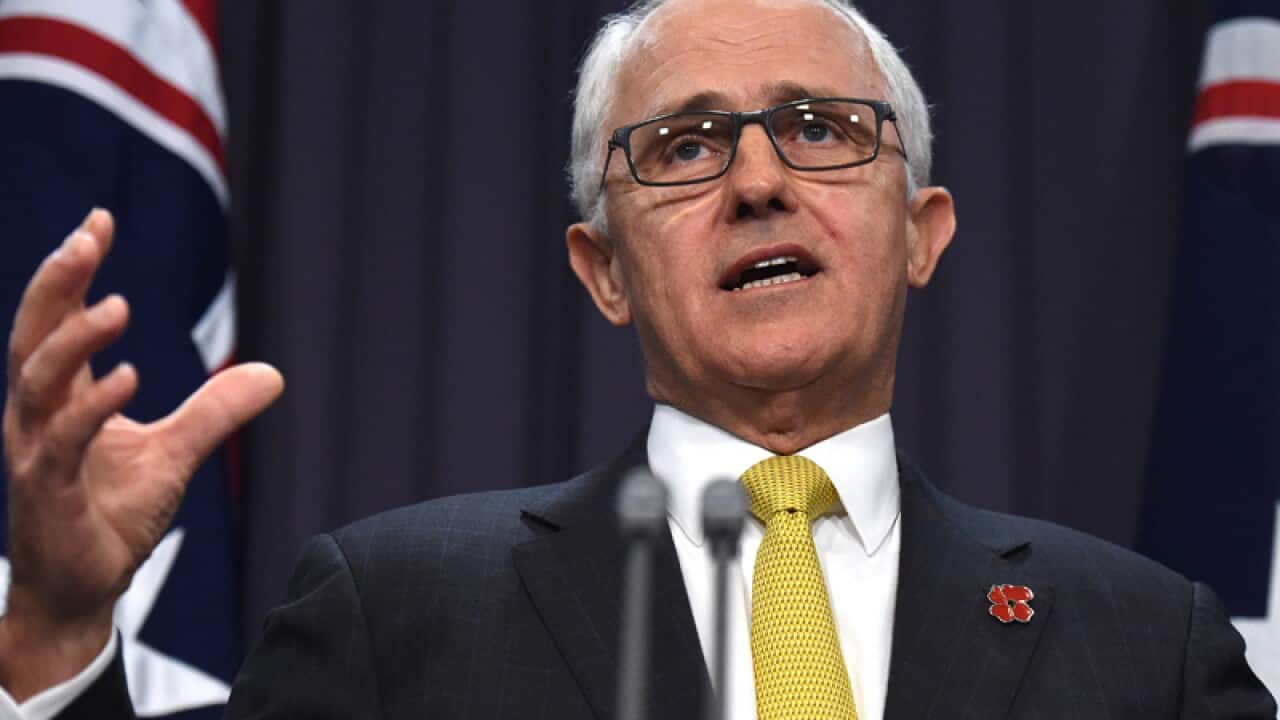 The federal government is about to announce a deal with the US to resettle asylum seekers. (AAP) Source: AAP

Prime Mnister Malcolm Turnbull has confirmed the government has struck a deal with the US to resettle asylum seekers.

But the government has not said whether all of the detainees held in Australia's offshore detention centres would actually be resettled under the proposal.

Mr Turnbull said it was a one-off agreement reached after months of negotiations with the US and would not be repeated.

Advertisement
"It is only available to those currently in the regional processing centres. It will not be available to any persons who seek to reach Australia in the future," he told reporters in Canberra on Sunday.

There are currently just over 1000 detainees held in processing centres on Manus Island and Nauru.

The US Department of Homeland Security will be sending officials to start processing the detainees soon, according to the Prime Minister.

But when asked whether the deal guaranteed resettlement in the US, Prime Minister Turnbull gave no clear indication.

"We are not providing any more detail about the arrangements than we have today," he told the media.

The United Nations endorsed the proposal but asked for more detail.

"The full details of the agreement are not yet known, and UNHCR is not a party to it," the UN's High Commissioner for Refugees said in a statement.

"UNHCR’s endorsement of these referrals under the humanitarian imperative does not alter Australia’s obligations under international law, including the right to seek asylum irrespective of the mode of arrival."

Amnesty International described the move as an "extreme step" by the government in an attempt to "shirk" its duties.

“It is absolutely shameful that the Australian Government has first sent several thousand people to languish for three years on Nauru and Manus Island, set up an offshore processing regime on Nauru that amounts to torture and is now passing the buck when it comes to offering them protection,” said Dr Graham Thom, Refugee Coordinator at Amnesty International Australia.

The Human Rights Law Centre's Director of Legal Advocacy Daniel Webb has told SBS Radio News those detainees not incldued in the deal shouldn't be left out.

"There's over 500 people on Nauru and Manus and over 320 people already here in our communities who don't yet have refugee status and I think before the government gets to pat itself on the back and say that it's cleaned up this mess of human suffering, it's got to have found a way forward," he said.

"It's got to have found a humane settlement outcome for every single one of those people."

UNICEF Australia CEO Tony Stuart said the plan would offer hope and a new life for the refugees.

"The chance to resettle in the US will, at long last, give refugee children on Nauru the chance to start a new life in safety and for their families to recover and rebuild," he told SBS.

"Children in particular have been impacted by offshore processing experiencing prolonged distress, violence, family separation and interrupted education. This arrangement creates a permanent pathway for children to grow up healthy, educated and to reach their full potential."

A photo of living conditions at Nauru. Source: Supplied

Detainee Behrouz Boochani, who is being held on Manus Island, told Guardian Australia the move was denying detainees justice.

"People are so happy here but some people are so sad and this is unfair. They could do it three years ago, not now."

Labor hopes the election of Donald Trump as president does not impact on a deal with the US to resettle asylum seekers detained on Manus and Nauru.

Speaking to media after giving a speech at the Victorian Labor State Conference on Sunday, Opposition Leader Bill Shorten said it would be hypocritical to reject the deal when it was "the very thing we wanted with the Malaysia solution some years ago."

Prime Minister Malcolm Turnbull on Sunday confirmed the government had struck a one-off agreement with the US.

"We have to make sure that nobody is left behind on Manus Island and Nauru ... that is the critical issue here," he said after the deal was announced.

Mr Turnbull said people smugglers would seek to use the agreement as a marketing opportunity to tempt vulnerable people on to these perilous sea journeys.

But he said Australia's border protection policy had not changed.

"Any people smuggling boats that attempt to reach Australia will be intercepted and turned back."

Immigration Minister Peter Dutton said the government was in the final stages of negotiation with Nauru for a 20-year visa for people who are offered a settlement arrangement in the US and refuse to take that arrangement.

"This deal only applies to people who are on Nauru at the moment, prioritising women and children and family units and with the prospect of providing assistance to others on Nauru and Manus," Mr Dutton said.

This includes those 370-odd people who have come from Nauru or Manus and are receiving medical attention in Australia at the moment.

"The announcement today will never ever apply to any prospective arrivals," he said.

He said this is the latest step in Operation Sovereign Borders.

He thanked Mr Turnbull for his approach to President Barack Obama and the discussions that occurred at a ministerial level for a long period of time.

The 20-year visa arrangement with Nauru will also apply to new arrivals.

"Let that be a very clear message to all people that you will not step foot on Australian soil and we repeat that message again today," Mr Dutton said.

Mr Turnbull declined to put a timeline on the transition to the US other than it will be orderly.

He said each transferee would be carefully assessed by the US.

Asked about US president-elect Donald Trump wanting to ban Muslim immigrants to the US, Mr Turnbull said his government will deal with one administration at a time.