A Defence Housing Australia development in Queensland which would have destroyed habitat "critical to the survival of the koala" will not go ahead. 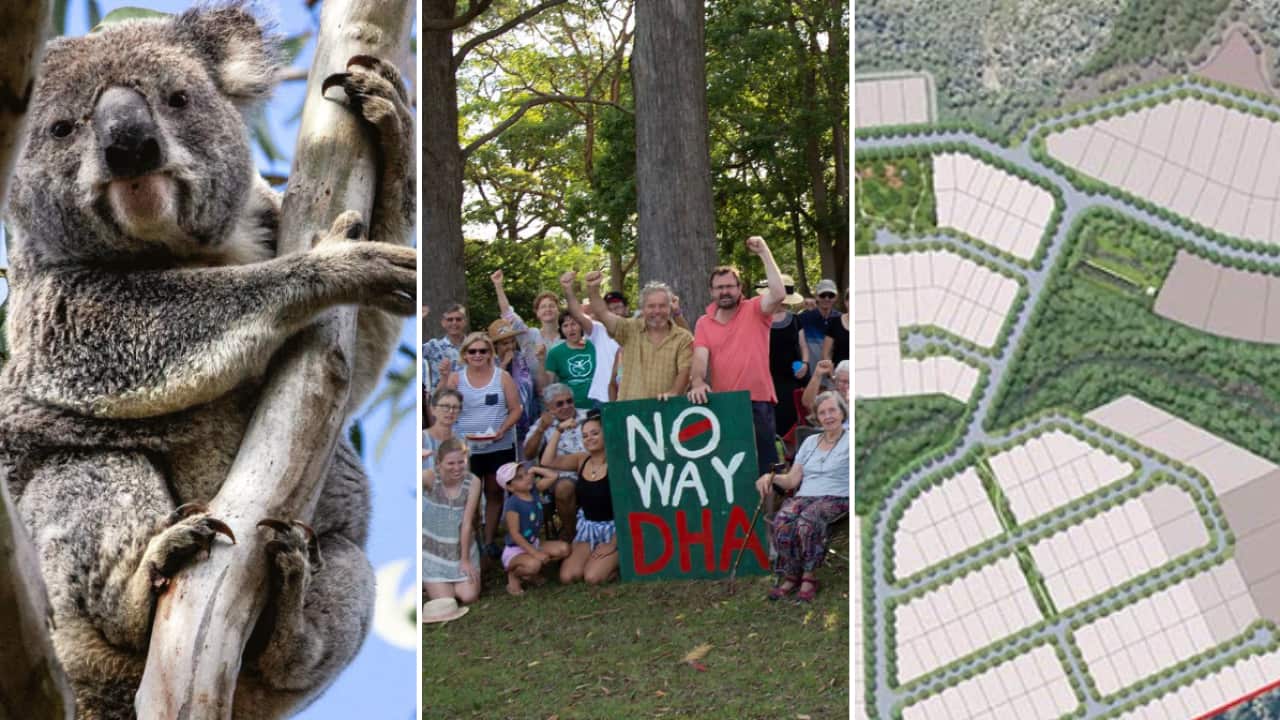 A southern Queensland community is celebrating after a controversial Defence Housing Australia (DHA) development was scrapped, saving a koala habitat from destruction.

Thousands of people had been
lobbying against the DHA application
to build 342 homes on a former rifle range at Mount Lofty, near Toowoomba, a known refuge of koalas and other native wildlife.

Their efforts appeared to pay off on Saturday, with federal Coalition MP John McVeigh announcing the government-owned DHA had withdrawn its application.

Secretary of the Save Mount Lofty organisation, Chris Meibusch, told SBS News his group was thrilled with the news.

"There's a significant level of disbelief," he said.

Mr Meibusch said he was frustrated at how the process played out.

He said the community had been kept in the dark over what was happening in recent months, saying they only became aware the DHA application was withdrawn via the local paper on Saturday.

He said concerned residents met Mr McVeigh as late as Friday night and were not told about the impending announcement.

"They [the DHA and Mr McVeigh] have treated us with contempt."

But Mr Meibusch said, for the time being, residents will focus on celebrating, with a party planned for Saturday night.

"I've also been getting wonderful messages from people overseas who have been following our campaign, people that are totally in love with koalas," he said.

"They have a sense of value towards our koalas, while [some people] here think of them only as a tourist attraction."

Malcom and Belle were found 20 metres a part from each other this month after locals heard them mating during the night. Source: Rachelle Patterson/Facebook

The land at the centre of the controversy has been owned by the Australian Defence Force for more than 100 years.

As part of the application, which was lodged with Toowoomba Regional Council in June 2018, the DHA submitted an independent ecological assessment, which said the area included "habitat critical to the survival of the koala".

Mr McVeigh said the decision came as DHA was "reviewing its business model".

"The majority of that land should end up in the hands of the council, and then it will be up to council, the stakeholders and the community as to what we do with it," he told local newspaper The Chronicle.

But Mr Meibusch said many residents were "absolutely worried" about future plans for the site.

He said the area should become a "large community nature park that includes the critical koala habitat, for the benefit of all of Toowoomba to enjoy".

SBS News contacted Mr McVeigh but has not received a reply.

A spokesperson for DHA said they would not provide comment.