Federal Attorney-General George Brandis has defended Tim Nicholls and says he's not solely to blame for how the LNP fared in the Queensland election. 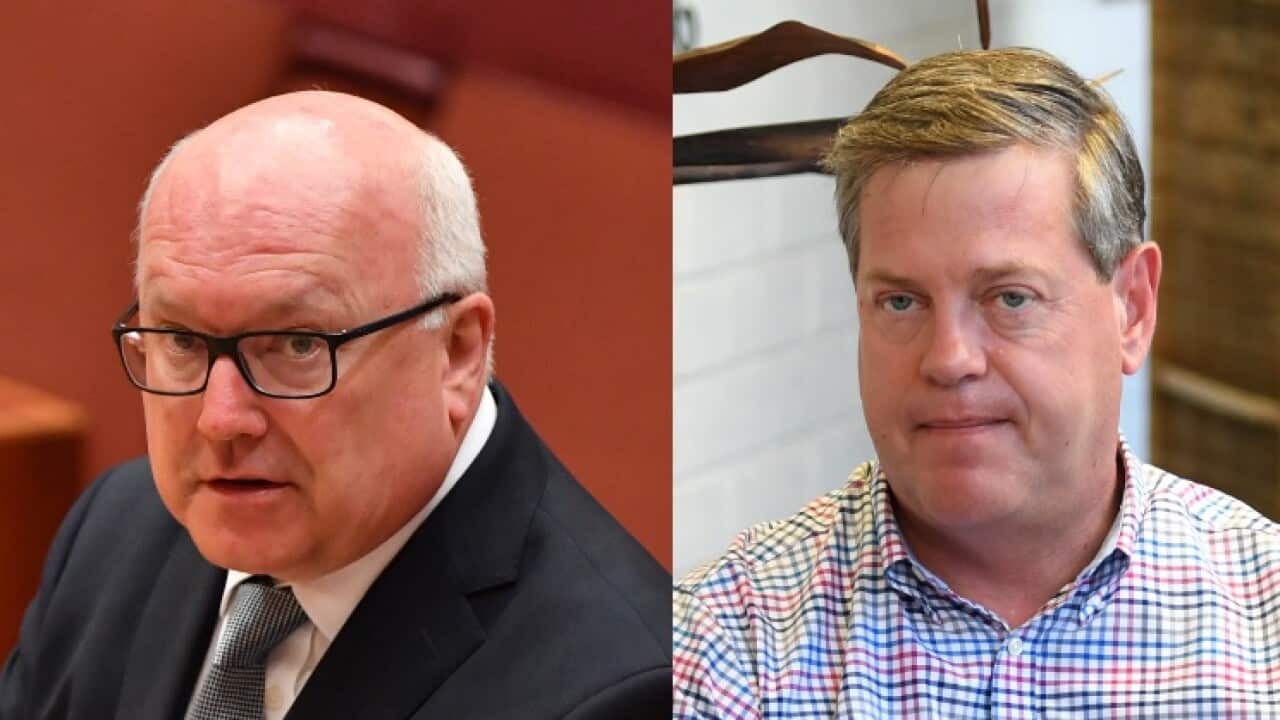 Federal Attorney-General George Brandis says Queensland's Liberal National Party needs to have "a very honest discussion with itself" but it's not yet time for a political divorce.

Senator Brandis also defended LNP leader Tim Nicholls amid speculation there'll be a change of leader, saying he doesn't deserve to shoulder all the blame for the party's election result.

"Tim Nichols has been a good opposition leader," he said.

Advertisement
In the event of an LNP loss, Senator Brandis said: "I think everyone who was involved in this campaign needs to have a very honest look at themselves, rather than trying to put all the blame on one person."

The LNP is yet to formally accept Labor is on track for a majority but the merged party is already talking about what needs to change after One Nation split the conservatives in Saturday's poll.

Nationals elders have been questioning the merger of Queensland's Liberal and National parties almost a decade ago, suggesting it robbed the traditionally rural party of its true identity.

Veteran Nationals identity and former Queensland senator Ron Boswell said the merger has clearly hurt the party's ability to fend off One nation.

"I just don't think it works," he told The Australian.

"When you look at when they (One Nation) first ran, we fought them off as a National Party in a federal campaign - we won every one of our seats and took a seat from the Liberals.

"It's very, very difficult to do that as the LNP; the blue-collar workers don't identify, don't understand it. The two parties have different value systems and identities."

Asked on Monday if the LNP should divorce in Queensland, Senator Brandis said it wasn't time for that "at the moment".

"I think the LNP is going to have a very honest discussion with itself among its members as to where non-Labor politics in Queensland goes from here," he told ABC radio.

He said virtually half the conservative vote went to One Nation in seats like Mirani and Keppel "that used to be the absolute backbone of the old National Party and before that the old Country Party".

"And in seats like Burdekin and Callide and Hinchinbrook, which were also part of the backbone of the old National Party and the old Country Party, they polled almost as many votes as the LNP," he said.