The Morrison government is in the process of trying to repeal the medevac bill. 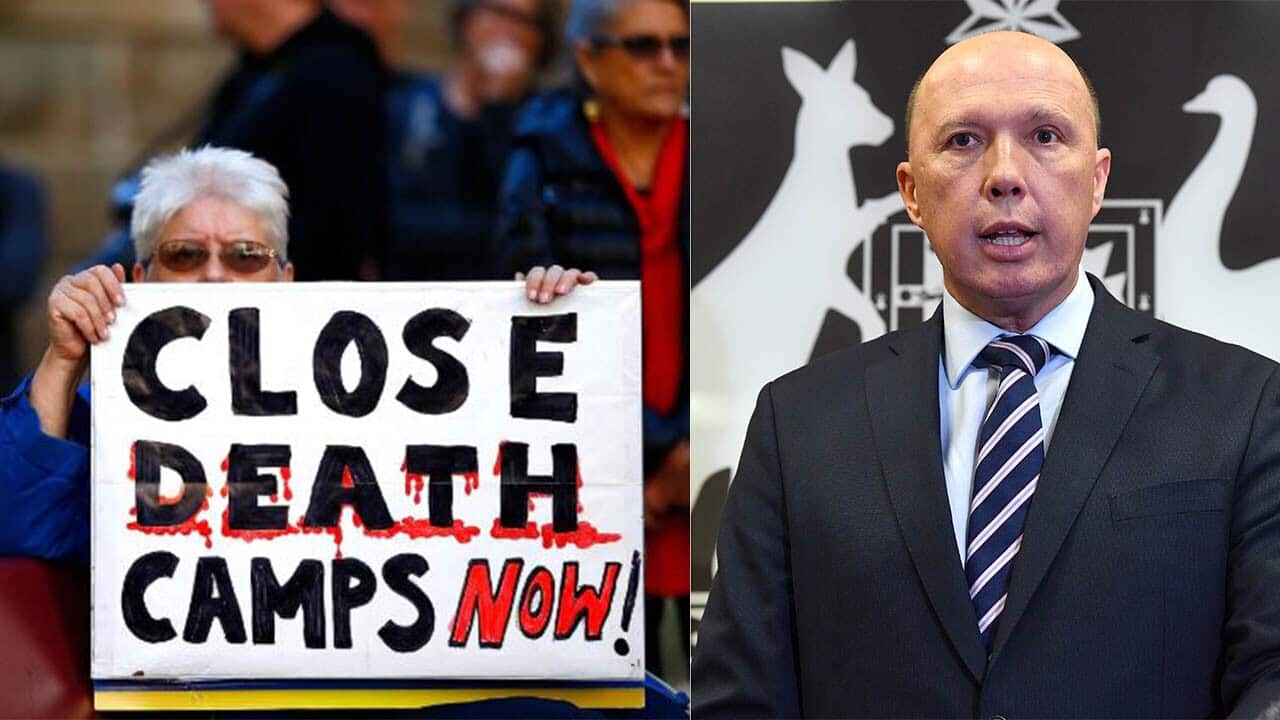 Advocates have stepped up efforts to save legislation that gives doctors more say in emergency medical transfers of asylum seekers from Manus Island and Nauru to Australia.

The Morrison government is trying to repeal
the "medevac bill"
with the process underway in Parliament.

Advertisement
The House of Representatives voted in favour of repealing the medevac bill last month
and
submissions close on Friday
for a Senate inquiry before it hits the upper house later this year.

According to the Human Rights Law Centre (HRLC), more than 90 people have been taken from Manus Island and Nauru for "urgent medical treatment" in Australia since the medevac bill was originally passed in February.

"Before the medevac laws, people were forced to go to court to get the care they urgently needed. We were in court at all hours, on weekends and even Christmas Eve to secure medical evacuations," executive director of HRLC Hugh de Kretser said in a statement.

"The medevac laws work by putting doctors, not politicians, at the heart of decisions about people's medical care. These laws must not be repealed."

CEO of the Refugee Council of Australia Paul Power said: "the medevac legislation has helped people with serious medical issues get access to lifesaving treatments in Australia".

"Since the law passed, people with serious heart problems, severe mental health issues, uncontrolled diabetes at risk of going blind, people who were at risk of losing functions of their limbs, to name just some of the conditions, have been given access to treatment," he said.

"The medevac bill has saved lives and must not be repealed."

A protester holds a placard during the Evacuate Manus and Nauru Protest. Source: AAP

The medevac bill was passed by Labor and the independents against the Morrison government's wishes.

It allows for extremely sick asylum seekers on Manus Island or Nauru to be transferred to Australia temporarily on the advice of two independent Australian doctors. But Home Affairs Minister Peter Dutton maintains the power to deny the application.

Throughout the year, the government has long argued the medevac bill is one step towards a "soft on borders" approach.

Mr Dutton has claimed the law could "open the floodgates" to asylum seekers.

"It sends a bad signal when you have a country like ours being dictated by doctors who can say that people must come here," he said earlier this year.

But so far, the government's fears that the bill could restart the people-smuggling trade appear to not have eventuated.

Tasmanian Senator Jacqui Lambie is likely to hold the pivotal vote when the repeal legislation reaches the Senate and is not revealing how she intends to vote.