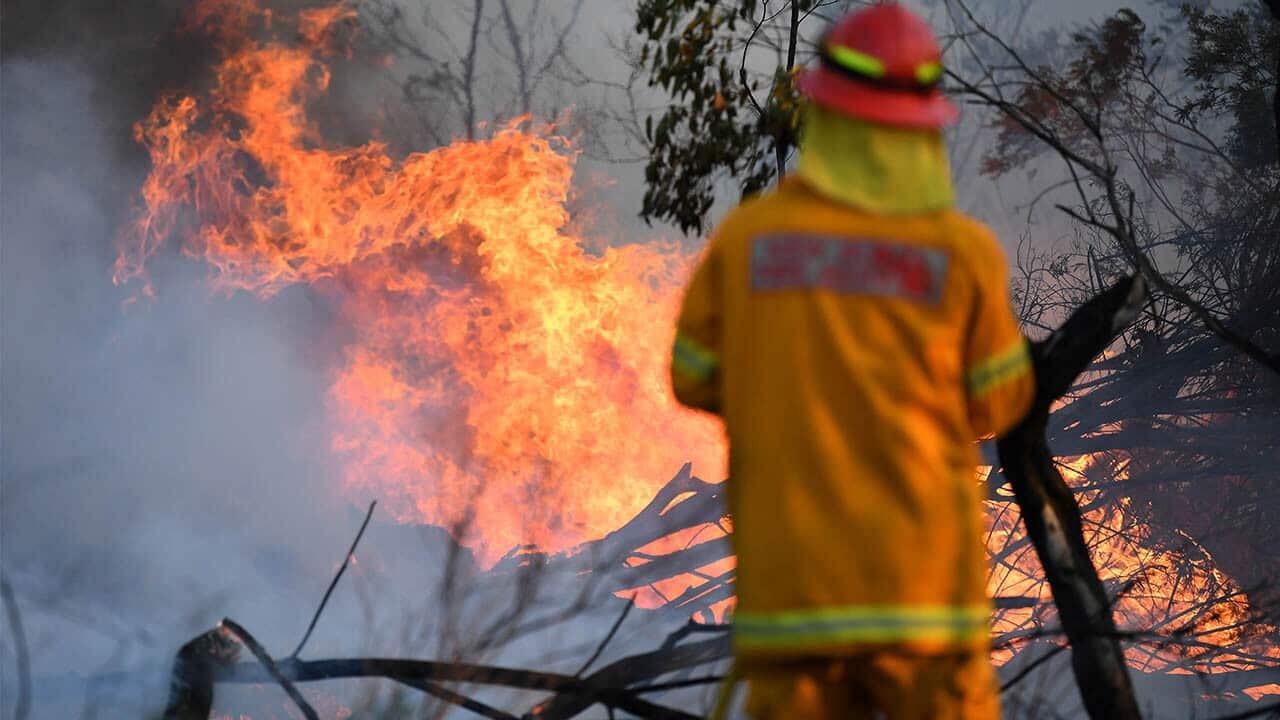 A firefighter defends a property in Torrington, near Glen Innes, Source: AAP

Lives have been lost and homes destroyed on the east coast of Australia due to
an unprecedented number of bushfires
.

The Bureau of Meteorology (BOM)
stated in a report last year
that Australia's climate has warmed just over 1°C since 1910.

The burnt out shell of a Jaguar vehicle sits in the ruins of a smouldering house near Taree. Source: AAP

In September, the Bushfire and Natural Hazards Cooperative Research Centre (BNHCRC)
released its annual seasonal bushfire outlook
, describing the east coast of Australia as having "above normal fire potential".