Labor and the Greens are among those calling on Prime Minister Scott Morrison to hold an independent inquiry into the allegations. 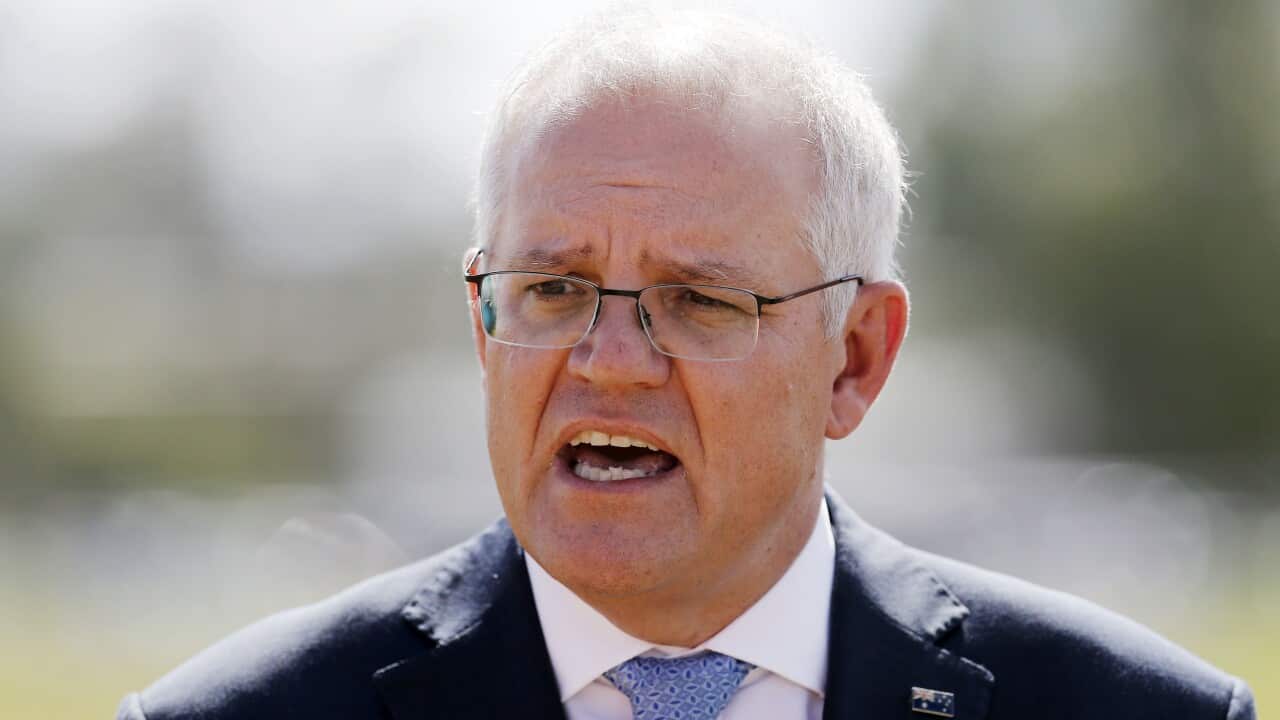 Scott Morrison said it was the most senior appointment of an Australian candidate to an international body for decades. Source: AAP

Prime Minister Scott Morrison has dismissed calls for an independent inquiry into a historical rape allegation against Attorney-General Christian Porter, which he has strenuously denied.

The prime minister on Thursday also rejected calls for Mr Porter to stand down from his current role as Australia’s top law maker - saying he expected Mr Porter to return to the job after a short period of leave.

In a press conference on Wednesday, Mr Porter identified himself as the cabinet minister who had been accused of raping a 16-year-old girl in 1988, breaking his silence to reject the accusations. The woman, from Adelaide, died last year.

Advertisement
Lawyers acting for the alleged victim’s family released a statement on Thursday saying the family is supportive of “any inquiry” that will shed light on the "circumstances surrounding" the woman’s death.

“The family of the deceased continue to experience considerable grief arising from their loss,” the statement said, as reported by News Corp.

“They are supportive of any inquiry which could potentially shed light on the circumstances surrounding the deceased’s passing.

“They ask that their privacy be respected during this difficult time.”

NSW Police closed their investigation into the rape allegation, put to them in February last year by the woman at the centre of the complaint, due to a lack of admissible evidence.

Meanwhile, political opponents have called on Mr Morrison to hold an independent inquiry to examine the allegation and whether further action should be taken.

Speaking to reporters on Thursday, the prime minister said he stood by Mr Porter and his right to the presumption of innocence.

“I have to make my decisions based on the process followed by the police. There is no other alternative for a Prime Minister than the rule of law,” he said.

Mr Porter has also rejected calls to stand aside from his role, saying he’s become a victim of trial by media and the rule of law would be worthless if people lost their job based on accusations alone.

“Nothing in the allegations that have been printed ever happened," Mr Porter said on Wednesday.

Labor Senator Penny Wong insists an independent inquiry is needed to review the allegations and whether Mr Porter should be stood aside from his role.

She said such an investigation would assure Australians whether they should have confidence in Mr Porter to remain the nation's first law officer.

“We have serious credible allegations about our attorney general and the prime minister really needs to really stop looking at this as an issue of clear political management,” she told ABC radio on Thursday.

“The reality is unless there is some form of investigation … these questions will continue.”

"That is what the Australian public is calling for, a proper and thorough independent investigation," she told SBS News.

Greens Senator Larissa Waters has accused Mr Morrison of trying to sweep the allegations “under the carpet” by not pursuing an independent inquiry.

“We need an independent inquiry into these allegations,” she told the ABC. “You cannot have unresolved allegations surrounding the most senior law office of the land.”

The lawyer who represented the woman at the centre of the allegations has also called for an independent inquiry.

“There is one authorised body to deal with such serious criminal allegations and that is the police,” he told ABC radio.

“Christian Porter is entitled to the presumption of innocence and the rule of law needs to apply here.”