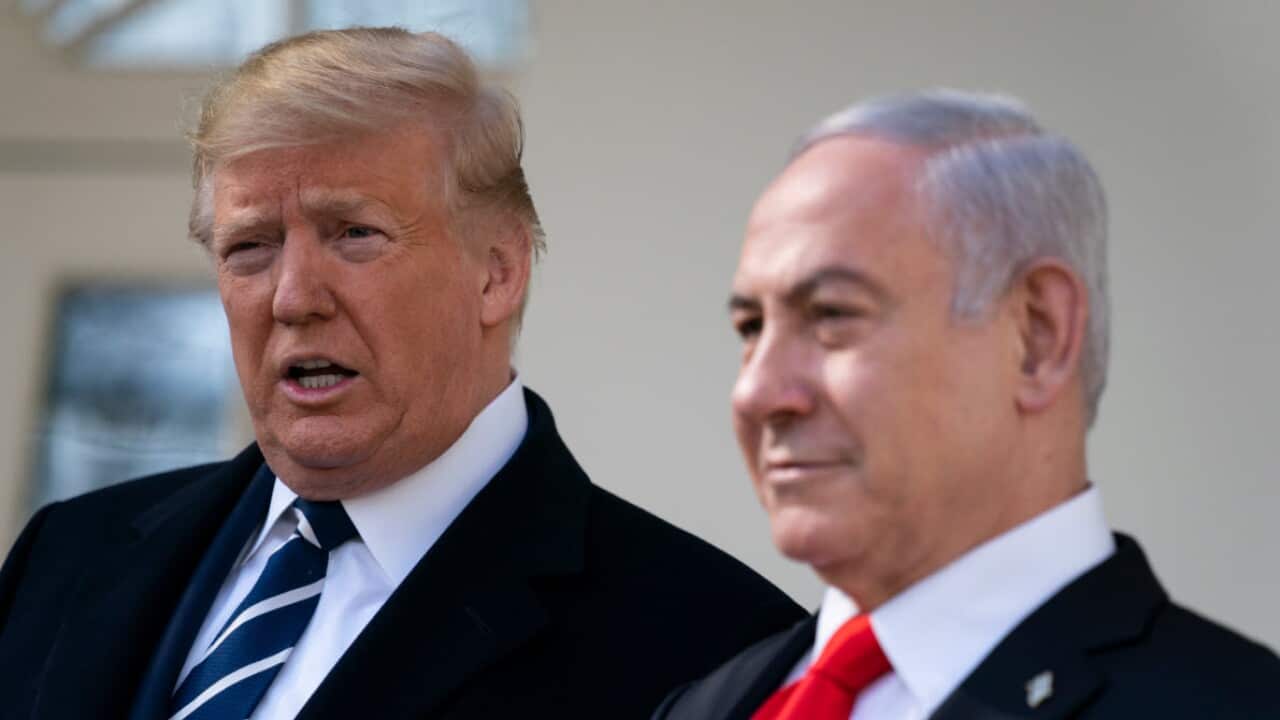 Donald Trump and Benjamin Netanyahu during a meeting at the White House, 27 January, 2020 Source: AAP

Advertisement
Reporters were escorted into the Oval Office where Mr Trump was on speakerphone with Sudan's leadership and Israeli Prime Minister Benjamin Netanyahu, a close ally of the embattled Republican president.

READ MORE
Mamer came to Australia as a refugee. He committed a violent crime. Can he be deported back to a war-torn country?