Supporters of the Murugappans have welcomed the move as "another huge step in the long journey home" for the family. 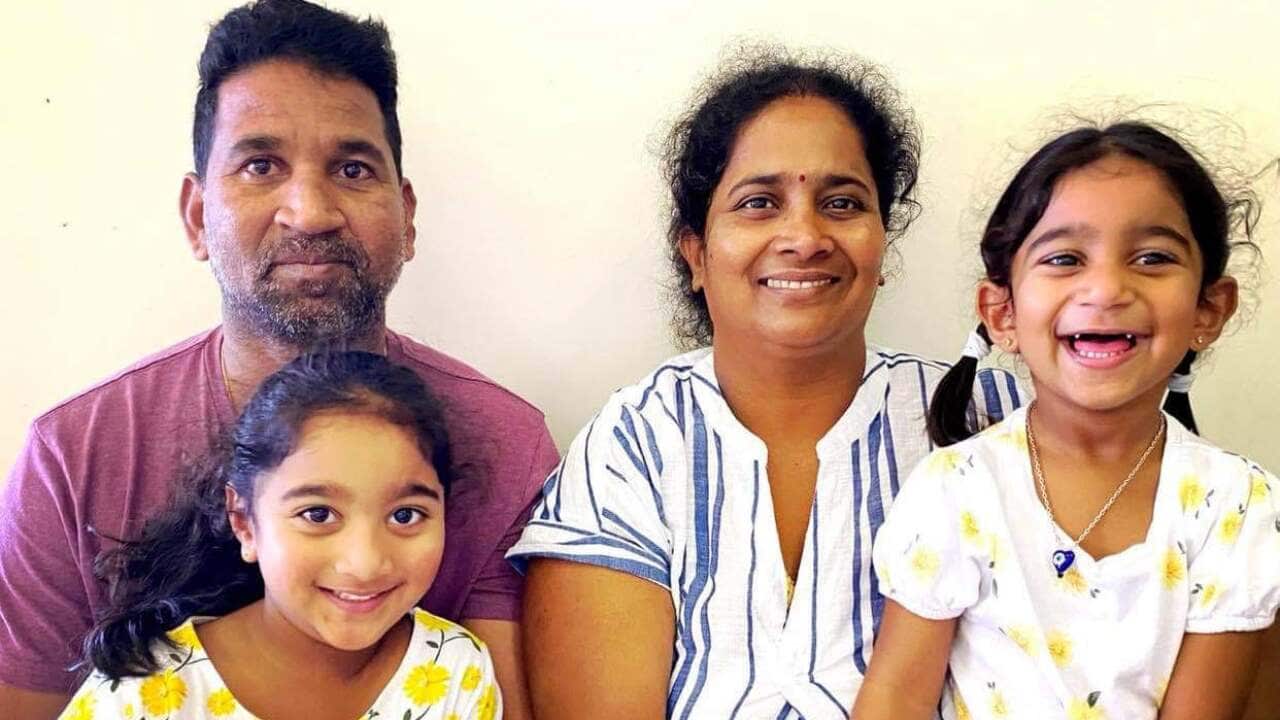 Immigration Minister Alex Hawke says he has granted bridging visas to the three oldest members of the Tamil asylum seeker family from Biloela, providing them work and study rights while they reside in the Perth community.

Mr Hawke announced on Wednesday that he had exercised his power under the Migration Act to grant the three-month visas, having judged it was in the public interest to do so.

It comes after the Murugappan family - mother Priya, father Nades, and daughters Kopika and Tharnicaa - was last week released from a Christmas Island detention centre to reside in community detention in Perth amid their ongoing legal battle to remain in Australia.

Advertisement
"This decision allows three members of the family to reside in the Perth community on bridging visas while the youngest child’s medical care, and the family’s legal matters, are ongoing," Mr Hawke said in a statement on Wednesday, not referencing the family's names.

Supporters said the family's lawyer was making legal inquiries about four-year-old Tharnicaa, who has not been granted a bridging visa.

They maintain hope the Murugappans will be able to leave Perth and travel to Biloela, the Queensland town where they lived before being taken into immigration detention in 2018.

"Today’s news is another huge step in the long journey home for Priya and her family, but still there is no certain pathway home to Bilo," family friend and Home to Bilo spokesperson Angela Fredericks said in a statement.

"While we welcome Priya, Nades, and Kopika being granted bridging visas, we wonder what precisely is the minister’s objective in denying little Tharni one.

"This family must stay together, and they need to be back in Biloela as soon as humanly possible."

Labor’s immigration spokespeople Kristina Keneally and Andrew Giles said it was “disappointing” Tharnicaa was not issued a visa.

“Many Australians will be concerned that the minister has only granted the three family members a three-month bridging visa, and we share those concerns,” they said in a statement.

“We are hopeful that the minister has set a three-month period with a view to allow him the time required to consider the materials before him and make a decision to return [the family] to their home in Biloela.”

Greens leader Adam Bandt said in a tweet the family deserved "more than temporary solutions", adding that Mr Hawke had the power to grant them permanent visas but was choosing not to.

Asylum Seeker Resource Centre chief executive Kon Karapanagiotidis said that while it was good the family members were being given work and study rights, the bridging visas didn't "give them security, permanence or the chance to call where their kids were born home".

Mr Hawke last week made the call to move the Murugappans from Christmas Island after Tharnicaa was medically evacuated with her mother to Perth. Supporters said she was diagnosed with a blood infection caused by untreated pneumonia.

The immigration minister at the time said the move would "not create a pathway to a visa".

Tharnicaa was
discharged from hospital
over the weekend.