A new survey of Centrelink payment recipients has painted another picture of poverty and discontent around mutual obligation requirements. 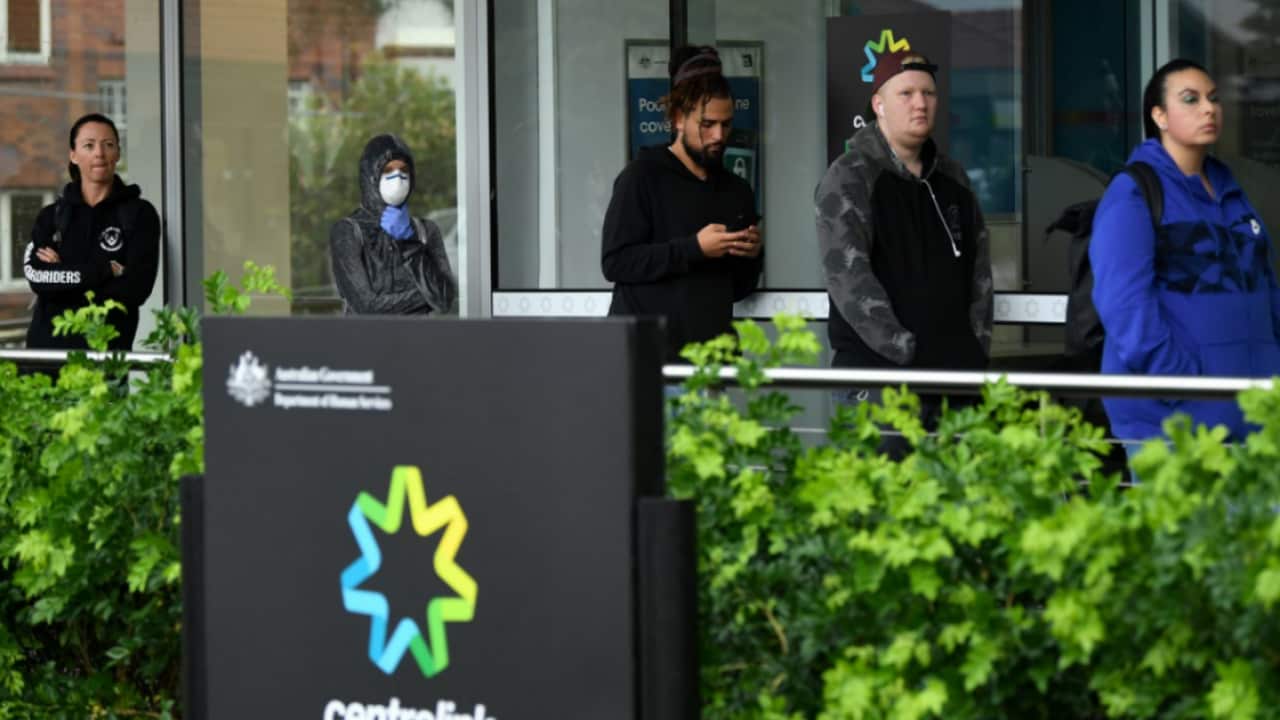 The Employer Reporting Line - dubbed ‘Dobseeker’ by its critics - is already copping backlash by activists and jobseekers. Source: AAP

The old rate of JobSeeker was leaving some people with as little as $7 per day after paying rent, a new survey has found, as recipients brace for the government's latest winding back of the topped-up payment.

Anglicare Australia’s survey of more than 600 people getting Centrelink payments from July to November also found 72 per cent of respondents skipped meals each week and one in ten were couch surfing.

After JobSeeker’s coronavirus-induced temporary raise, the percentage of people living on $7 a day halved from 41 per cent to 18 per cent, Anglicare said.

Advertisement
Executive director Kasy Chambers said the findings “walloped [her] between the eyes”.

“I just can’t begin to think how you eat, how you heat your home in the winter, how you put clothes on your back and catch a bus on seven dollars a day,” she told SBS News.

READ MORE
Despite the boost to JobSeeker, recipients across Australia remain in severe rental stress

The old $40 per day rate of JobSeeker, formerly known as Newstart, has not been raised in real terms on a permanent basis since 1994.

It was lifted at the onset of the pandemic by a $550 per fortnight coronavirus supplement, which has been gradually wound back since.

After the latest cut the supplement, set to come into effect on 1 January, the total amount a single person can receive on JobSeeker will fall
to $715 a fortnight
, or $51 a day.

That rate will continue until the end of March at a cost of $3.2 billion, Prime Minister Scott Morrison said last month, but no decisions have been made beyond then.

"We haven't made a final decision on that. What we are focused on right now is the emergency measures that need to be in place for the pandemic," he said.

Welfare groups have long called for a permanent increase to JobSeeker.

“We need to be increasing the rate and holding that rate, so people can actually live properly while they look for work,” Ms Chambers said.

Just 13 per cent of people thought obligations were helping them find paid work. Three in four said they would participate in activities that actually lead to work.

Centrelink signage is seen at its Prahran office in Melbourne Source: AAP

Ms Chambers said the respondents wanted to do activities "that matter" and that lead them into work, rather than engage in "pointless busywork".

“We’ve got to … look at what we’re looking at asking people to do. [These are] adults we’re asking to play in the circus of job seeking in a very meaningless way,” she said.

Mutual obligation requirements were suspended in March, but have since restarted. More than 74,000 payments
were put on hold over the three weeks
between 28 September and 18 October.

Employment Minister Michaela Cash said last month the government was aware it remains “a challenging time for those looking for work”.

“The government … encourages job seekers to access the full range of assistance available to them – including access to skills training, assistance for other work preparation activities and referral to relevant support services – including mental health services, if required,” she said.