The discovery of the Omicron variant comes as developed countries such as Australia roll out booster shot programs while vaccination rates and availability in lower socio-economic nations languish. 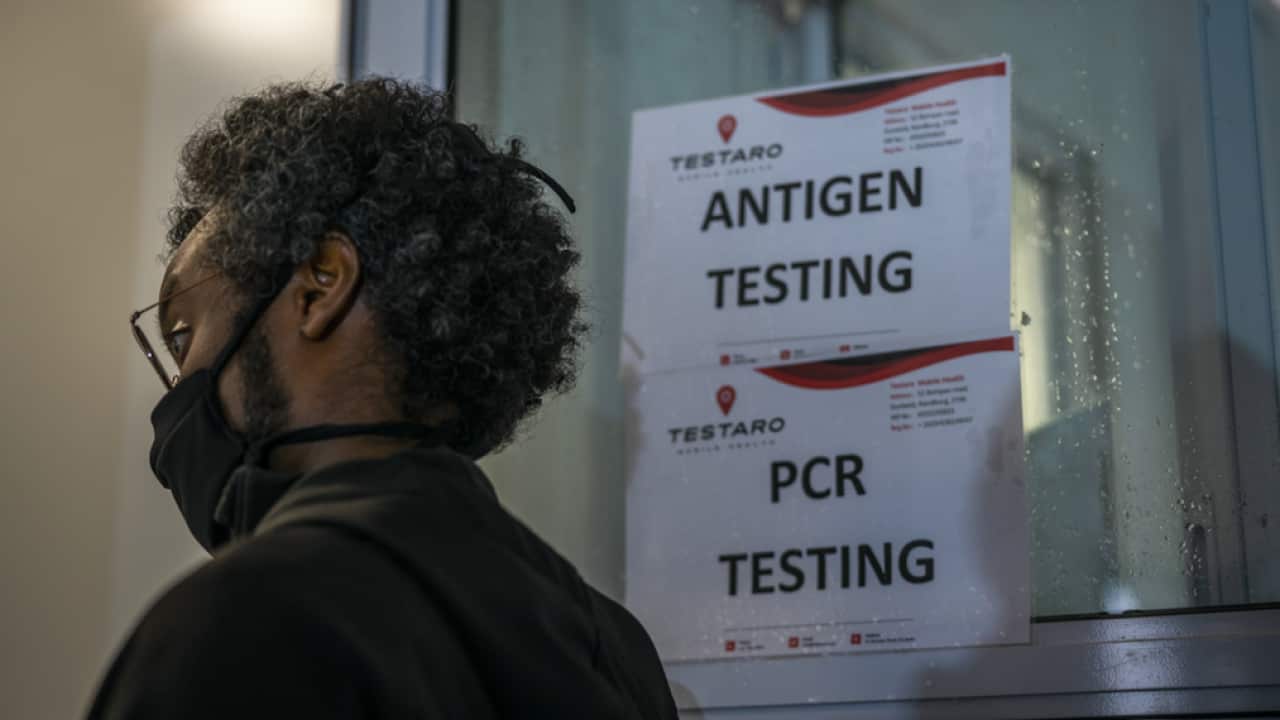 A person queues to be tested for COVID-19 in Johannesburg, South Africa Source: AAP

The emergence of the new Omicron COVID-19 variant has been blamed in part on rich countries stockpiling vaccines and failing to heed months of repeated warnings about inequity in the developing world.

The World Health Organization has labelled Omicron a variant of concern after its emergence in southern Africa, which has much lower vaccination rates and levels of access than the developed world.

Experts say there is a link between the emergence of new variants and low vaccination rates, and new variants could keep emerging in countries that have low levels of protection against COVID-19.

Advertisement
Campaigners, meanwhile, are calling for high-income countries to step up cooperation to help low- and middle-income nations with fragile health systems.

The End COVID For All campaign, backed by a coalition of major health and charity groups,
said in a report last month
Australia must not “close its eyes” to the pandemic overseas and warned mutations could start to appear in developing countries over the next year.

“Epidemiologists have been saying that in developing countries, the low vaccine rate vaccination rates will almost certainly lead to mutant strains,” campaign director Tim Costello said on Monday, just a month after that report.

Mr Costello said rich countries have failed to share vaccine resources over the course of the pandemic.

“Rich countries bought and ordered vaccines for five times our population. We had the money to buy them and secure that. That's why the poor, particularly in Africa and elsewhere, missed out,” he said.

“We then said okay, we'll share our extras. But sharing is a bit chaotic and a charity model, when there should have been a justice model saying every human has a right to the vaccine.”
READ MORE
Border reopening to visa holders delayed by two weeks amid Omicron uncertainty
UNICEF Australia is among several non-profits calling for greater vaccine access for poorer countries in the wake of Omicron.

CEO Tony Stuart said "the only pathway out of this pandemic is vaccine equity" and it is crucial to think about “how we can contain the virus globally”.

What are the vaccination rates in developing countries?

The discovery of the Omicron variant comes as international borders reopen and developed countries such as Australia roll out booster shot programs, while vaccination coverage and availability in lower socio-economic nations languish.

Just 7.15 per cent of people in Africa were fully vaccinated, according to the data.

Australia boasts a double dose rate among the whole population of almost 73 per cent.

Research by the Lowy Insitute released last week found, at current rates, some Pacific countries may take years to reach a basic adult vaccination level, and it could take Papua New Guinea five years to innoculate a just third of its population.
Warnings and concern about vaccine equity have been sounded for months.

In September, the United Nations Secretary-General Antonio Guterres
described it as an “obscenity”
, saying images of unused vaccines among rubbish in richer parts of the world told “the tale of our times”.

“This is a moral indictment of the state of our world. It is an obscenity. We passed the science test. But we are getting an F in ethics,” he said.

As his country grapples with the spread of Omicron and the world closing its borders to southern Africa, South African President Cyril Ramaphosa on Sunday called on rich countries to stop fuelling vaccine inequity.

"The emergence of the Omicron variant should be a wake-up call to the world that vaccine inequality cannot be allowed to continue. Until everyone is vaccinated, everyone will continue to be at risk," he said.

What’s the link between mutations and vaccination levels?

Experts say high levels of transmission and viral replication within a community give the virus more opportunities to mutate.

“The more people who get COVID as an infection, the more likely we are to see mutations,” said Alex Martiniuk, a professor of epidemiology at the University of Sydney.

“The sheer number of people getting it is a problem. The more we can reduce that occurring, the better we do.

“Mutations arise in a single individual, often an immunosuppressed, person who has the infection for a long period of time. It can take only a couple of people for it to happen, so everybody has a role to play assisting in everyone getting vaccinated.”
A healthcare worker administers the Pfizer COVID-19 vaccine from to a woman in Katlehong, east of Johannesburg, South Africa. Source: AAP, AP
Nathan Grills, a professor at the University of Melbourne’s Nossal Institute for Global Health, said vaccine equity is “a really important issue”.

“Ultimately, we're not safe until everyone's safe,” he said.

“If the virus continues to rapidly spread in [low income] countries, then we'll get more mutations popping up, so it does reinforce to us all the need to focus on protecting, not just high-income countries, but all countries."

What needs to happen now?

Mr Costello said Australia should recommit to an “internationalist approach” that says we will share more vaccines with international initiatives such as COVAX, “rather than just doling them out on particular bilateral requests”.

He said he was worried without more vaccines and initiatives to combat hesitancy, new variants could emerge in nearby vulnerable Pacific nations such as PNG, where less than three per cent of the total population is fully vaccinated.

“It's just kilometres across the border from the Torres Strait islands, so our back door effectively is wide open if we don’t then close it a bit,” he said.
READ MORE
WHO calls for moratorium on COVID-19 vaccine booster shots to combat inequity
Mr Stuart said while high-income countries have made generous vaccine pledges outside of their own borders, only a small percentage of those have actually been delivered.

“Higher-income countries have rightly prioritised their own citizens. which is important, but what we can't do now is start hoarding syringes and hoarding additional vaccines while we have ‘haves’ and ‘have nots’ in the world,” he said.

“We've got to urgently ramp up the donations promised and get them out to those countries - and we've also got to encourage more promises.

“None of us want to see a world which had polio or smallpox, and really what we all want to make sure it's in everyone's interest to ensure that everyone who wants a vaccination can have a vaccination.”
READ MORE
The Omicron COVID-19 variant has sparked travel bans, but they aren't the answer to stopping it
The Department of Foreign Affairs and Trade was contacted for comment.

Australia has joined the COVAX initiative, which aims to promote equitable access to COVID-19 vaccine among all countries in the world.

While the program initially pledged to distribute 2 billion doses by the end of 2021, the target was revised by 30 per cent down to 1.4 billion in September.

Australia has also committed to sharing up to 15 million doses with the Pacific and Timor-Leste by mid-2022.

Trade Minister Dan Tehan in September called on countries to set aside “self-interest” in order to distribute COVID-19 vaccines equally and fairly.