As thousands of Australians plead with the government to increase the cap on international arrivals so they can return home during the coronavirus pandemic, a new campaign shows just how widespread the situation is. 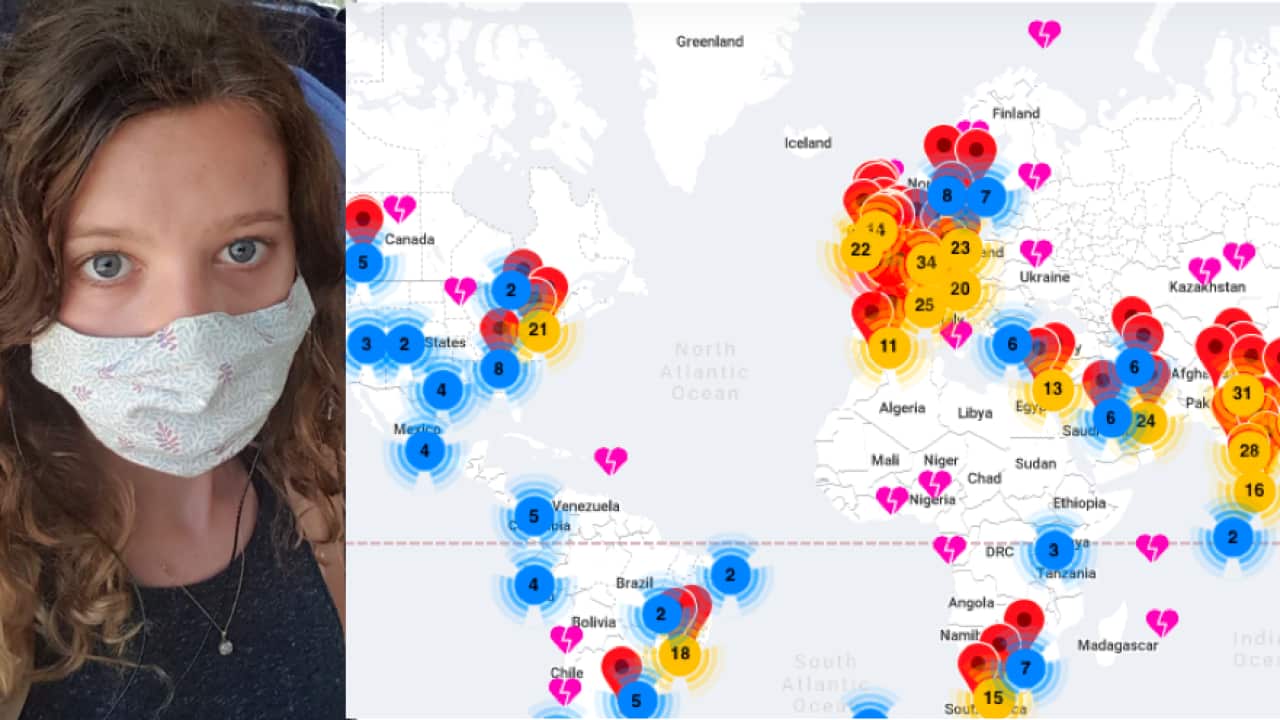 Ziggy Driscoll is one of the thousands of Australians stranded overseas. Source: SBS / , RemoveTheCap.com

Pieter Den Heten is a Dutch-born Australian citizen who had lived in Australia for nearly a decade before moving to Germany last year.

Little did he know it would become the toughest year to begin a new chapter overseas.

In February, when COVID-19 began to spread, the 44-year-old digital product designer made the decision to return to Australia. But he never made it. He is now stranded in the Netherlands while his partner, Fran, is in Australia.

Advertisement
Thousands of Australians like Pieter are currently stuck overseas as caps on international arrivals put tight limits on citizens and residents trying to get home. Australia’s National Cabinet cut the number of people allowed into Australia in July to ease the burden on COVID-19 quarantine programs.

Pieter Den Heten is in the Netherlands while his partner Fran is in Australia. Source: Supplied

Currently, only 4,000 people are allowed into Australia each week, but 23,000 Australians have registered with the government saying they want to come home according to figures released on Wednesday, and the Board of Airline Representatives of Australia estimates the real figure is closer to 100,000.

For many, the wait seems impossible. Some are homeless, jobless, and terrified for sick or vulnerable loved ones back in Australia.

Only 4,000 people are allowed into Australia each week, but estimates suggest up to 100,000 Australians are stuck overseas.

Pieter has now founded a website, RemoveTheCap.com, to show how widespread the issue is in one interactive map. After launching only last week, more than 1,300 pins have been added by Australians stranded in countries across the world, and the number is growing every day.

The site is now partnering with another initiative, PassengerCaps.info, that provides information on what the caps are and how Australians can get help. The aim is to demonstrate the severity of the issue to Australians back home and gain public support.

People stuck all over the world have been adding their stories to the map. Source: SBS / , RemoveTheCap.com

“Indirectly, I want policy change. But my opinion is that the policies in place are only there to satisfy public opinion,” Pieter says.

“There's something that's happening in Australia where the general public leans way more towards stricter measures … I'm just trying to shift public opinion a little bit so that policy can potentially change.”

Labor is expected to move a motion in the Senate on Thursday calling for the quarantine caps to be increased and for charter flights to be introduced to help those who are stuck.

The National Cabinet is also due to meet again on Friday, at which time the border caps will be reviewed.

READ MORE
Australia is slashing international arrivals by half. How will that affect stranded citizens and permanent residents?

Ziggy Driscoll is one of the Australians sharing her story via Pieter’s site. The 24-year-old left Australia for the Netherlands in June to care for her grandmother, who had a stroke, and her mother, who had broken her leg.

Now her mother has recovered, Ziggy wants to come home to her partner, her job, and the rest of her family.

“I also have a medical condition … but my neurologist is in Australia, and I'm on an ongoing medication which is proving quite difficult to source in the Netherlands,” she says.

Ziggy Driscoll left Australia to care for her grandmother and now can't get home. Source: Supplied

Ziggy booked her flight from Amsterdam to Sydney in late July for the following month, but her seat on the plane was later cancelled.

“I don't have too many savings left and buying the ticket home also cost a fair bit,” she says.

The airline is currently holding her ticket so she can re-book, but it’s proving difficult.

“Currently my airline, they say that there aren't any tickets available and I haven't been able to find any with any other airlines.”

Ziggy says she feels lucky that she has enough money and a place to live in the Netherlands, while many others are in serious financial trouble.

Pieter is worried that his savings will soon dry up, but he can’t look for work where he is because he has a flight booked soon and it wouldn’t be easy to find a temporary job in his line of work.

“I can’t find a job and then say ‘oh, let’s see if I get on the flight’ ... because it doesn't work like that here,” he says. “You have three months notice periods on jobs and on houses.”

Pieter says he couldn’t just pack up his life and leave when Prime Minister Scott Morrison called citizens home in March. He fell ill, there was a lockdown where he was, and he had a shipping container full of belongings to deal with that he’d just had sent over from Australia.

The government reportedly has a large-scale evacuation plan in the works to bring stranded Australians home, according to a report in the Sydney Morning Herald this week.

And on Wednesday, Foreign Minister Marise Payne announced a Hardship Program, providing loans to the most vulnerable citizens overseas to cover their accommodation and living expenses until they can get home.

Sydney woman Naomi Nguyen had been working as a teacher in Valencia for only two months when Spain went into lockdown. Under the country’s COVID-19 rules the 23-year-old wasn’t able to leave and the border caps meant she has been repeatedly bumped off any flights she’s tried to book since.

Now, Naomi, who has also registered on Pieter’s map, is living on a friend’s couch in Portugal and relying on them and her own family for funding.

When Naomi called the Australian embassy in England - where she had travelled for a flight home in early August - to ask for help, she was told she should have gone home in March.

“They said, “Oh, you're living on a couch. You're luckier than most people”,” she says.

The embassy also suggested to Naomi that she use her superannuation to help with financial difficulties.

The situation is also impacting her mental health, she says, as she desperately misses her family and friends in Sydney.

“Last night I woke up crying. With no proper healthcare, you can't even go see [a psychologist] about it … It's just such a burden to be doing this by yourself in a country you're not comfortable in.”

Ziggy is also struggling with anxiety as her situation becomes increasingly stressful. The attitude of some Australians back home doesn’t help, she says, when those stuck overseas “haven't done anything wrong”.

A spokesperson for the Department of Infrastructure, Transport, Regional Development and Communications said: "The Australian government works with international airlines to implement the international passenger arrival caps, which were agreed by National Cabinet”.

“State governments requested the caps, which are based on advice about their quarantine and related resources capacity."

“On 7 August 2020, National Cabinet agreed the international passenger arrival caps at Australian airports should be extended until 24 October 2020 and would continue to be reviewed.”

As Pieter’s website gains momentum, the hope is that people back home and the Australian government may relate to their fellow citizens overseas, and offer support.

“We're not a danger,” Ziggy says. “I need a negative COVID-19 test to actually get on the plane, I can’t get on without one, and when I come into the country, I'll be tested again. We're not a risk.”