Josh Cavallo says he was targeted with homophobic abuse during Adelaide United's away A-League Men draw with Melbourne Victory. 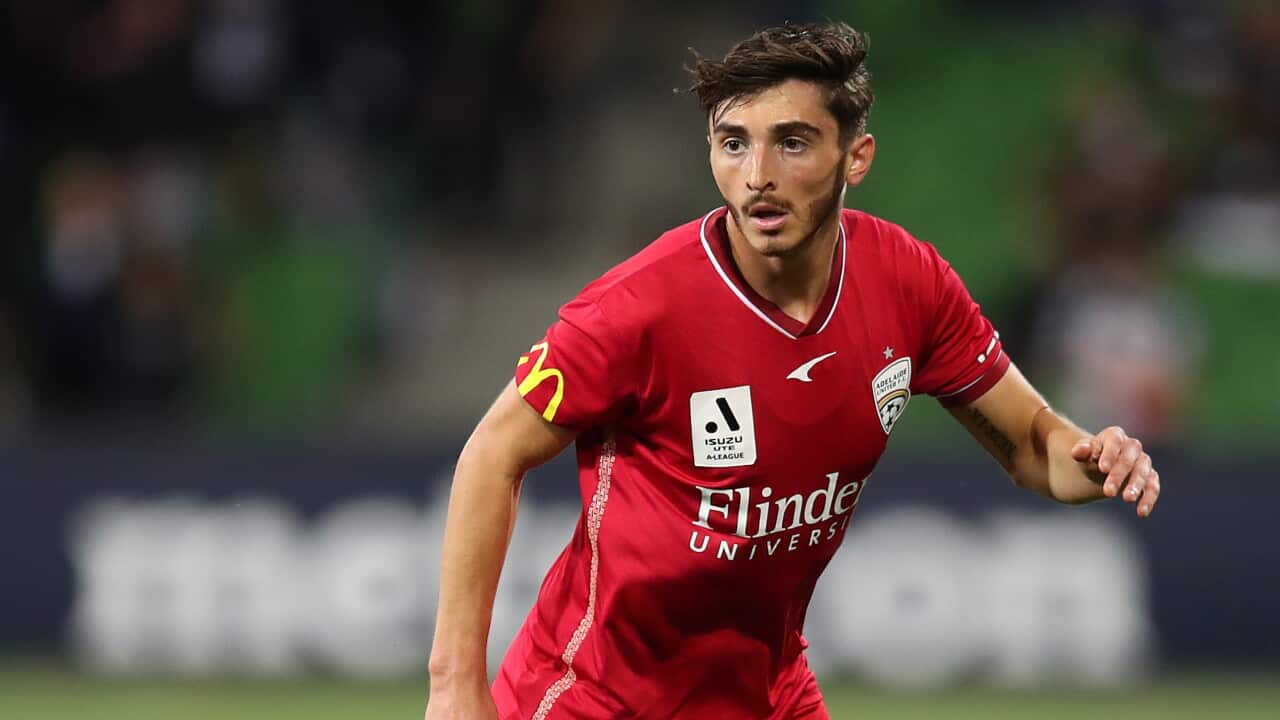 Joshua Cavallo of Adelaide United in action during the round nine A-League Men's match against Melbourne Victory on 8 January. Source: Getty

Openly gay Adelaide United defender Josh Cavallo has called out homophobic abuse directed at him during the club's A-League Men away match against Melbourne Victory.

Cavallo, currently the only out gay player in a top-tier men's football league worldwide, came on as a substitute in the 54th minute at AAMI Park on Saturday night and said he had "no words" to describe his disappointment at receiving abuse from the crowd and on Instagram.

It came just over two months after the 22-year-old made international headlines and received worldwide support when he came out via social media and Adelaide United's online channels on 27 October.

Advertisement
"I'm not going to pretend that I didn't see or hear the homophobic abuse at the game last night," Cavallo said on Instagram on Sunday.

"There are no words to tell you how disappointed I was. As a society this shows we still face these problems in 2022.
READ MORE
'Football is for everybody': World reacts to footballer Josh Cavallo coming out as gay
"This shouldn't be acceptable and we need to do more to hold this (sic) people accountable. Hate never will win.

"I will never apologise for living my truth and most recently who I am outside of football."

Cavallo said in addition to abuse at the game, he'd also received hurtful messages on Instagram.

"To @instagram I don't want any child or adult to have to receive the hateful and hurtful messages that I've received," he said.

"I knew truly being who I am that I was going to come across this.
READ MORE
'I'm gay and I'm a footballer': Adelaide United's Josh Cavallo comes out in emotional video
"It's a sad reality that your platforms are not doing enough to stop these messages."

Cavallo said he'd appreciated hearing from other fans who'd made contact after "making a stand at the game" against the abuse.

The abuse was roundly condemned on Sunday and Victory said they were working with the APL, AAMI Park and Adelaide on an investigation.

"Spectators found to have breached these standards will be banned from future matches," the club said in a statement.

APL chief executive Danny Townsend said the league would "issue sanctions to any people found to be involved".
Adelaide chief executive Nathan Kosmina said the Reds were "appalled" by the abuse.

"Adelaide United is proud to be an inclusive and diverse football club, and to see one of our players subjected to homophobic abuse is disappointing and upsetting," he said.

"Josh continues to show immense courage and we join him in calling out abuse, which has no place in society, and it will not be tolerated by our club.

"We will continue to work with the Australian Professional Leagues and Melbourne Victory to identify perpetrators and prosecute them accordingly."

PFA co-chief executives Beau Busch and Kathryn Gill described the abuse as "abhorrent" and said those who had targeted Cavallo had "illustrated their cowardice".

Cavallo was forced from Saturday's game in the 97th minute after copping a stray elbow from Victory's Lleyton Brooks, suffering blurry vision in one eye, though he was later cleared of concussion.