EXCLUSIVE: Migrants with hepatitis B are set to benefit from the government’s relaxing of rules about health conditions, but the change has come too late for Sidney Vo. 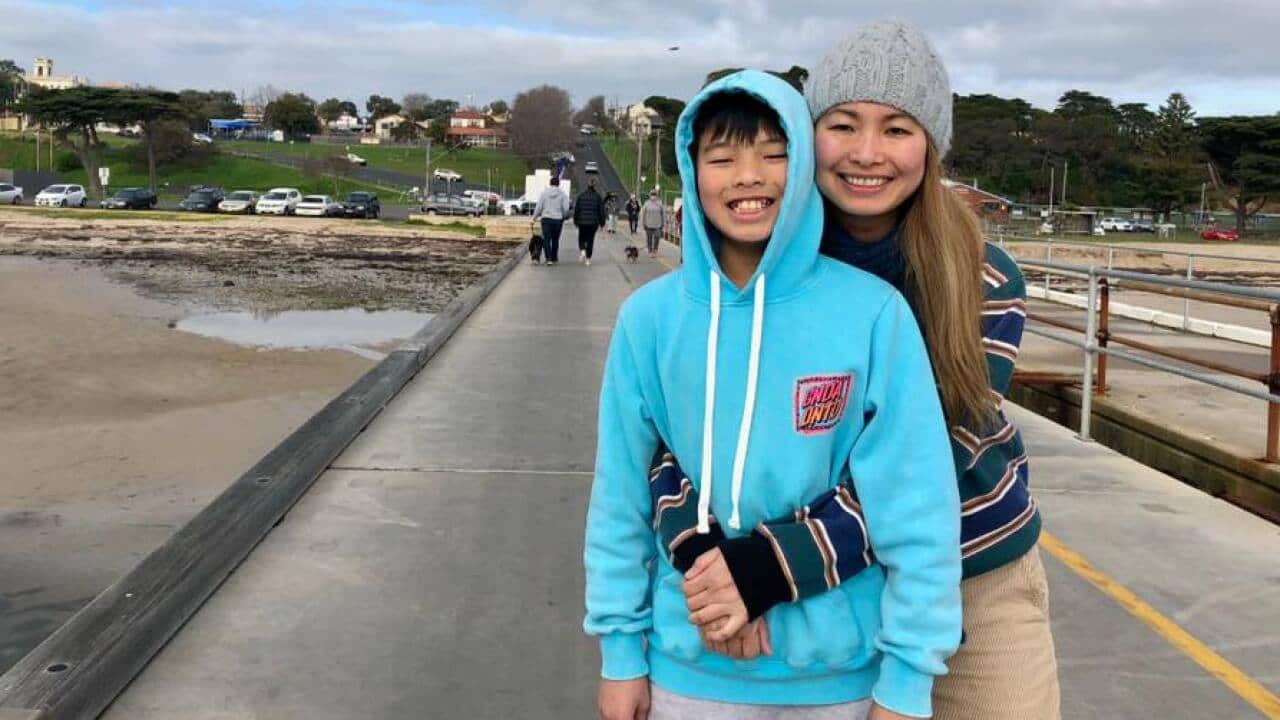 A Vietnamese single mother is facing deportation from Australia with her son because she has hepatitis B, despite changes to immigration health rules designed to benefit migrants with chronic medical conditions.

The viral infection, which is prevalent in South East Asia, makes little difference to Sidney Vo's daily life, but it has cost her the opportunity to settle in Australia permanently - despite having lived in the country for 10 years.

“I was shocked that it’s affected the visa that much because I thought I’m so healthy, physically I can do anything,” Ms Vo, who lives in Canberra, told SBS News.

Advertisement
Sidney Vo and her son Billy don't want to leave Australia where they have lived for 10 years. Source: Supplied

In July, the government changed the way it calculated a visa applicant's potential burden on the health system, to make it easier for people with chronic medical conditions to come to Australia.

At the same time, the time frame for assessing the cost of care was changed from a person’s lifetime to just 10 years, giving younger migrants a much better chance of clearing the health hurdle.

“This should mean that no one with hepatitis B is prevented from obtaining a visa or being able to migrate,” Ms Eagle said.

“Within 10 years it’s highly unlikely that people are going to have much of a cost.”

But the rule changes have come too late for Ms Vo and her 12-year-old son Billy because her case was closed before they came into effect.

'Proud of being Australian'

The childcare worker first moved to Australia in February 2009 as a student. Her son was only young and Ms Vo says he thinks of Australia as his home.

“Billy first came here when he was just 19 months old so he wouldn’t have any memory or picture of Vietnam. He thought Australia was his country, his home.

Billy first came here when he was just 19 months old ... He thought Australia was his country, his home. - Sidney Vo

“He’s really proud of being Australian but we are not legally Australian.”

The pair also have the support of Ms Vo's auntie and two sisters who are Australian citizens or permanent residents living in Melbourne.

Ms Vo has pleaded with the Immigration Minister David Coleman to reopen her case and assess it against the new health spending cap.

“It’s really good news that the government has done something to make it easier for people who are in the same situation as me, but I wish that it would come earlier so we could appeal our visa,” she said.

The minister declined to be interviewed by SBS News, referring questions to the Home Affairs Department.

A department spokesperson did not comment directly on Ms Vo's case but said there was no opportunity to re-examine closed cases.

“The policy update applies to all undecided cases and new applications from 1 July 2019. It cannot be applied retrospectively to finalised visa applications,” a Home Affairs Department spokesperson said.

They said the migration health framework was "pragmatic and balances compassion and cost containment" by making health waivers available for some visa subclasses.

Hepatitis B in migrants

The World Health Organisation estimates there are 39 million people living with chronic hepatitis B in South-East Asia.

One in eight Cambodian-Australians and Vietnamese-Australians have the infection which causes liver inflammation and can lead to liver cancer if not managed.

While not genetic, it is often passed from mother to baby via bodily fluids although vaccines are now being rolled out in a bid to wipe out the infection.

Frequent enquiries from prospective migrants with hepatitis B about applying for a visa in Australia prompted Hepatitis Victoria to create a guide on navigating the application process and the health rules.

“We were having people whose visas were being rejected because of this future hypothecated cost of what they might impose on our health system and we understood it as a discriminatory cost,” Ms Eagle said.

She said the costs were often calculated based on old-fashioned ideas about treatment and didn’t take into account improved practices.

“People, provided they’re managed, are no longer the same type of ‘burden’ on the health system.”

Ms Vo, who most likely contracted hepatitis B as a child in Vietnam, takes one tablet a day to keep the condition under control.

While some temporary worker visas have a health waiver, the regional worker visa Ms Vo applied for does not.

She urged the government to consider her contribution to society as a full-time worker in an industry that struggles with employee shortages, and as a volunteer teacher at Canberra's Vietnamese school.

“I believe that is way more benefit than what I’m going to cost the government,” she said.

Sidney Vo manages her hepatitis B by taking one tablet a day. Source: Supplied

Her lawyer, Kathryn Viegas, said her chances would be greatly improved under the new rules.

“The difference between having your costs assessed over a 10-year-period and over the course of your lifetime is massive. For someone like Sidney, who is a young woman, the difference between 10 years and what could be another 50 years of her life is huge and will certainly make a difference to people in the future."

The difference between having your costs assessed over a 10-year-period and over the course of your lifetime is massive. - Kathryn Viegas, Lawyer

Ms Viegas, a Sydney-based accredited specialist in immigration law at Nomos Legal, said her client had proved she was worthy of becoming a permanent resident since moving here as a student.

“In that time, she has educated herself, she’s raised her son, she’s held down a job that really values her and she’s volunteered within her community so she’s pretty much an all-rounder.

Sidney and Billy with their Melbourne-based relatives. Source: Facebook

“She’s very much established within her community in Canberra. She has a lot of friends and relatives here in Australia so she has certainly got a lot to offer.

“Unfortunately she was caught out because of this chronic medical condition which … clearly has no impact on her day-to-day living.”

Ms Vo must return to Vietnam by mid-September and is weighing up whether to make a fresh visa application once there.