Federal, state and territory leaders will discuss developments in the spread of COVID-19 and the needed response during a phone link-up on Sunday. 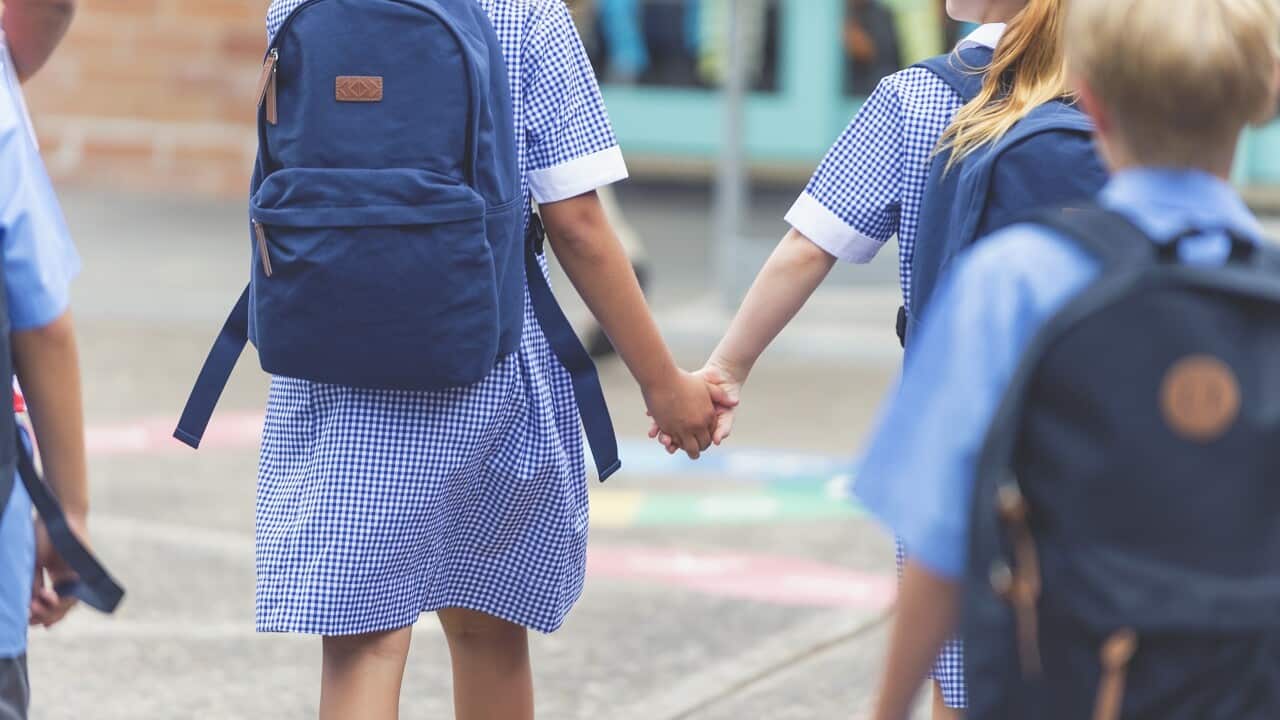 Australia's chief medical officer Brendan Murphy has said it is "too early" to close the nation's schools amid increasing cases of coronavirus.

On Friday, the government announced
all non-essential gatherings of more than 500 people would be banned but schools and universities could continue to operate
.

The new national cabinet to deal with COVID-19 will come together via a phone hook-up at midday on Sunday.

The weekly gathering was agreed at Friday's Council of Australian Governments (COAG) meeting and is made up of Prime Minister Scott Morrison, the six premiers and two chief ministers, as well as key federal ministers and medical experts like Professor Murphy.

Professor Murphy said the idea of closing schools was still being actively considered.

"There is no question we have a range of social distancing measures that we will not hesitate to recommend to government, but they've got to be proportional and they might last for a long time," he said when asked about school closures on ABC's Insiders program on Sunday morning.

"So you don't want to move too early."

But he insisted that "everything is up for consideration".

Professor Murphy also said globally, COVID-19 did not appear to be affecting children as badly.

"One of the interesting and positive aspects of this virus is that there have been very few reports of symptomatic infection in children. What we don't know is whether children are getting infected but just don't get symptoms," he said.

"They can still spread it or they're not getting infected. The former is probably more likely."

A number of individual Australian schools have decided to close, but the vast majority remain open.

Appearing with Professor Murphy, Health Minister Greg Hunt said, "the schools question will be very much guided by the medical advice".

"One of the things that they have talked about is not moving too early."

Mr Hunt said there was risk "of children being with grandparents, of taking parents out of the workforce who might be in the health and medical sector, disrupting supply chains - so maintaining the structure of society."

A person getting tested at a coronavirus clinic at the Prince Charles Hospital in Brisbane. Source: AAP

Labor's Chris Bowen said on Sunday, "it is becoming increasingly likely that some schools will be closed".

"My particular concern is in relation to health workers who are parents, if a school or child care centre is closed and they have obligations at the hospital ... they will find it difficult to meet those obligations," he said.

"There will be enough pressure on the healthcare system as it is without healthcare workers having to stay at home because schools have closed," he said.

"[And] we know the coronavirus impacts in particular on elderly people. It is not good practice to ask grandparents to look after kids."

On Saturday, secretary of the NSW Department of Education Mark Scott said school closures may actually increase the spread of the virus.

"If you just shut the schools, the kids are all down at the shopping centre or at the playground or at the movies, or perhaps being minded by grandparents or others - that may not actually be helping to limit the speed of the spread of the virus in the community," he told the ABC.

Professor Murphy also said on Sunday he felt next week's federal parliamentary sitting should go ahead after meeting with its presiding officers on Saturday, who are looking at a range of measures to reduce the number of people in the building including staff and visitors.