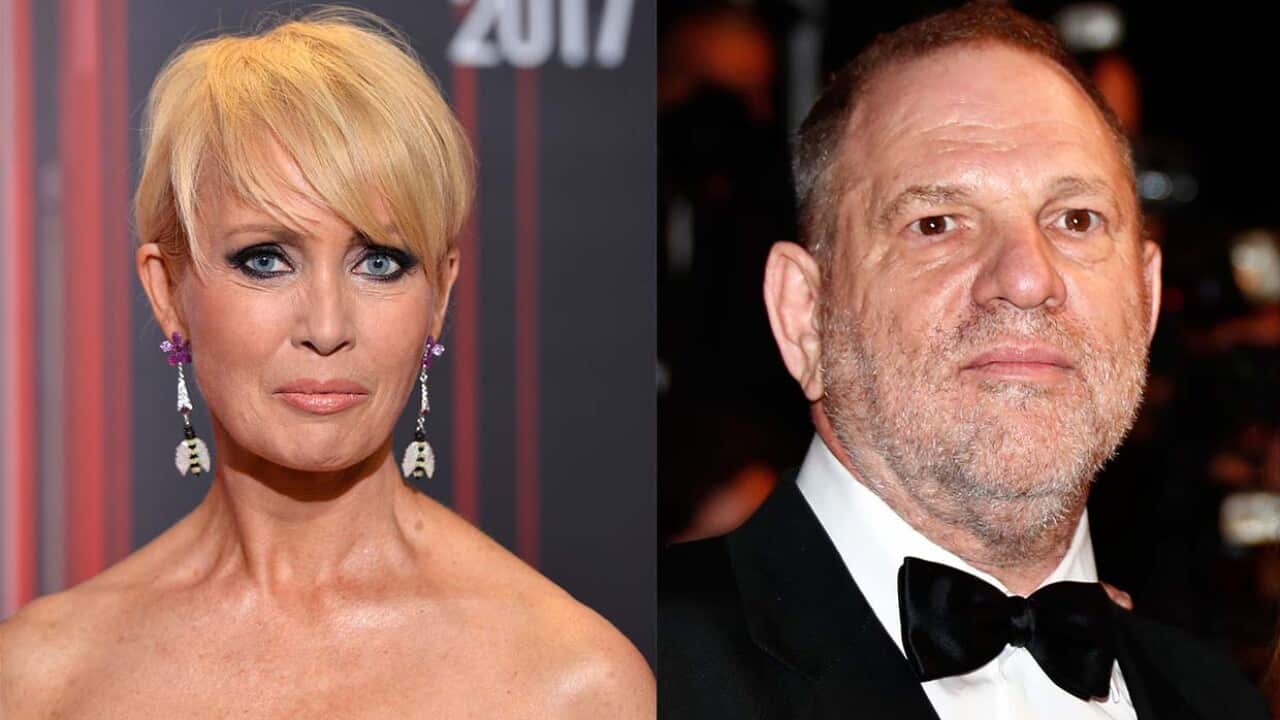 Lysette Anthony says she was raped by Harvey Weinstein almost 30 years ago in her London home. Source: AAP

A British actress has revealed she has told police Harvey Weinstein raped her in the 1980s.

Lysette Anthony says she has told the Metropolitan Police she was attacked by Weinstein in her London home almost three decades ago.

Scotland Yard has previously said it received an allegation of sexual assault without naming the producer.

The Hollyoaks actress's revelation follows several allegations of rape made by actresses in the US against Weinstein, all of which he has strenuously denied.

Anthony, 54, told The Sunday Times she met the producer when she starred in 1982 sci-fi film Krull and the alleged assault occurred a few years later.

She said it was a "pathetic, revolting" attack that had left her "disgusted and embarrassed".

On Wednesday Anthony tweeted that she had just reported a historical crime, adding "feel sick ... so sad".

The Metropolitan Police said it was passed an allegation of sexual assault by Merseyside Police the same day.

"The allegation will be assessed by officers from Child Abuse and Sexual Offences Command," the force said.

Dozens of actresses, including Hollywood A-listers Angelina Jolie and Gwyneth Paltrow, have made accusations of sex abuse against the 65-year-old movie mogul over the past 10 days, prompting the Academy of Motion Picture Arts and Sciences to call an emergency meeting.

In a statement they said the board had "voted well in excess of the required two-thirds majority" to expel Weinstein.

Through his spokeswoman, the movie mogul has "unequivocally denied" any allegations of non-consensual sex after three actresses said he had raped them in an article in The New Yorker.