US 'gives timeline' on refugee swap to Manus Island detainees

The United States will tell dozens of refugees held in an Australian-run offshore detention centre whether they will be offered resettlement in America within six weeks, two detainees have told Reuters. 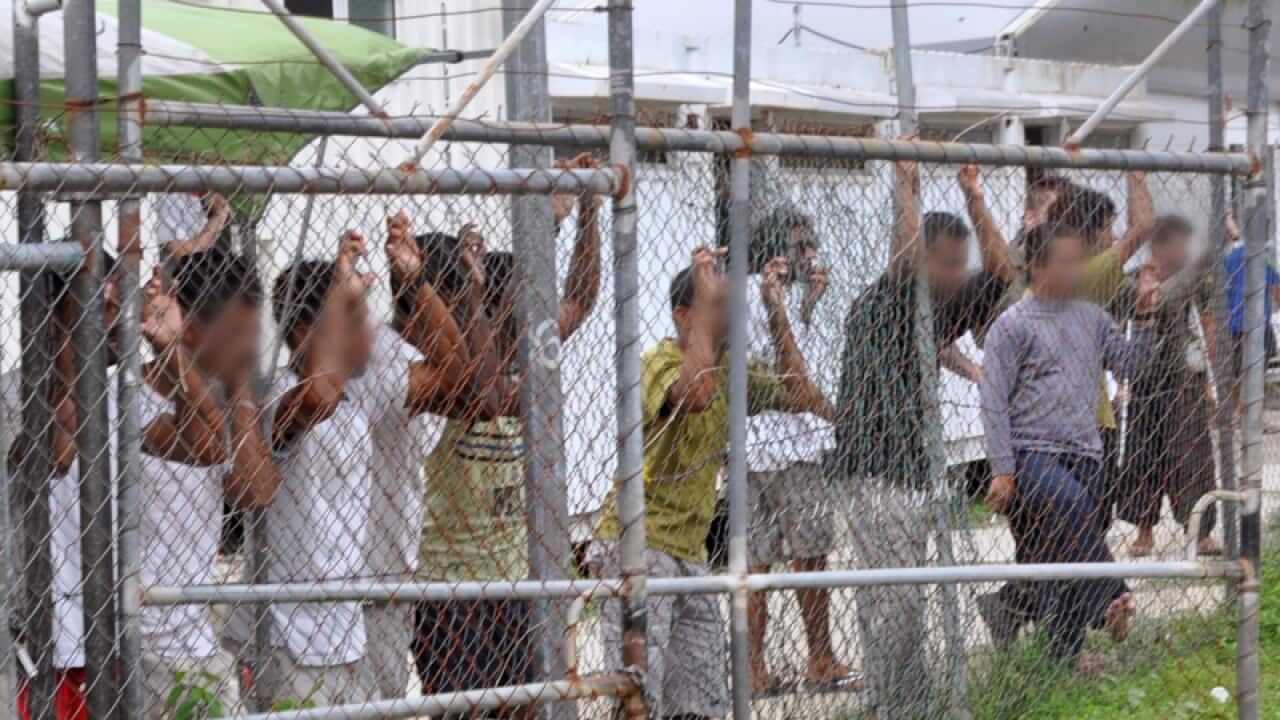 The deadline marks the first concrete timetable for a US-Australia refugee swap arrangement that sparked tensions between the strong allies after President Donald Trump described it as "a dumb deal" for America.

US officials representing Homeland Security this week returned to Papua New Guinea's Manus Island, home to one of two Australian-administered detention centers in the Pacific, to conduct medical examinations on 70 men.

The men last month completed "extreme vetting" interviews that lasted up to six hours, with in-depth questions on associates, family, friends and any interactions with the Islamic State militant group.

Advertisement
After completing the medical tests, refugees were told to expect a decision on their resettlement applications within six weeks, two of the Manus Island detainees told Reuters.

"They took some blood and did a chest X-ray. Afterwards they told me I would get a decision within 45 days," said one refugee who declined to be named for fear for jeopardising his application.

It is not clear how many of the 70 men vetted will be accepted for resettlement in the United States. The refugees include men from Pakistan, Afghanistan and Myanmar.

A spokeswoman for Australia's Minister for Immigration Peter Dutton declined to comment.

Former US President Obama agreed a deal with Australia late last year to offer refuge to up to 1,250 asylum seekers, a deal the Trump administration said it would only honor to maintain a strong relationship with Australia and then only on condition that refugees satisfied strict checks.

In exchange, Australia has pledged to take Central American refugees from a center in Costa Rica, where the United States has taken in a larger number of people in recent years.

The swap is designed, in part, to help Australia close one of its offshore centers that is expensive to run and has been widely criticised by the United Nations and others over treatment of detainees.

Trump's concession and a series of high-level visits by US dignities has since help mend connections between the two countries.

Underscoring the improved relations, the US embassy said on Thursday it considered a leaked video of Turnbull apparently making fun of Trump and alluding to ties with Russia "with the good humor that was intended".

Australia's hardline immigration policy requires asylum seekers intercepted at sea trying to reach Australia to be sent for processing to camps at Manus and on the South Pacific island of Nauru. They are told they will never be settled in Australia.

Human rights groups have condemned the intercept policy and the harsh conditions of the camps. Australia says offshore processing is needed as a deterrent after thousands of people drowned at sea before the policy was introduced in 2013.

Under pressure, Australia and Papua New Guinea will close the Manus detention center on Oct. 31, by which time Australia's hopes to have relocated the hundreds of men classified as refugees.

But the fate of approximately 200 men deemed non-refugees is uncertain.

Those not offered resettlement in the United States will be offered the chance to settle in Papua New Guinea or return home.

Australia has already offered detainees up to $25,000 to voluntarily return to their home countries, an offer few have taken up.

Related
Settlement for Manus detainees 'not an admission of liability', says Dutton
'We are in constant fear': Manus Island detainees appeal to New Zealand PM for asylum
Detainees warn of violence if forced to leave Manus Island detention centre