US sees no place for Assad in Syria's future, Tillerson tells G7

The United States sees no place for Syrian President Bashar al-Assad in any peace resolution for the war-torn country, Secretary of State Rex Tillerson said Tuesday. 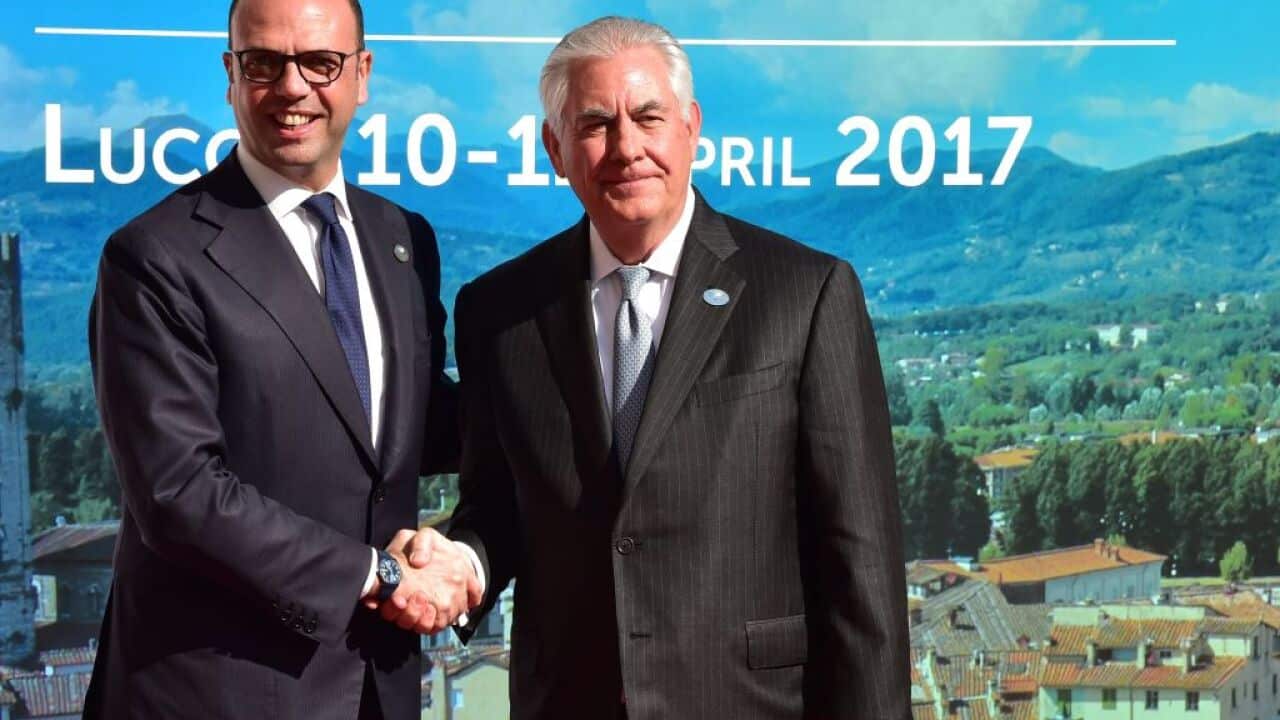 As the G7 called at a meeting in Italy for a diplomatic push to resolve the conflict and create a lasting peace for a unified Syria, Tillerson said: "Our hope is Bashar al-Assad will not be part of that future.

"The United States' priority in Syria and Iraq remains the defeat of ISIS," he added, using a term for the so-called Islamic State (IS).

"As events shift, the United States will continue to evaluate its strategic options and opportunities to de-escalate violence across Syria," added Tillerson, who was headed for crunch talks in Moscow after the meeting of G7 foreign ministers.

Advertisement
The G7 foreign ministers failed to agree on whether fresh sanctions should be imposed on the Syrian President or his ally Russia, Italy's foreign minister Angelino Alfano said.

"At the moment there is no consensus on new sanctions as an effective instrument," he said at the close of a two-day meeting in Italy, after British foreign minister Boris Johnson raised the issue with the Group of Seven.

The United States launched a retaliatory bombing raid on a Syrian air base after a suspected chemical weapons attack last week on a rebel-held Syrian town that killed at least 87 civilians.


Washington and its allies are pushing for Russia to rein in the Syrian regime but the G7 ministers failed to agree on whether fresh sanctions should be imposed on Damascus and Moscow.

Tillerson repeated his accusation that Russia had "failed to uphold the agreements that... stipulated Russia, as the guarantor of a Syria free of chemical weapons, would locate, secure, and destroy all such armaments in Syria".

As he headed to talks with his Russian counterpart Sergei Lavrov in Moscow, he said it was "unclear whether Russia failed to take this obligation seriously" or had "been simply incompetent".