Warringah debate: Abbott rival Steggall confirms she would back Coalition in hung parliament

The independent candidate taking on Tony Abbott in the Sydney seat of Warringah says she'd back a minority Liberal-National government in a hung parliament. 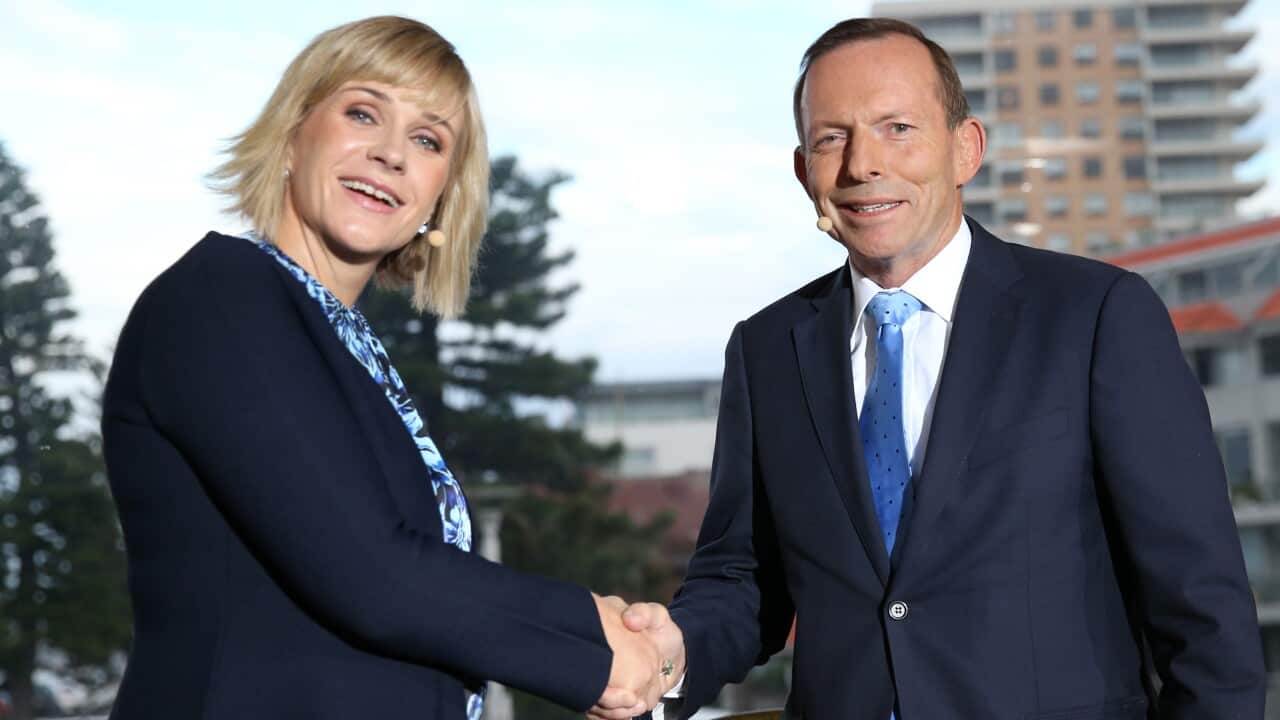 Labor continues to lead the coalition in published opinion polls but the gap has narrowed over the campaign to 51-49 in two-party terms.

Advertisement
Asked during a Sky News debate on Thursday about a possible minority government after the election, Ms Steggall - who is taking on
former prime minister Tony Abbott in his Sydney of Warringah
- said her "preference" was to give supply and confidence to the coalition.

However, she disagreed with the coalition's climate policy and would not support Labor's tax reforms, including changes to franking credits.

She said Labor's 45 per cent emissions reduction target was the "very minimum" needed.

Mr Abbott described the election as "very close" and warned a protest vote in Warringah would deliver a Labor government.

He rejected Ms Steggall's idea of an independent climate commission as sub-contracting decision-making to "unelected bureaucrats".