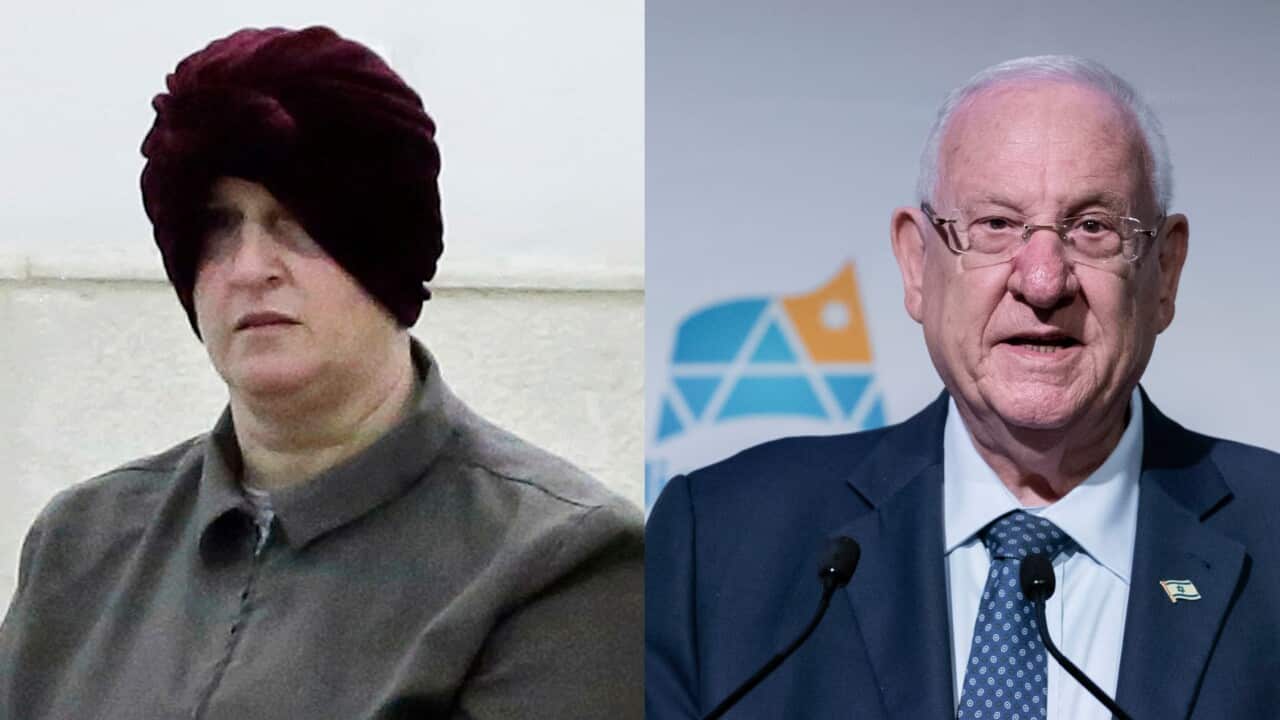 The Israel PM has said he will personally look into this case. Source: AAP

Australian politicians have been assured Israeli President Reuven Rivlin will personally work to speed up the extradition of an alleged paedophile to Australia.

Prime Minister Scott Morrison put the case directly to Mr Rivlin when they met in Canberra on Wednesday in what was described as a very warm encounter.

The pair discussed Australia's strong commitment to seeing justice in the case of Malka Leifer, a former Melbourne school principal who is facing 74 charges of rape and child abuse here.

On Wednesday afternoon, an alleged victim of Leifer, Dassi Erlich, told SBS News she "couldn't describe" her frustration at how long the extradition process has taken.

"It just seems to be never-ending and we just want an end date. I don't think there are any words to describe our frustration at this point," she said, also referring to her sisters, Nicole Meyer and Elly Sapper, who were also victims.

"It's dragged on for so long already why wait any longer if the proceedings drag on, have they not dragged on long enough?"

It's understood the Leifer case has been raised by almost every person the president has met during his three-day visit to Australia.

Liberal MP Dave Sharma and Labor's Josh Burns also discussed the case with Mr Rivlin, just over a fortnight after they raised it in parliament.

Mr Burns said he was keen to highlight the matter on behalf of his constituents - Ms Erlich, Ms Meyer and Ms Sapper.

"I was pleased that President Rivlin advised me that if hearings scheduled this week do not see this matter progress towards Malka Leifer being extradited to Australia, he will personally meet with the chief justice of Israel to discuss how this matter can be expedited," Mr Burns told AAP in a statement.

"This matter has dragged on far too long. These victims deserve justice and I will continue to fight until Malka Leifer is back in Australia facing trial."

"We hope that the President will actually stay true to his word and bring it up with the chief justice," Ms Erlich said.

Mr Sharma said Mr Rivlin had committed to emphasising to all arms of the Israeli state the priority Australia has placed on the extradition.

Mr Rivlin and Mr Morrison also talked about their nations' responses to the coronavirus outbreak, in particular the effective measures Australia has put in place to stem its spread.

To date, Israel has only recorded two cases of the virus but there are fears about an outbreak in nearby Iran.

The leaders also touched on defence and security cooperation, deepening science and technology links, and the long friendship and enduring people-to-people ties between Australia and Israel.