What are the climate commitments at the 'One Planet Summit' in Paris?

Moving away from using fossil fuels and leaning heavily on businesses to green up their act, the "One Planet Summit" in Paris on Tuesday set out a raft of wide-ranging commitments to turn the tables on climate change. 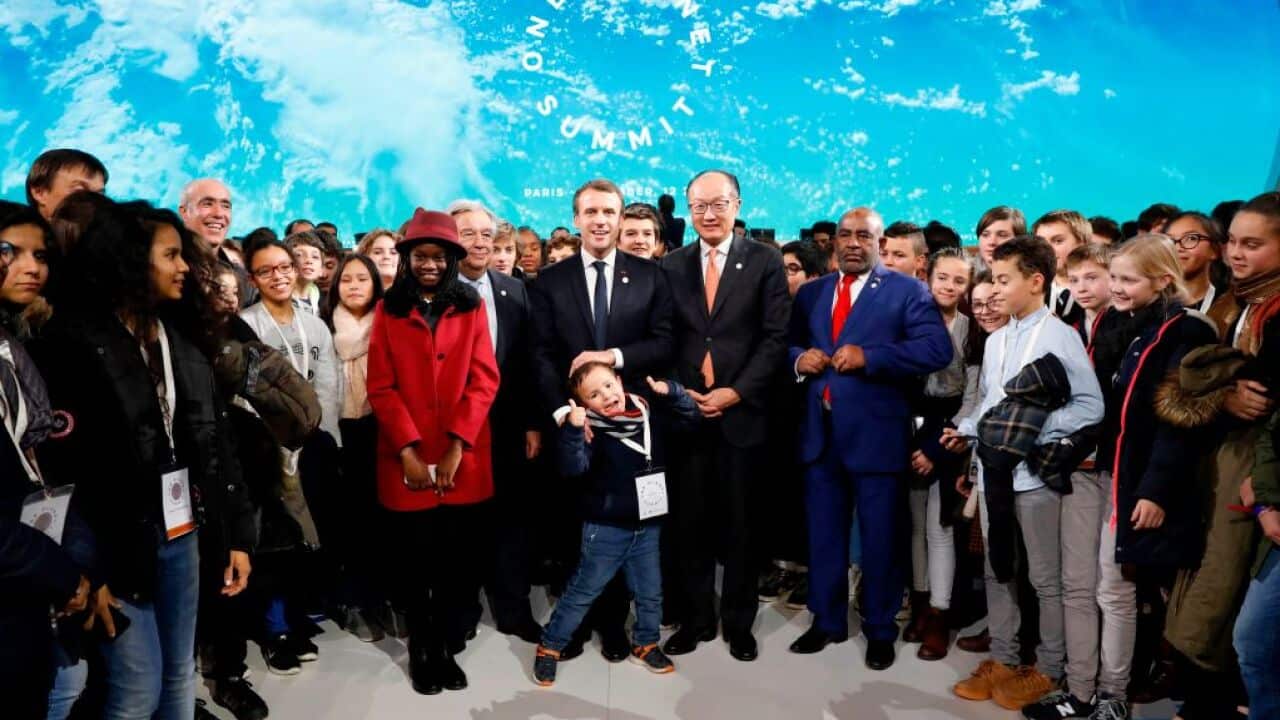 Here are five of the major areas covered during the summit:

The World Bank said it would stop financing oil and gas exploration and extraction -- representing about two percent of its current portfolio -- from 2019, becoming the first multilateral bank to take such a step.

Advertisement
From next year the bank will publish a yearly index of greenhouse gas-related projects it provides funding for and will price in carbon costs when it comes to assessing future investments.

RELATED READING
Warming Arctic is 'new normal', will affect us all: report

Insurance giant Axa announced it will cease investing in any company involved in the construction of coal plants and will withdraw about 2.5 billion euros ($2.9 billion) from the sector.

More than 200 large-scale investors, including HSBC and the major US pension fund CalPERS, have agreed to put pressure on the world's 100 most polluting companies to persuade them to reduce emissions.

The "Climate Action 100+" initiative will target oil giants such as BP and Chevron as well as transport behemoths Airbus and Ford and mining groups ArcelorMittal, BHP Billiton and Glencore.

The French Development Agency (AFD) signed agreements with a clutch of African states including Niger and Tunisia to help them in their fight against climate change, including countering the effects of erosion.

Under the agreements, 30 million euros will be set aside for 15 developing counties over four years.

The Bill & Melinda Gates Foundation and the European Commission promised to earmark more than $600 million for agricultural research to combat the effects of climate change.

The Gates Foundation itself pledged $315 million to help the poorest players in the sector, notably in Africa, adapt to global warming, while the European Commission pledged $318 million.

Investors turn back on fossil fuels at Paris climate summit

Major investors vowed Tuesday to move away from Earth-warming fossil fuels as world leaders met in Paris seeking to unlock new cash to save humanity from climate "doom".

Two years to the day since 195 nations sealed the Paris Agreement to avert worst-case-scenario climate change, banks and companies announced billions of dollars of intended divestment from coal, oil, and gas at a finance-themed climate summit.

But conference host France, as well as the UN and World Bank, said efforts to shift the global economy into a green energy future were too little, too slow, as a report warned that melting Arctic ice will trigger extreme weather worldwide.

"We are losing the battle," against climate change, French President Emmanuel Macron told delegates. "We are not moving fast enough."

For his part, UN Secretary-General Antonio Guterres said continued subsidies of fossil fuel amounted too humanity "investing in its own doom".

"We are in a war for the very existence of life on our planet as we know it," Guterres told more than 50 heads of state including Mexico's Enrique Pena Nieto, Britain's Theresa May and Spain's Mariano Rajoy, at the summit called by Macron.