People breaching self-isolation could be hit with steep fines or jail time. 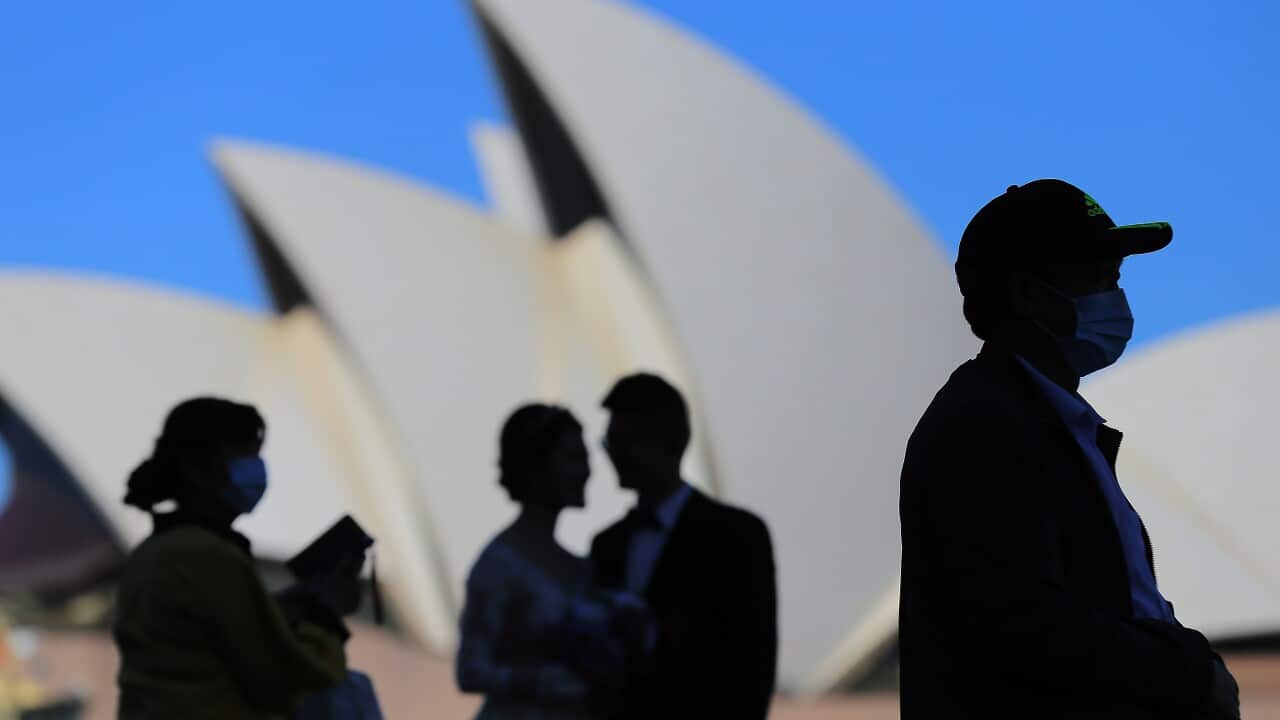 All international arrivals to Australia are now required to self-isolate upon arrival for 14 days after Prime Minister Scott Morrison stepped up measures to contain the spread of COVID-19.

The strict quarantine measures came into effect at midnight on Sunday, sparking a race to the airport for some to try to beat the deadline.

But for tourists and Australians returning home now, what exactly does self-isolation mean and how will it be enforced?

Upon arriving at the airport, people are firstly encouraged to use personal transport such as a car to get home to minimise their exposure to others.

Those who are healthy are not required to wear a mask unless they are a suspected coronavirus case or have travelled through an at-risk region.

With demand for public transport, taxis and ride-sharing services unavoidable these passengers are advised to cover their face, avoid contact with others, and practice good hand, cough and sneezing hygiene.

The guidelines from the Department of Health explain self-isolation means those in quarantine need to “stay at home” with no contact with visitors.

This requires them not to attend public places including work, school, childcare or university and for only people who usually live in the home to be there.

Family or housemates living with someone required to self-isolate do not need to do the same - unless they begin to develop symptoms of the virus.

People who breach self-isolation could also face heavy fines of up to $50,000 and even jail time under state powers if they break quarantine measures.

Some states already had the ability to impose self-isolation through punishing those who fail to comply with public health orders, while some states including Queensland and South Australia passed new laws to deal with the issue.

In Western Australia, people breaching quarantines face the harshest financial penalties with fines ranging from $5,000 to $50,000.

The penalties are enforceable under the state’s Public Health Act and the Emergency Management Act.

People in New South Wales face fines of up to $11,000 or jail time if they do not comply with self-isolation orders.

Victoria can fine people up to $19,826 for defying a public health order after Premier Daniel Andrews declared a state of emergency under its Public Health and Wellbeing Act on Monday.

Victorian Premier Daniel Andrews speaks to the media during a press conference at the State Control Centre in Melbourne. Source: AAP

In Queensland, powers to enforce restrictions on travellers in self-isolation are covered by the state’s Public Health Act with a maximum penalty of $13,345.

Meanwhile, under South Australia’s Public Health Act, those who don’t comply with an order or direction can be forced to pay up to $25,000.

In the Northern Territory, chief minister Michael Gunner said those who break self-isolation could face up to six months in prison.

Meanwhile, under section 42 of Tasmania's public health act, the maximum fine is $8,400.

How will the authorities know if you leave the house

The quarantine measures have prompted questions over how authorities will enforce the restrictions on movement.

While there are hefty fines available, authorities are hoping it won't come to that citing Queensland's 99 per cent compliance rate so far.

But states are promising regular police checks to ensure people are staying within their four walls.

The prime minister has also suggested a “dob in” system telling people that if their “mate has been to Bali” and comes into work to tell them “they will be committing an offence”.

NSW Premier Gladys Berejiklian has also called on others to "dob each other in" saying those who break self-isolation are putting the lives of others, particularly vulnerable groups like the elderly.

“This is life or death,” she said.

Queensland’s Premier Annastacia Palaszczuk has said there would be random police checks to monitor compliance.

But there is a general sentiment from the nation's leaders the punishments are meant more as a deterrent.

Victorian Premier Daniel Andrews said the fact the emergency powers in his state have “never been used before” demonstrate the “nature of the public health emergency”.

WA Premier Mark McGowan has described the outbreak as an “emergency situation” in which everything is being done to "protect the public”.

Can you leave the house to walk the dog?

People who do have an outdoor area are allowed to go outside in their garden or courtyard, but residents in apartment buildings are asked to “wear a mask” while in shared spaces.

The advice is you shouldn't leave to take the dog for a walk and some pet owners are being advised to rely on neighbours, friends, relatives or dog-walking services.

If people must leave home, such as to seek medical care, they are advised to wear a surgical mask or take care not to cough or sneeze on others.

Those in isolation are told to monitor themselves for symptoms including fever, cough or shortness of breath.

People in isolation are advised to ask others not in quarantine to get their required food and necessities.

What help is available for those in self-isolation?

There are signs of community support to help those forced into isolation including some neighbours sharing messages offering to assist those in need.

Charities like the Red Cross are also stepping up to provide assistance to those cut off.

Acts of kindness could become even more important with suggestions that elderly people may need to voluntarily self-isolate to protect themselves.

Prime Minister Scott Morrison has said he is relying on Australians to exercise their common sense.

“Now Australians can deal with this,” Mr Morrison said on Sunday.

Victoria, South Australia and the Australian Capital Territory have all imposed a “state of emergency” to ramp up their public health response to the outbreak.