What is preferential voting and how will it shape the result of this federal election?

Under Australia's preferential voting system, voters can rank the candidates for both houses of parliament. But what does this mean? 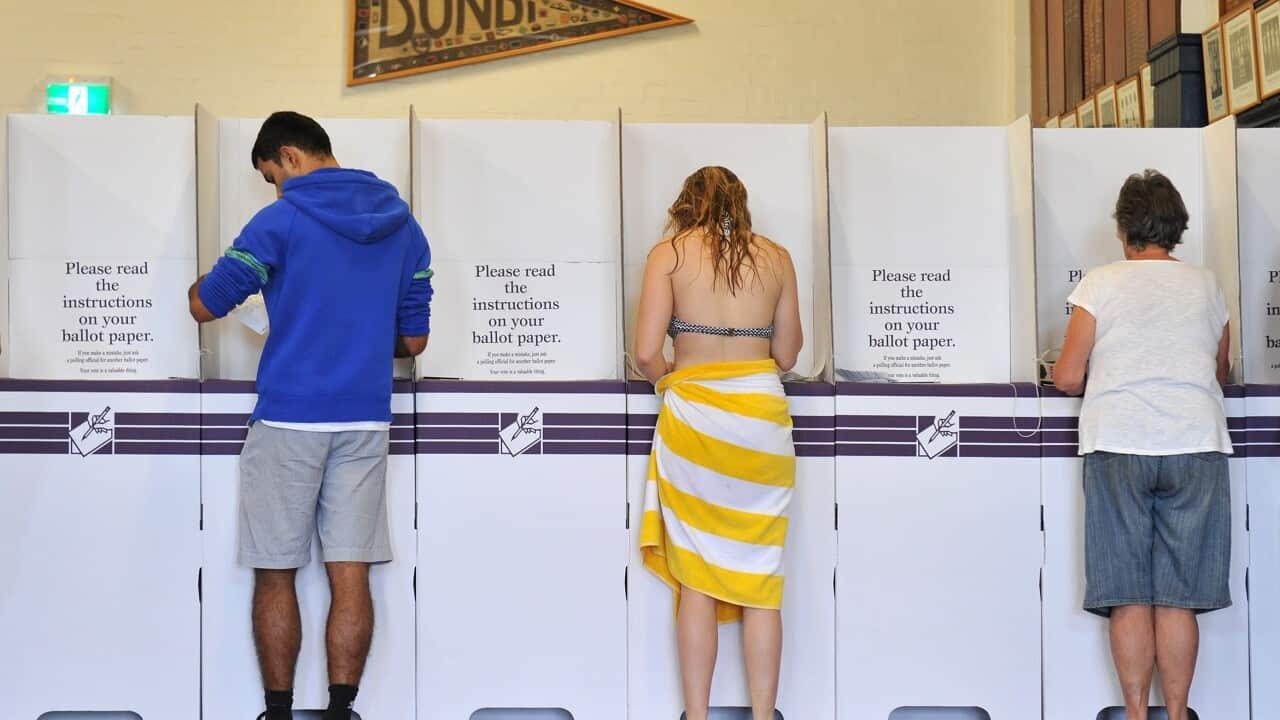 As the polls point to a tightening contest between the major parties, preference deals could be crucial in determining the result of the federal election.

That’s why there’s been a lot of fuss about preference swaps involving Clive Palmer’s United Australia Party, One Nation and the major parties.

But it’s important to remember that these deals aren’t binding on the voter.

Advertisement
Parties produce how-to-vote cards instructing voters which order to rank candidates, based on what would benefit them the most, but the choice is entirely up to each individual.

Australia’s preferential voting system is designed to maximise your vote even if your number one choice doesn’t win.

On federal election day, voters will be given two ballot papers - one for the House of Representatives and one for the Senate.

On the green House of Representatives ballot paper, voters will need to put the number 1 next to their first choice and then number every other box in order of preference.

Once all the votes are in, electoral commission staff start by counting first preference votes.

If no one candidate secures an absolute majority, the candidate with the least number of votes is eliminated from the count.

The votes for the eliminated candidate are then redistributed among the remaining candidates starting with the number two preference from the original ballot.

READ MORE
What lessons can the federal parties take away from the NSW election?

This process of elimination based on the preferences continues until one candidate secures an absolute majority.

As Evan Ekin-Smyth from the Australian Electoral Commission explained to SBS News, “your ballot keeps on travelling from preference to preference until it ends up in a pile and counted".

"So ultimately, you preferencing number seven ahead of number eight means that you might get that candidate ahead of your least favourite candidate which is important.

Mr Ekin-Smyth said that's why it's vital" to number every box on the green ballot paper.

"Preferential voting essentially means that your vote can go further. If your preferred candidate, your number one candidate, doesn't end up being one of the top two candidates, in many systems your vote would then be set aside," he said.

"In the Australian system it's not, so carefully number every box on the House of Representatives ballot paper, the green ballot paper, because your vote will be counted."

Dr Peter Chen from the University of Sydney said preferential voting allows for a greater number and diversity of candidates.

"In the Australian system using the numbering preference system it can mean that a less popular candidate can be eliminated and the general preferences that the elector has can be redistributed until one candidate receives 50 per cent plus one for the lower house of the votes," he said.

"And Australia really introduced that with an attempt to, in a sense, facilitate a more diverse range of political parties and candidates to run and it's associated with in a sense the growth of some of the minor parties in Australia."

It gets a little more complicated when it comes to the Senate ballot paper.

If you vote above the line, you must number at least six boxes in order of preference or you can vote below the line for individual candidates.

If you vote below the line, you need to number at least twelve boxes.

Senate voting is counted in a different way to voting for the House of Representatives because multiple people are elected in each state and territory.

Successful candidates will have achieved more than a certain proportion of the total votes.

Candidates who have more than the required proportion of the votes have their surplus votes redistributed according to the voters' order of preference.

Once all the available positions are filled, the remaining candidates are eliminated.

What preference deals have been done?

The Liberal Party will preference Clive Palmer’s United Australia Party above Labor, while Labor will put the Greens above coalition candidates on its how-to-vote cards.

The Liberal Party will either give Mr Palmer’s populist minor party the number two spot on how-to-vote cards or place them above the Labor candidate.

It’s a big boost for the mining magnate’s chances of returning to Parliament in the Senate.

In return, Mr Palmer’s party will tell its supporters to give coalition candidates its number two preferences.

But Bill Shorten denies it seriously entertained making a deal with the mining magnate.

The deal is expected to shore up the coalition’s chances of hanging on to key Queensland seats where Mr Palmer’s party is polling strongly, but it all depends on whether voters follow how-to-vote cards.

There’s also doubts the small party will be able to muster enough volunteers available to hand them out at polling booths.

While Prime Minister Scott Morrison directed the Liberal Party executive to place One Nation below Labor on its how-to-vote cards, its coalition partner has made a different choice in several Queensland seats.

Nationals Leader Michael McCormack said they’re more aligned with Pauline Hanson’s party so they deserved to be higher than Labor and the Greens.