As Australians grapple with not leaving their homes "unless absolutely necessary", many are left wondering when the COVID-19 pandemic - and the strict measures to try and curb it - will end. 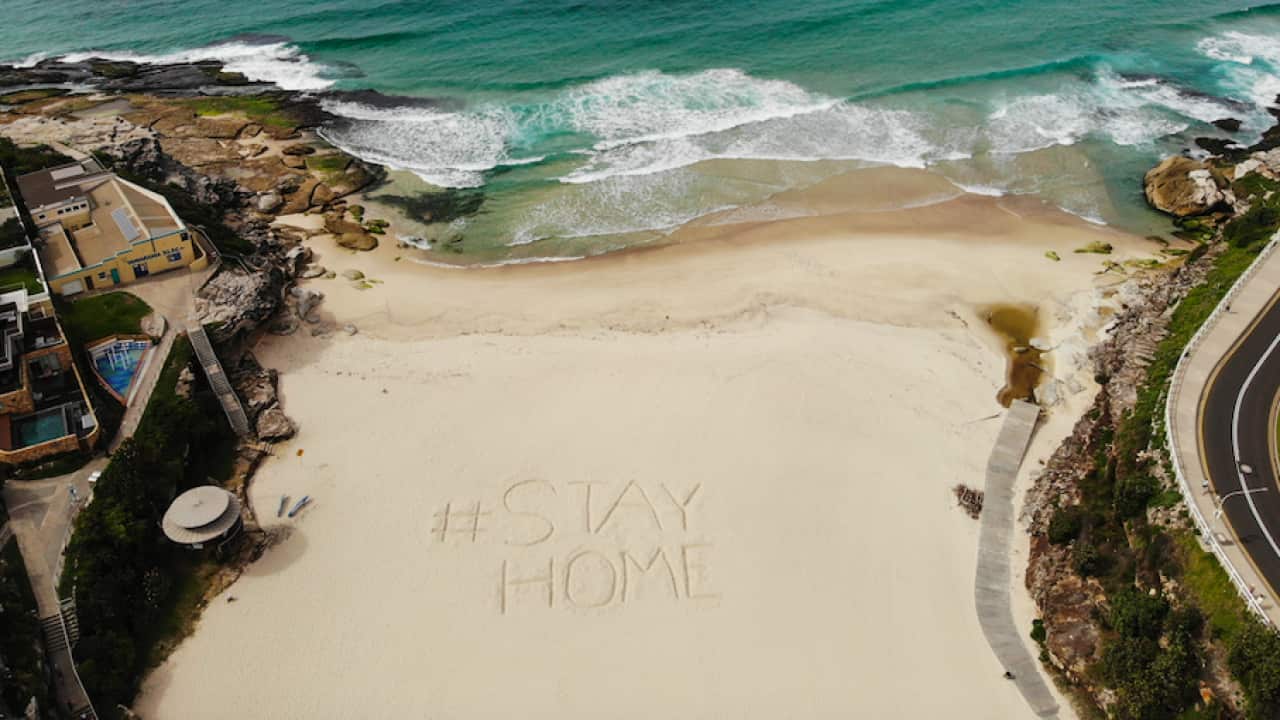 People across Australia are entering another week adhering to
the government's restrictions on leaving their homes
, with many now anxiously looking to the future.

How long will it be until beaches reopen, football (of all codes) returns and people can have a drink at a pub again?

Here, one health expert says we may have to get used to a different way of living for some time.

The Federal Government has repeatedly said the COVID-19 pandemic will affect the country in some way for at least six months.

Prime Minister Scott Morrison told reporters that Australians should be prepared "to completely change the way they are going to live for the next six months at least".

Health Minister Greg Hunt said on the ABC's Insiders program "we view this as a six-month window for Australia. Now, that time might be shorter, it might be longer, but that's our best estimate on the arc and course of the virus".

SBS News contacted the Department of Health about how the government arrived at the six-month figure but did not receive a reply.

But that does not mean all current COVID-19 restrictions will be in place for a full six months or beyond.

NSW gave the clearest indication of a timeline last week, announcing the state's coronavirus isolation rules will last for at least 90 days.

"I certainly won't be seeking an extension - people will have gotten the message by then - hopefully," NSW Police Force Commissioner Mick Fuller said.

SBS News asked NSW Police how it came to the 90-day figure, but the reply did not directly answer the question.

Meanwhile, others in the NSW Government have stressed that the effects of the pandemic could last until the end of the year.

"If you live in the regions you must make the tough call to tell any friends and family in the city you'll see them at Christmas, no sooner," Deputy Premier of NSW John Barilaro said in a statement.

What about the timelines overseas?

Other world leaders now seem to be using longer timelines than originally suggested, and ones that are similar to that of Australia.

Some initially played down the severity of the outbreak and gave optimistic timelines about returning to normal life.

In mid-March, US President Donald Trump said the crisis would be over by Easter, and UK Prime Minister Boris Johnson said the worst of the pandemic could be over in 12 weeks.

Both countries have since been hit hard by COVID-19 and the statements have been revised.

United States President Donald Trump has been hugely critical of the WHO. Source: Getty

Mr Trump has backpedalled from his Easter claim and extended coronavirus social distancing guidelines by at least another month.

"I think three weeks for review, two or three months to see whether we've really squashed it. But about three to six months ideally," she said.

Could Australia downgrade its restrictions?

So will normal life, or something resembling that, return in three months, six months, by Christmas, or beyond?

Professor Peter Collignon, an infectious diseases expert at the Australian National University, said the pandemic will not be ending any time soon.

"This problem is going to continue until a lot of us are either immune, which means we've caught the infection, which is not a good idea, or we get a vaccine that is safe and effective," he said.

Professor Collignon, who has also worked for the World Health Organization, said that means people in Australia will need to get used to some form of pandemic-affected life for a while.

"I don't think life is going to be normal in three months. It would be nice if life was reasonably normal in six months, but that's the earliest horizon," he said.

"My honest view is this will go on for 18 months to some degree."

Because of that, Professor Collignon said Australian governments will need to loosen restrictions so they are sustainable for the medium to long term.

But, he said, the country is in a good place to be doing so.

"Our curve has turned and we're getting really low levels of community transmission."

Professor Collignon dismissed recent restrictions in NSW and Victoria in particular as "draconian" and said Australia should revert to restrictions rolled out at the earlier stages of the pandemic.

By that he meant overseas travel restrictions, closed bars, restaurants and entertainment venues, a ban on mass gatherings, and a push for effective social distancing.

He also said if the pandemic grinds on, governments will "have to rethink going to work and how we have our children educated ... Particularly when children seem to be low-risk spreaders".

"What we put in place has to be proportionate to the risk ... The people we need to restrict more than others are those in the biggest risk groups."

Professor Collignon pointed to Singapore and Hong Kong as places that have been able to manage their outbreaks without entering into full lockdowns.

But, he said, there is one big problem on the horizon, and that is the Australian winter.

"Every winter you have ten times more transmission of respiratory viruses than summer or autumn," he said.

"The real worry for Australia is June to early September. That's when we might have to be more restrictive on what we do."