Victorian Premier Daniel Andrews says even if people won't be fined for attending a protest in solidarity with Black Lives Matter, they shouldn't go. 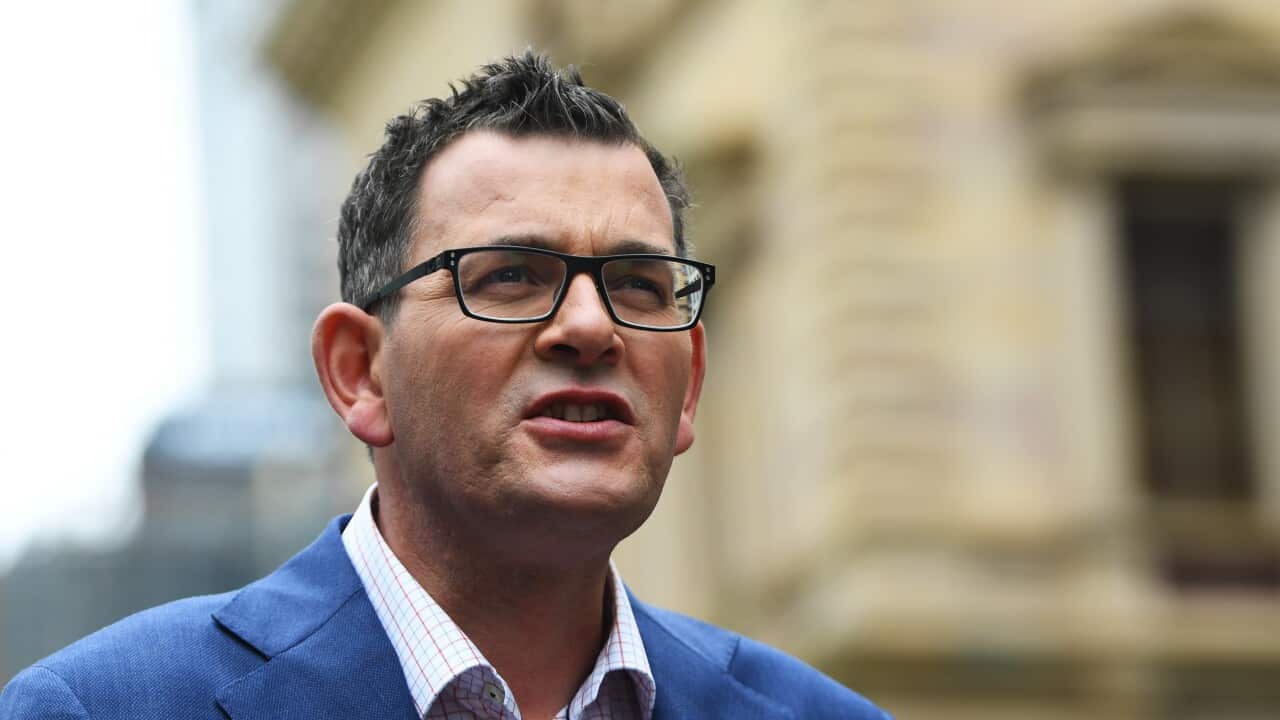 Victorian leaders are urging people not to attend a Melbourne protest against Aboriginal deaths in custody, even if they won't be stung with coronavirus fines.

Thousands of people are expected to attend the rally on Saturday outside Victoria's Parliament House, which has been organised by the Aboriginal community to show solidarity with the Black Lives Matter movement.

Ongoing rallies about police violence against black Americans are being held across the United States, after unarmed black man George Floyd died at the hands of police in Minneapolis.

Victoria Police don't think it is feasible to arrest or fine people for breaking COVID-19 rules at the Melbourne event, which more than 17,000 have said online they will attend.

Premier Daniel Andrews said that didn't mean the restrictions shouldn't be followed, saying "they're there to keep people safe".

"I'm not going to the protest. I would suggest to other people they shouldn't go to the protest either," he told reporters on Thursday.

Demonstrators in Western Australia draw attention to Indigenous deaths in police custody. A similar event is planned for Melbourne over the weekend. Source: Aaron Fernandes

"I understand the depth of feeling on this issue, but I might make the point this way - enough people have been hurt.

Health Minister Jenny Mikakos is also urging people not protest at the weekend.

She noted the vulnerability of Aboriginal people, particularly those aged older than 50.

"Black lives do matter. We know that Aboriginal people are more susceptible to becoming severely ill if they contract coronavirus, and I urge them to heed the advice of the chief health officer to follow all of the health advice, and that is to stay home," she said.

Event organisers Warriors of the Aboriginal Resistance have shared a list of COVID-19 precautions that must be followed, including wearing masks, bringing hand sanitiser and maintaining social distancing.

"We will protest because we believe that standing up for Black peoples right to life is an ESSENTIAL SERVICE," they posted on Thursday.

"We are working closely with health authorities to make sure the march will be as safe as can possibly be."

Opposition police spokesman David Southwick said it was "astonishing" the premier was allowing police not to fine protesters, given the restrictions had prevented some people from attending the funerals of loved ones.

"The rulebook is out the window on Saturday because Daniel Andrews will not show consistency on this matter," he told reporters.

"How can anyone think this is fair?"

Upper house Liberal MP David Davis said Western Australia had been on top of the Spanish flu in 1919 before a peace rally celebrating the end of World War One sparked a spike in cases and deaths.

"Having large, mass rallies is a very dangerous matter at this point in time," he said.