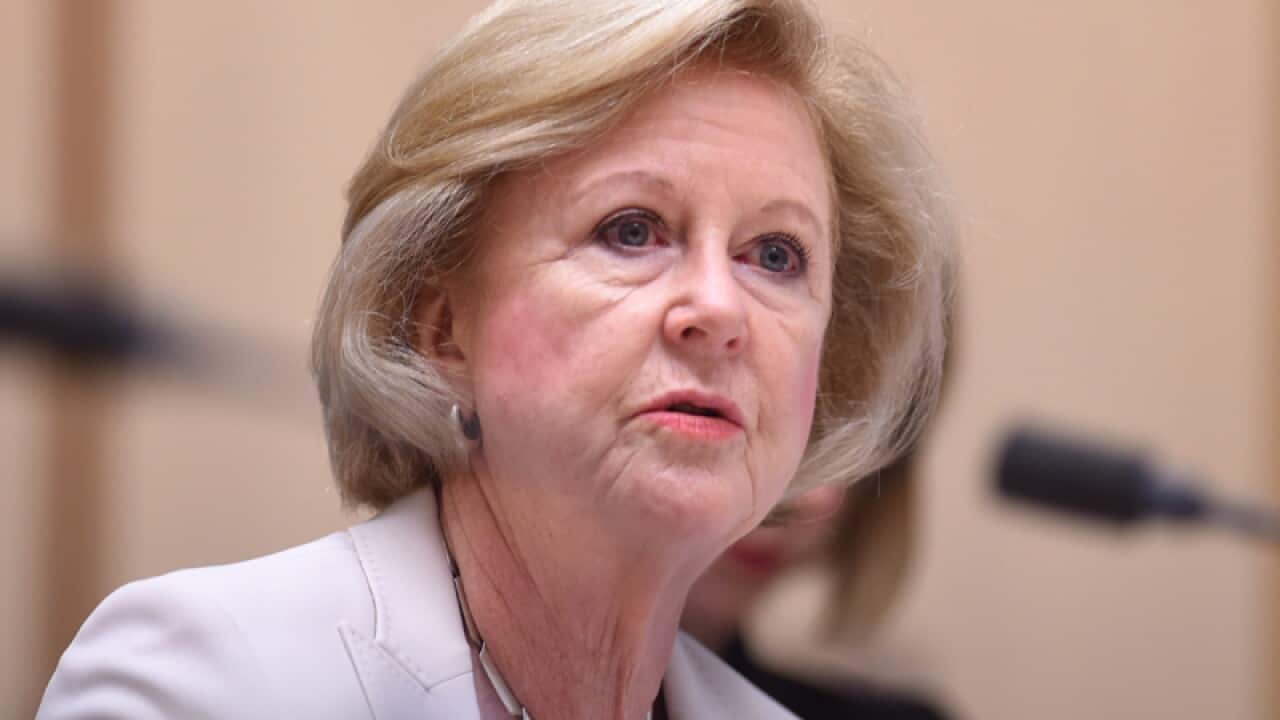 Human Rights Commission President Gillian Triggs has come to the defence of Yassmin Abdel-Magied, saying recent attacks on the social advocate over a controversial Anzac Day post were examples of Islamophobia.

Ms Abdel-Magied has come under pressure over the post in which she wrote: "Lest. We. Forget. (Manus, Nauru, Syria, Palestine...)."

She later took it down, acknowledging criticism that the post was offensive and insensitive.

"The requirement that a citizen should speak English, while reasonable on its face, is problematic because it is open to official abuse and to a discriminatory impact," she said.

“A recent example of the growing tolerance for demonising Muslims generally has been the controversy over a Facebook comment on ANZAC day by Abdel-Magied, a hijab-wearing Muslim woman,” she said.

“She drew attention to the plight of detainees on Manus Island and Nauru, and of the refugees from Syria and Palestine.

“Despite a speedy apology for what she conceded was a disrespectful comment on this day of remembrance, this relatively minor incident has been used to demand the removal of Abdel-Magied from the Council of Australian-Arab Relations, to constrain her right to freedom of speech and to demand that, as an Australian resident since she was a young child, she should return to Sudan, her country of origin.”

Professor Triggs said it was encouraging that Foreign Minister Julie Bishop had not succumbed to those demands.

The headscarf had become a “lightning rod” for attacking Muslim women, she added.

“How can and should Australians respond to such a damaging mix of racism, misogyny, national populism and legal isolation from our international obligations?," Professor Triggs said.

“One response is to present the facts and evidence, to inform public debate with balanced scholarship and to ensure that we have the laws in place to protect fundamental freedoms.”

Muslims had a long history of engaging in Australia, she said.

“The research is clear however. The Muslim community is disproportionately subject to 'hate speech' and discrimination in employment and the delivery of goods and services,“ Professor Triggs said.