Thousands of antiquities taken from Papua New Guinea are being returned as Australia rebuilds relationships with its Pacific neighbours.

Australia’s long, deep ties with Papua New Guinea have been celebrated during this weekend’s APEC meeting in Port Moresby, including the largest return of traditional artefacts by an Australian museum.

The decades-long project has involved thousands of PNG objects being repatriated to the National Museum, with thousands more still to go.

Everyday, disposable items from PNG make up the MacGregor collection at the Queensland Museum, assembled more than a century ago. Kari Thomas from the PNG community in Brisbane is at the museum contributing to the “Kambek”, or “come back”, book to help interpret one of Australia’s great collections of PNG artefacts.

Holding a plain woven, palm-leaf bag that is more than 100-years-old, she is overcome with emotion.

“Sorry,” she said with a tear in her eye.

"Because I’ve been in Australia for a long, long time, when I see these things, it takes me back home.”

Ms Thomas is from the famous Hanuabada village on stilts over water near the fringe of the capital Port Moresby but in the decades since she came to Australia the palm leaf bags are now rarely made or used there. This PNG collection consists of rare, fragile daily items sent to the museum by Sir William MacGregor, the colonial governor of Queensland colony of British New Guinea in the late 1800s.

“It gives a glimpse of ordinary lives, usually the flashy gets collected and the mundane forgotten about,” said Queensland Museum’s head of cultures and history Chantal Knowles .

“MacGregor very much had the people of Papua New Guinea in mind. ‘Kambek’ grew out of a collaborative project with the PNG National Museum and Art Gallery and Sydney University called ‘Excavating MacGregor: Reconnecting a Colonial Museum Collection’ has uncovered about 11,000 items.

They have been stored at the Queensland Museum and other institutions for 120 years.

Since PNG independence in 1975, the about 4,000 pieces have been returned to the country's National Museum to form its primary collection. 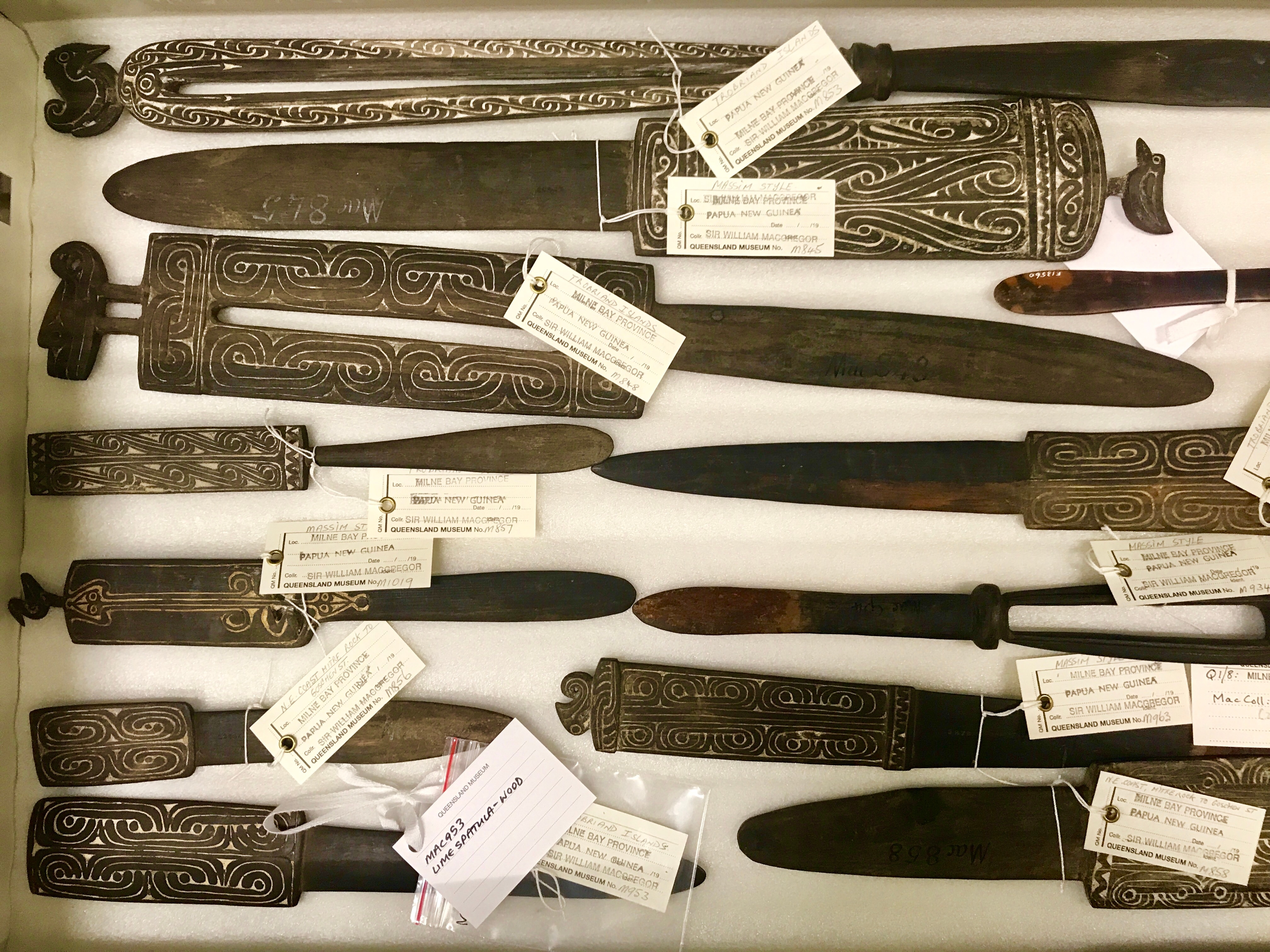 Spanning two countries, the two museums wanted the collection to reconnect with PNG people in Australia and at home.

PNG-Australian researcher and editor Kiri Chan documented dozens of stories, including how her own, in the ‘Kambek’ book published to coincide with the APEC leaders meeting in Port Moresby.

“People go, ‘oh artefacts’, buy them to hang on their wall at home but what they don’t realise that they all have a story,” said Ms Chan.

"I like to fly kites when I started here (at the Queensland Museum), I was going through fishing gear and I saw a fishing kite, so I started to research it,” said Ms Chan. “But I think Kari’s is one of my favourite stories,” she said.

Not all the objects are going home. Thousands of duplicates will remain in Australia.

"We are so far away from home, and, coming to the museum, you come and see the things and it brings you home,” said Ms Thomas with a laugh.

“I’m glad that they are here and I can see them and my children can have that opportunity too.”